William Willett – a man ahead of his time 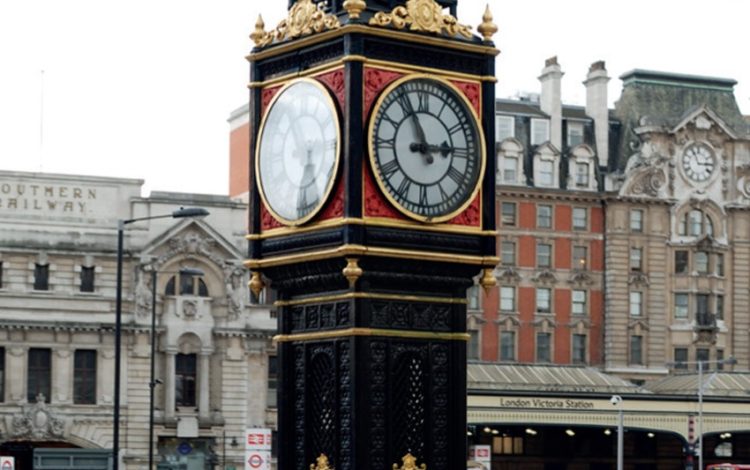 Little Ben, which used to show the correct time only in summer
View Full Size
1
of 1

Mark Mason pays tribute to William Willett, the man behind British Summer Time, which this year celebrates its centenary

You didn’t just put the clocks forward at the end of March: you celebrated the 100th anniversary of putting the clocks forward. It was in 1916 that William Willett’s campaign for the introduction of British Summer Time finally bore fruit. The change has allowed us a century of increased daylight – as well as defeating at least two criminals in the process.

Willett was a builder who lived near Petts Wood in Kent. Early one summer morning he was riding his horse through the wood and noticed that no one else was around to enjoy the sunshine. ‘Wouldn’t it make sense,’ he thought, ‘if we changed the clocks so that people got up earlier?’ His 1907 pamphlet ###i

Something soon came along, however, to change the minds of those in power: the First World War. With a need to save coal and maximise the amount of daylight available for wartime production, Willett’s idea suddenly became more attractive, especially when Germany itself made a similar move. Simplifying the proposal to a single change of one hour, Parliament enacted the measure on 17th May 1916 as part of the Defence of the Realm Act. The following Sunday, 21st May, Britain put its clocks forward for the first time.

Sadly William Willett himself wasn’t around to savour the victory – he had died of influenza the previous year. But his scheme continues to shape our lives today. There’s the ritual of going round the house changing every clock, including that tricky one on the electric oven (thank God your iPhone does the job for you). There’s also the comic potential of not knowing your partner has already put a clock forward, so that when you do it you end up an hour ahead of everyone else rather than an hour behind.

Until recently the quirkiness of BST was commemorated by Little Ben, a replica of Big Ben that stands outside Victoria station in London. Incredibly for something that’s about 20 feet tall in the middle of a busy pedestrian island, Little Ben hardly ever gets noticed. That’s certainly a pity if you’re a Francophile, as the clock symbolises Anglo-French friendship. For decades it was set permanently to BST, meaning it showed the correct time for England during the summer and France during the winter. As a plaque on the clock puts it: ‘My hands you may retard or may advance, my heart beats true for England as for France.’ Little Ben has just been reinstalled after an absence while Victoria station was redeveloped – but from now on it will show the correct time all year round.

The worst you’ll have suffered because of ‘putting the clocks forward’ confusion is probably an early arrival for lunch. Not so the man who planted a bomb in Dublin on the last Sunday of March 2014, having forgotten about the change of time the previous night. The device went off early, blowing up while he was still there. He was seen running from the scene with blood streaming down his face. BST was also the downfall of Shaun Richards, a Devon driving instructor who was caught speeding in 2009 and then prosecuted. As part of his defence he provided data from his car’s sat nav, showing that at no point during the journey over Dartmoor had he broken the speed limit. The police were beginning to think their speed gun must have been faulty, until an expert examined the sat nav data and realised its times were in GMT. The offence had taken place in June – so the times should have been in BST. Only then did it dawn on the authorities that Richards had recreated his journey, driving exactly the same route within the speed limit so he could pretend this was the original data. However he forgot that by now it was January. He was jailed for perverting the course of justice.

A bizarre footnote to William Willett’s story is provided by his great-grandson, Chris Martin, the lead singer of Coldplay. The band’s songs include ‘Clocks’ and ‘Daylight’, though neither is a tribute to Martin’s ancestor. Instead the father of BST is honoured by a pub near Petts Wood called the Daylight Inn, and by a sundial in the wood itself. Sundials are pleasing things at any time, not least because they’re the answer to the pub quiz question ‘Which timepiece has the fewest moving parts?’ (the one with the most is the eggtimer). But this sundial is particularly interesting. Situated on a huge stone block, it bears the motto ‘Horas non numero nisi aestivas’. This is Latin for ‘I only count the summer hours’. Yes: this is one of the very few sundials in Britain which, rather than being positioned to show Greenwich Mean Time, instead gives British Summer Time.

I'm no longer in love with myself