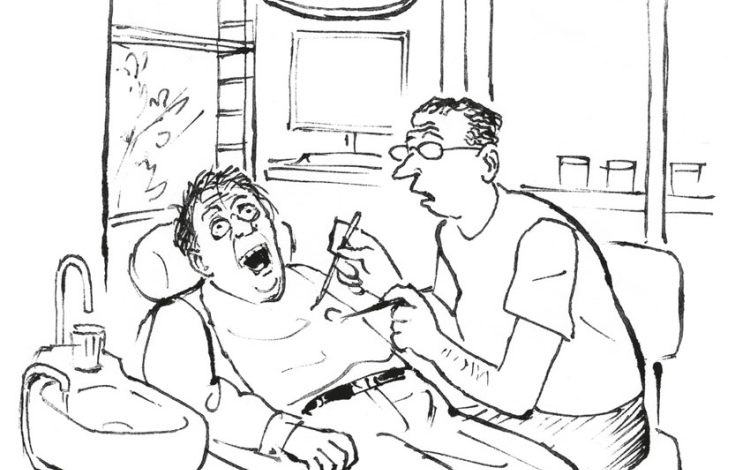 Virginia Ironside has been an agony aunt for nearly forty years, beginning her career at Woman in 1978. She has been problem page editor, too, at the Sunday Mirror, Today and the Independent. This is her first Oldie problem page.

I am 63, keep fit by cycling and playing tennis, and know I look good for my age. I have noticed, however, that over the past year or so, I have slowly but surely become invisible to men. I know I should expect this as everyone talks about it but it has come as a huge shock. I have always been used to men being perfectly happy to talk to me at parties, but now they can’t wait to get away. What is worse is that my partner, who is 67, seems to have become MORE interesting and attractive to women – even young women, than he has ever been before. He, too, looks after himself, but I don’t think he looks any better than I do. How does one cope with the loss of self-esteem when this happens? I know I should be dignified about it but I find it mortifying.

It sounds to me as if you’ve had it too easy for too long. You just had to stand there and men would be drawn to you. But those women who were never terribly attractive have had to put in the time and effort to get noticed, even when they were young. So shape up!

Since nearly every woman over sixty lets themselves go, it’s not difficult to be one of the few stars of the elderly show. Invisible? Wear a pigeon on your head! Jump out at people from behind bushes. Shout! Or, if this isn’t your style, play mum. If it’s a problem, just act. Everyone adores a warm, older, motherly woman who will flutter their eyelids at them while listening to their problems and telling them they’re marvellous at the same time. I think you’ll find that, once you’ve got a few men hooked, your husband will be tearing himself away from his young admirers, looking at his watch and muttering about it being time to go.

How do you get rid of friends you’ve known for ever, but do it politely? I call them ‘heritage friends’. This particular one drives me nuts. I’ve known her since university, when she was quite funny and unsure of herself. Now, fifty years on, she’s lost her sense of humour, got more confident and turned into a monster – narcissistic, nasty, obsessed with money. She keeps on asking me to things, even though I have a lady friend of 65. I keep on saying no. She gets angrier and angrier every time I turn her down. How can I cut the cord?

Have you never been dropped yourself? I have. I was once told that, ‘For personal reasons, I’m having to take rather a backseat in life at the moment, so hope you understand.’ Not bad. Or you could say, ‘My life has become, for a variety of reasons, rather overwhelming recently,’ or ‘Unfortunately, events have overtaken me…’ and then continue to say that, because of this, you can’t commit to anything in the near future but will be in touch when the mists clear (i.e. never). Or you could pretend that your girlfriend has become wildly jealous and has said she’ll leave you if you see this woman again. Sadly, therefore, you’ll have to wait until she calms down (i.e. never).

I was surprised to read in your column a mention of ‘Age Concern’. Many years ago, most local charities agreed, throughout the UK, to rebrand themselves as ‘AgeUK’. There are a few that did not join in for reasons of their own but the vast majority locally are now referred to as ‘AgeUK’.

This wasn’t me but Mary Kenny, late of this column. But I had to respond (a) because you’re wrong: it’s not AgeUK – it’s Age UK. And (b) I disagree. I shall continue to refer to this outfit as Age Concern on principle because I hate needless and expensive rebranding by charities and public institutions. Why change the Tate Gallery to Tate? Or the Council for the Preservation of Rural England to the Campaign to Protect Rural England? It all costs money – our money – and it’s jolly irritating.

Please email me your problems at problempage@theoldie.co.uk. I will answer every email that comes in – and let me know if you would like your dilemma to be confidential. Notes from the Sofa