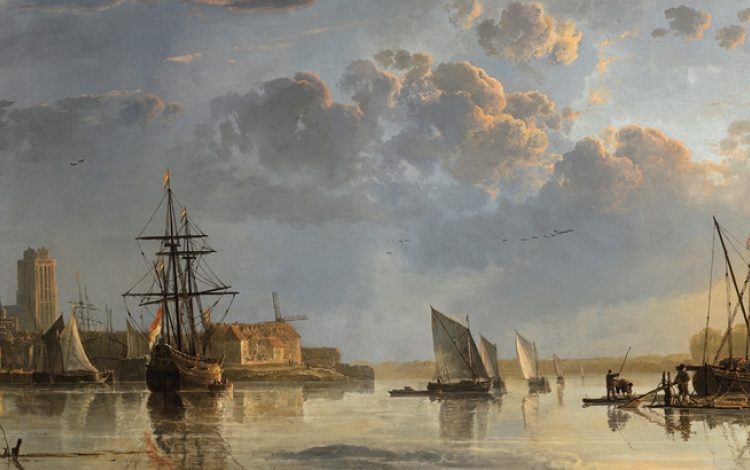 Until the 16th September

This exhibition is a small treat – small, not because it lacks quality, but because it consists of just 22 paintings, brought together from a number of National Trust properties. They are products of the 17th-century Dutch Golden Age, which would probably top any poll for Britain’s favourite Old Masters.

There are good reasons for this. Long bound by trade, the two countries were drawn closer still by the religious conflicts of the Elizabethan and early Stuart periods. Despite three mid-century conflicts, they were more often than not on the same side during Louis XIV’s wars, especially after the successful Dutch invasion in 1688.

One might think that English culture would have taken on a French tinge under the French-leaning Charles II and James II and a Dutch one under Dutch William, but in fact it was the other way around. The Stuarts had imbued Dutch fashions during their exile and encouraged Dutch painters to come to London; while William brought in refugee French Huguenot artists and craftsmen.

More fundamental was the way in which patronage of the arts in the young Dutch Republic passed from the Roman Catholic Church to the newly prosperous bourgeoisie. Essentially, Church art had been that of the proscenium stage; painted people reacted to each other, not to their audience.

In this new secular painting, scenes were played on an apron stage, with very obvious asides to involve us, the audience. In one linked way, though, it did continue to use an important but often overlooked element of earlier Netherlandish religious painting: sound. Just as illiterate churchgoers had ‘heard’ the hellish shrieks of Bosch’s damned souls, so we can hear what is going on in these ‘quiet’ interiors and landscapes.

Stand in front of many of these works (not portraits perhaps, or still – that is ‘silent’ – lifes), open your mind’s ears, and you may find your enjoyment hugely enhanced.

At first view, could there be anything more silent than Aelbert Cuyp’s View of Dordrecht from the North, a still evening as the boats come in? Just listen to the creak of oars, the light breeze flapping the sails and flag, the ripples, that skein of geese, and the comfortable evening sounds of the town coming over the water.

And what is the small child swinging on the door handle in Pieter de Hooch’s The Golf Players saying? Come on, you know – ‘Mummy, can you get my ball back, pleease?’ And you can hear the rattle of the latch.

Sometimes the absence of sound tells the story. In Metsu’s The Duet we hear the young man finish tuning his lute, while the woman readies herself to sing. We know from their faces that her voice will be off-key, and the little dog ready to bark knows it too, so we ‘hear’ the next frame, as in a strip cartoon.

In terms of names, the star here is the recently fully established self-portrait of Rembrandt wearing an ostrich-feathered bonnet (an entirely silent painting).

It is a fine and powerful work, as are all Rembrandt investigations into himself, but a more intriguing portrait, perhaps, is that of Prince Rupert by Verelst. This is not the dashing Civil War commander, but the elder statesman of the Restoration, in his Garter robes. He is wearied and cynical, and he is eyeing Verelst, and us, very closely.