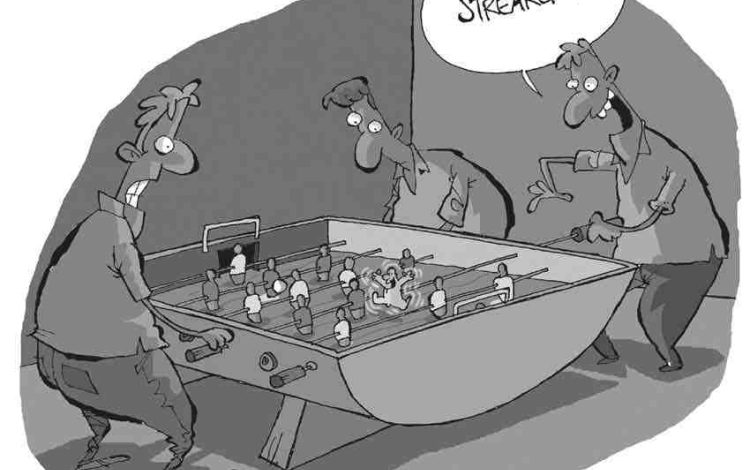 By the time you read this, live sport may have made something of a tentative return to our lives.

Everyone is anxious to see it back: the governing bodies desperate for broadcasting revenue; clubs stripped of income and facing oblivion; even government ministers sensing the role it might play in lifting the nation’s morale. But one thing is certain: if sport does come back, it won’t be in any form we recognise.

And immediately it became clear how odd, how unnatural, this was, how strange that the principal noise was the shouts of the coach, yelling from the sidelines. The organisers tried to compensate for the lack of atmosphere by broadcasting recorded crowd noise across the public-address system. But, detached as it was from the rhythms of the game, not swelling as an attack formed, it just sounded vacuous. And, critically, the accompaniment was switched off at 90 minutes, which meant, as the game lingered on into added time, that instead of a roar of relief and delight at the final whistle, a tense home victory was greeted instead with eerie silence.

It is not just football. It will be like that with every sporting occasion stripped of its live audience. Imagine if last summer’s cricket World Cup final or that extraordinary test match at Headingley had been played out to a backdrop of empty seats. Instead of the moment – so beautifully captured by the television cameras – when the packed west terrace erupted as one as Ben Stokes hit the winning boundary, his resistance would have raised no applause at all.

Try to conceive of Ascot without the spine-tingling cheer as the favourite gallops up the home straight. Or think about the Ryder Cup without the constant buzz of anticipation that fills the air from the second the first tee shot is executed. Still, since this year’s Ryder Cup is due to take place in Whistling Straits golf club in Wisconsin, there are some who could probably do without an overweight middle manager in chino shorts and a Keep America Great cap shouting, ‘Get in the hole,’ every time someone attempts a putt.

What we will come to discover as sport feels its way into the new normal is this: the supporter is absolutely critical to our appreciation of grand sporting events. The governing bodies may tell us success is due to their astute management, the players might believe it is all about them, but, as we will see, without the fan sport is stripped of much of its imperative.

It is the crowd who articulate its meaning, purpose and drive. As many a sports person will acknowledge, the crowd also fuels the players’ determination. Fans don’t just provide an exciting backcloth for the television audience; they make things happen. Without them, it just won’t be the same.