I Once Met... Field Marshal Montgomery 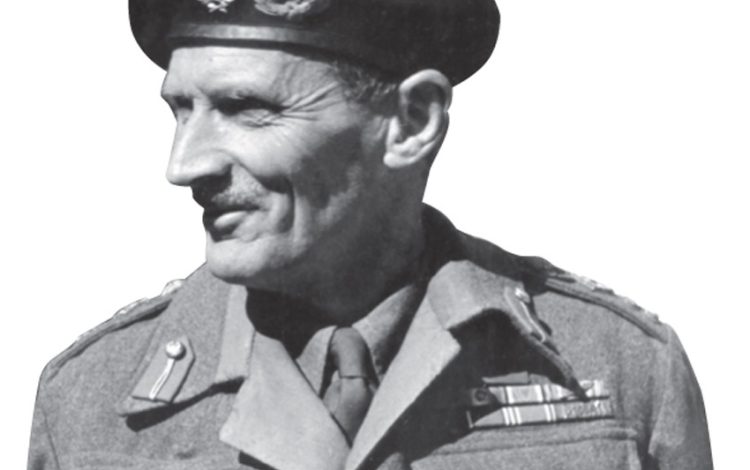 In the Forties and Fifties a Union-Castle steamship leaving Cape Town for Southampton was an event. There were crowds on the docks and streamers thrown from the waving passengers on the upper decks. But when I was eighteen and setting off to England with my family, the excitement was electric. A big brass band on the docks vied with the ship’s band on the deck, as Field Marshal Viscount Montgomery of Alamein, standing in an open Land Rover with outriders, roared onto the dock. He was dressed in his wartime uniform and famous beret, his medals glinting on his chest, and everyone, passengers, crew and onlookers, clapped and cheered.

My father, like most of his generation, saw Monty as genius, hero and a saviour.

To me he was a massive disappointment. First, he was so small. I’d thought war heroes were tall, dark and handsome. And then he embarrassed me with his enthusiastic approval of the South African government and his assertion that apartheid was an excellent thing. I had just been briefly arrested for demonstrating against the exclusion of black students from Cape Town University. Anger overtook my embarrassment as the stiff-backed Montgomery propounded his argument: he knew God had not intended black and white to mix because if you shook a black man’s hand there was a negative electrical force that resisted the contact. You could feel it.

When it came to the fancy dress competition I planned to ingratiate myself with the good-looking ship’s chef by borrowing his whites and toque. My brother Jamie was to be a head waiter. But Field Marshal Montgomery had other ideas. He insisted I go as him and that Jamie, puffed up with a cushion, go as Churchill. I tried to wriggle out of this, but Dad told me I should be honoured. I gave in, but then pranced around the deck wearing my bathing costume with the beret on my head and the long pin of miniature medals across my bosom. Monty didn’t seem to mind but Dad was furious.

The Field Marshal rehearsed us, teaching us how to salute, and what to say as we followed the line of contestants parading in front of the judges (me: ‘That’s impossible, Sir, it cannot be done’, while Jamie was to puff out his cheeks, look apoplectic and then give in with: ‘I expect you are right, Field Marshal’). On the day, Monty was a judge and I could hear him bullying his fellow judges: ‘They must win, of course. No question.’ We did.

But after ten days I was feeling sorry for the great soldier. He spent his days on the bridge with the captain or wandering about on his own. I expect the other first-class passengers were too polite to bother him and he would lose face if he approached them, so he had to make do with children. My father made it clear that declining an invitation to deck quoits, or refusing to listen to his tales of glory, was not an option.

On the morning he was to disembark at Madeira, he invited Jamie and me to admire his presidential suite. He asked if we would like a signed photograph to keep. His desk drawer was stacked with postcard-sized pictures, all pre-signed, presumably meant for the crowds on the ship. I doubt if a single soul had asked him for one. He also gave me a wooden plaque, with a rubbery bas-relief portrait of him stuck to it. We politely accepted but ignored his advice to treasure them because they’d be valuable one day. I’m ashamed to say that we lost our cards and I later used the wooden plate as a peanut tray for my embryonic catering business, the effigy torn off and discarded. Oh the callousness of youth.

Nature or nurture? Nobody really knows