Benedict King - What is a galliard? 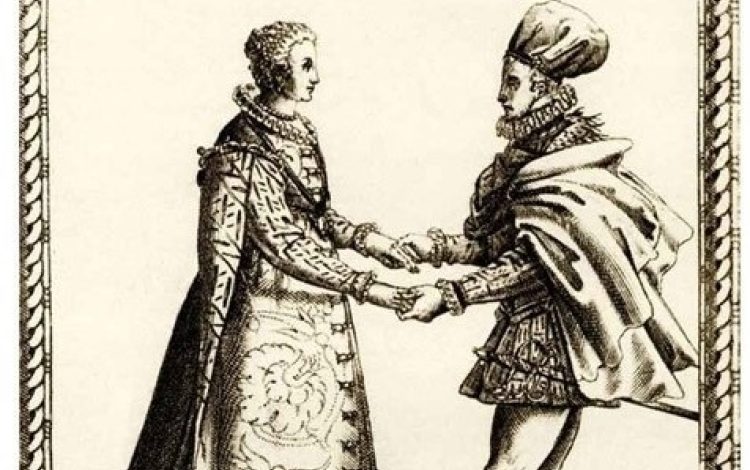 What is a galliard?

The galliard, from gagliardo, meaning robust, is an Italian courtly dance of 15th-century origin.

The music is based on six beats in the bar. God Save the Queen has the basic galliard rhythm. Typically, the galliard consists of three repeated sections.

The dance consists of five steps over those six beats. There are three grues, when the dancer hops on the ball of his foot, while kicking the other leg forward, then a saut majeur, a leap, bringing him back to ground with a ‘posture’, one foot in front of the other. It was often paired with another, more stately dance, the pavan.

The earliest surviving English galliard is from 1540, but its period of greatest vitality in this country was roughly 1590-1625. Elizabeth I did much to popularise it. A privy counsellor in 1589 wrote, ‘Six or seven galliards in a morning … is her ordinary exercise.’ By the 1590s, such exercise would have been quite beyond her most senior courtiers, like Lord Burleigh, who was 70 in 1590 (this year is the 500th anniversary of his birth). That area of the Queen’s interests was left to the youthful Earl of Essex.

The greatest composers of the age – John Dowland, William Byrd and Orlando Gibbons – wrote galliards, exploring the form’s rich musical possibilities. The six beats of the bar can be divided into double time, as well as the galliard’s usual triple time. This combination is known as a ‘hemiola’. These English galliards are often set to words; the rhythm conveniently accommodates an iambic pentameter. The dance became secondary. Probably the most famous English galliard is The Earl of Essex Galliard by Dowland, set to the words ‘Can she excuse my wrongs with virtue’s cloak?’

You can find people trying to dance galliards on YouTube. It looks like camp Morris dancing. With the entire court dancing – a sea of shimmering silk and flashing jewels – it would have looked amazing. But, still, there is something inescapably ridiculous about it.

As a musical form, the galliard continues to flourish. I’ve played them in consorts of viols; they can be transferred to recorders, lutes, harpsichords or combinations of these. They are not easy to get to grips with. Sight-reading something in two-time while others are playing across you in three-time is like rubbing your head and patting your tummy. What you really need to do is get a feel for the piece’s swing and how your part fits into the overall groove.

Dowland never saw Essex dance with Elizabeth. He was exiled from the English court for decades for being an ‘obstinate’ (and possibly disloyal) papist. His endless letters to Burleigh’s son and successor, Robert Cecil, begging for forgiveness and a job, fell on deaf ears.

My theory is that, despairing, he dedicated his great galliard to Essex to cock a snook at Cecil. Cecil (later the Earl of Salisbury) had been instrumental in getting Essex executed; so Dowland felt a great affinity with Elizabeth’s last favourite. Cecil had ruined them both: the greatest courtier and the greatest composer of the age.

Cecil was a politician of genius, but he was also a five-foot hunchback and would have looked uniquely silly trying to dance a galliard. Only years later, just after Cecil died, was Dowland finally given a job at court. I hope his little joke gave him plenty of laughs. It cost him.

From cod to culture