Memory Lane: My idyllic road to Damascus by Josceline Dimbleby 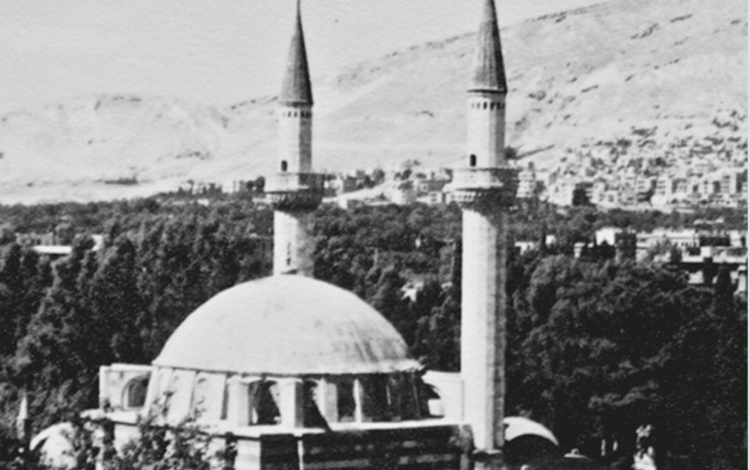 In 1950, aged seven, I joined my mother in Syria, where my stepfather had just taken up his post as minister to the British legation in Damascus. They had travelled ahead of me in a new aeroplane, Pan American’s Constellation, via Rome to Damascus. On board with them were Dudley, a Siamese cat, and Eustace, a Maltese terrier. But for some reason, not me.

I had a rough sea journey from England in a small cargo boat, the Henzee, with a stern governess who had been hired to teach me in Syria.

When we reached Beirut, we drove across the verdant Bekaa Valley to the border between Lebanon and Syria. Once in Syria, we bumped across a stony desert until the road climbed to a high point from where we saw below us the domes and minarets of Damascus, in a rich oasis created by the Barada river.

Damascus was still a small place at the start of the 1950s, ancient-looking, like a city the modern world had not discovered. All around the city were poplars and sycamores whose leaves waved and shimmered in the sun, and countless orchards criss-crossed with silvery little streams. This sylvan landscape, which encircled the jewel of Damascus, was known as the Ghouta.

Our house was near the Tekkiye Mosque, set on the banks of the Barada; the Ghouta was in easy walking distance. We went there often, joining up with other families for happy weekend days in the orchards, picnicking, playing games, swimming in the river – and eating, warm from the tree, the best apricots I have ever tasted. The orchards were linked with little paths that, in spring and early summer, were bordered by cyclamen, hyacinths and anemones.

The large Ghouta area was sparsely dotted with small farming villages; it is chilling to realise that those villages, grown into suburbs and towns, are now the scene of horror, destruction and tragic death. In the 1950s, although Syria had a long and turbulent history, the Ghouta remained an idyll of peace, with a magic that had inspired poets and writers for hundreds of years. I am lucky to have to have experienced that magic.

Josceline Dimbleby is author of Orchards in the Oasis (Quadrille £20)

I Once Met Elvis by Rod Gilchrist