My uncle gave peace to the world - Anthony Lipmann 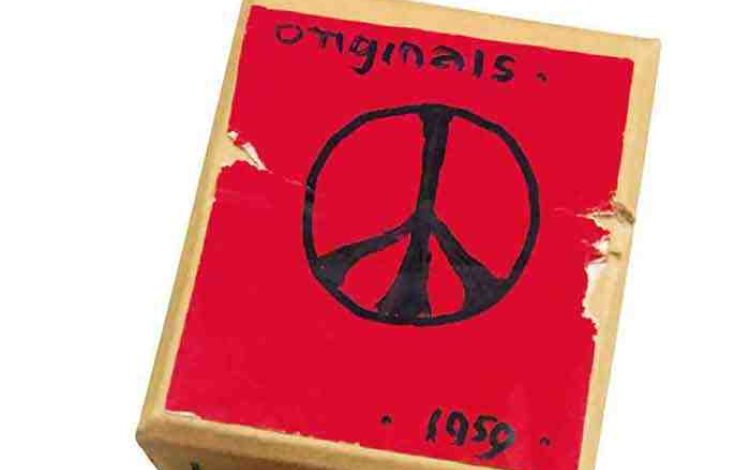 Six decades after the world of duffel coats and ration books passed into history, the peace sign of the 1950s lives on.

Conceived at a kitchen table in Kensington, it may be the most powerful non-religious icon in the world, and yet few remember who created it or what was its intended meaning.

Eric’s daughter, Gea, recalls, ‘I remember sitting with my father at a wooden kitchen table and he had sheets of paper with designs. He asked me which ones I liked. Because my father made pottery as well as being a primary-school teacher, he decided to hand-make small badges from ceramic in his favourite combination, black and white.’

This Lennon-and-McCartney team of peaceniks had met as conscientious objectors on a farm in Norfolk. Eric was born near North Pickenham, the RAF base where the US Thor H-bomb ballistic nuclear missiles were first deployed on British soil in 1958.

An Olympically sensitive man (in his own words ‘a nervous nelly’), Uncle Eric worried for the world. In the end, both men’s personal anxiety spoke for a generation.

Gerald Holtom described the feeling: ‘I was in despair. Deep despair. I drew myself: the representative of an individual in despair, with hands palm outstretched outwards and downwards in the manner of Goya’s peasant before the firing squad. I formalised the drawing into a line and put a circle round it.’

The sign also incorporates the semaphore signs for N (nuclear) and D (disarmament), which represented the nascent CND. That first march in 1958 was from London to Aldermaston, home to the Atomic Weapons Establishment.

The sign might not have developed its enduring legacy were it not for the badges – essential to its meaning. The high melting point of ceramic was calculated to survive the nuclear inferno. Where the Hiroshima bomb had left the empty shadows of vaporised humans, there would now be a sign.

In 1960, when some of his friends were arrested for anti-nuclear activities, Eric fell ill with a mysterious illness his daughter attributes to poisoning. For six weeks, in the Royal Free Hospital in Hampstead, he held on between life and death, uncertain of his recovery, and contemplated his fate by gathering quotations of world wisdom from all literature. In later life, he compiled these into 40 volumes of self-made illustrated books.

But by 1960 his work had been done – he had, with Holtom, given the world the peace sign.

Extinction Rebellion is the current generation’s expression of anxiety. It grapples with the issue of managing a movement that has many followers but no leader.

As for its sign, the X, denoting ‘Extinction’, as part of an egg-timer in a circle representing the planet is powerful, but the sign itself is strangely nihilistic.

The peace sign today is rolled out for almost any demonstration at all, copyright-free, and infinitely adaptable. It has lasted because it expresses the best of us; the wish for a fairer, more peaceful, safer world.

Modern Life: What is a Listicle?

The Battles of Stonehenge – Rosemary Hill