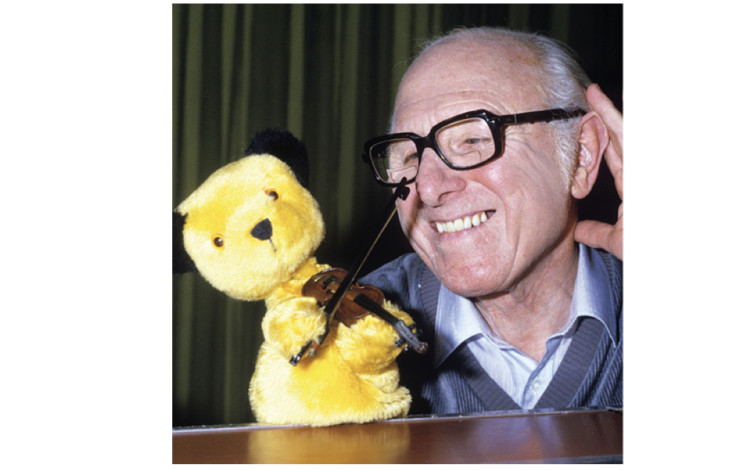 A very happy birthday to the maestro of glove puppets, Sooty, who turns seventy on 21st July.

In 1948, Sooty’s original owner Harry Corbett (1918-89) bought the yellow puppet on Blackpool North Pier to entertain his children. The puppet was originally called Teddy, but Harry (pictured) rechristened it after blackening its ears and nose with soot.

Four years later, he began performing with Sooty on the BBC’s Talent Night – and an entertainment sensation was born.

Harry’s younger son, Peter Corbett (stage name Matthew Corbett) took over in 1975 after Harry had a heart attack. Matthew retired in 1998, and chose Richard Cadell as his replacement. Cadell will be looking after Sooty for his seventieth birthday on 21st July, when he’ll be returning to his birthplace, Blackpool North Pier, for a live show. Sooty will be joined on stage by Bee Gee Sir Barry Gibb and, of course, his long-term collaborator, Sweep.

Sooty’s still going strong, with a brand-new series of The Sooty Show on his own YouTube channel. For the 2019 Blackpool Illuminations, a 50ft-high image of Sooty will be projected onto Blackpool Tower.

What’s more, Sooty hasn’t aged a bit in his seventy years. Many happy returns to the best-preserved celeb in the business!