Sweetie, did you floss? 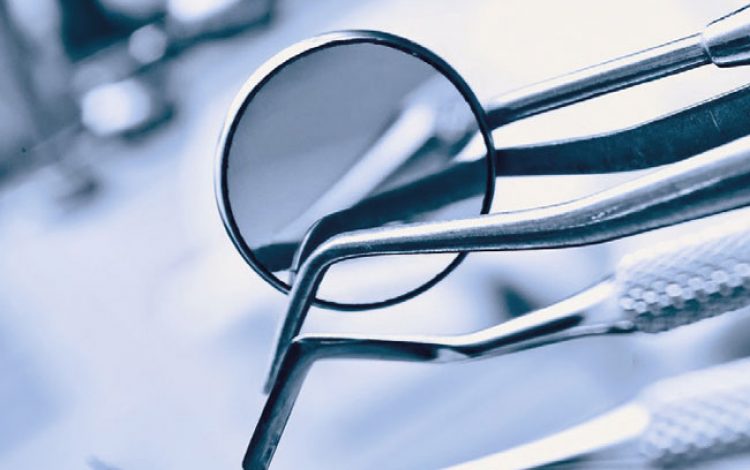 A visit to the dentist is no longer straight forward, says David Robson. There's a nice cop - and a nasty one

A visit to the dentist is no longer straight forward, says David Robson. There's a nice cop - and a nasty one

Do people nowadays know what real fear means? Research has  half of UK grown-ups saying they fear the dentist. What are they on about? Dentistry today, give or take Suez-scale root canal work, is almost pain-free. True, for many of us it’s the one time as consenting adults we have an orifice probed with sharp metal objects, but the only thing that might really terrify us is the bill. These days, when so much is possible, your mouth is a financial black hole, the oral equivalent of a nation replacing a nuclear submarine fleet. If you can’t find a good NHS practitioner (increasingly rare) the cost can be Tridental.

Let me remind you of the time when non-financial terror was real, when the drill was a throbbing belt-driven instrument of torture, not the whizzy thing it is today (unnoticeable, give or take the slight smell of burning) and dentists took out your teeth as soon as look at you. My father was a dentist half a century ago and I have no reason to suppose he wasn’t a good one. He was a nice man and extremely dexterous. He had previously spent a couple of decades as a surgeon, performing much more delicate and testing operations.

In 2000 I went back to Pontefract, the Yorkshire mining town where I was born and my father had had his practice. I was there to report on the impending closure of the last local colliery. One of the people I spoke to was Arthur Withington, retired NUM branch secretary, a man not given to timorousness. ‘Oh Robson,’ he said, ‘I had all my choppers out with Robson. Funnily enough I’d never been to the dentist till I was twenty-odd. I got hit in the mouth with a cricket ball. I had five out, then back for some more until they were all out. When I went to him he said “why are you shivering?” I said, “because it’s my first time at the dentist”. I thought you could chop wood on me and it wouldn’t bother me, but he bothered me. He bothered me a lot.’

As a nation we weren’t in great nick. Spike Milligan’s poem said it: ‘English teeth, heroes’ teeth/Hear them click and clack/Let’s sing a song of praise to them/Three cheers for the brown, grey and black.’ In 1968, 37 per cent of the UK population over the age of sixteen had full sets of dentures. Now that is down to six per cent; 86 per cent of us have 21 or more of our own teeth (32 is a full set). Prevention and retention is the name of the game nowadays and very often the dentist isn’t acting alone. My own research among shuddering friends and acquaintances suggests that the conventional surveys are misleading. They got it wrong. People do not really fear the actual dentist, what frightens them is visiting the dentist’s and facing up to the practice’s first line of offence – the hygienist.

We live in tender times. We’re supposed to be gentle in criticism. We don’t tell people, especially children, they’re lazy and fat and it’s all their fault. We are encouraged to be understanding, acknowledge there are mitigating factors and nudge them gently towards the paths of righteousness. Hygienists have definitely not got that message. They go in hard. They may be good with their hands, marvellous at delicate descaling, tartar removal and all that, but they are also masters of mental laceration. Whose fault is it that things are not as they should be – those bleeding gums and yellow teeth? It’s yours. No messing.

Have you been flossing regularly? You lie a little but there’s no point. They can tell. Those little brushes they sold you last time – have you been using them? And have you been using the right ones – green, blues, yellow, orange? Get it wrong and it’s useless. Your aged teeth are hanging by a thread. You promise to do better and they absolutely know whether you will or you won’t. Very often it feels like a mauling. You are guilty and you know it. I have heard from the odd person who gumwise was lost and now is found thanks to their hygienist’s tough interdental love. They did the right thing because they had been terrified.

After the hygienist the dentist comes as merciful relief, the good cop in the good-cop-bad-cop game. Their role is to take over the situation and give what help is needed. They do prevention work but they also cure and curing is what we want. The hygienist tells us about our responsibilities (and irresponsibilities). The dentist takes responsibility. The prognosis is not always good but that is not their fault. There are some words that coming from the dentist you certainly do not want to hear – bridge, crown and, especially, implant – all synonyms for a run on sterling.

Hard to think of a dentist hero but hygienists have their own – Clint Eastwood. What do you imagine he says when his lover slips into bed with him? ‘Go ahead, make my day’? Well you would be wrong. His prelude to love making, his ex-long-term partner Sondra Locke reveals, is:  ‘Sweetie, did you floss?’

PS: Freedom of speech and journalistic courage stretch only so far. I should like to put on record that my own hygienist is as perfect and kind as can be.