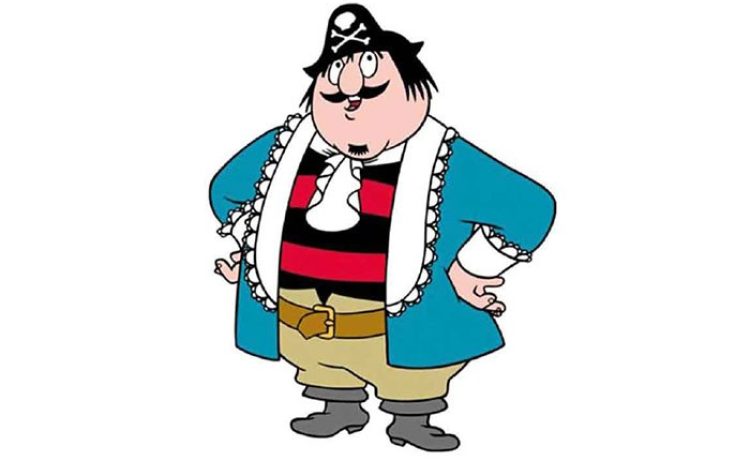 Ryan came from an intriguing family. His father was the diplomat Sir Andrew Ryan, his mother was a granddaughter of one of Byron’s physicians and his aunt Mary was the first female university professor in Britain.

Captain Pugwash – fond of crying, ‘Dolloping doubloons!’, ‘Coddling catfish!’ and ‘Kipper me capstans!’ – first appeared in the launch issue of the Eagle on 14th April 1950 and was later adapted for television.

A pompous, portly figure with a goatee beard, Pugwash wore a skull-and-crossbones hat and a blue frockcoat over a red-and-black horizontally striped shirt, inspired by the colours of Ampleforth College’s rugby team. Ryan was at the school.

Ryan once said, ‘Pugwash has two qualities which I believe are present in all of us to some degree: cowardice and greed. It is the conflict between these opposing emotions that makes the stories work.

‘It may be that the Captain is popular because we all have something in common with him.

I Once Met: Bob Marley