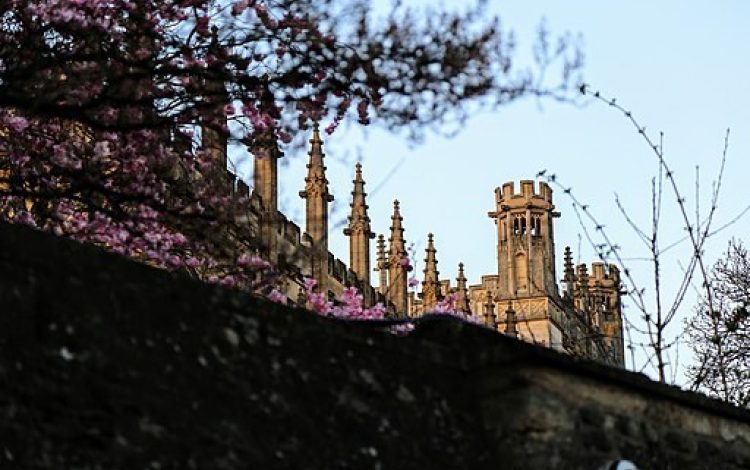 When my mother moved to Oxford in the late 1970s, there was a house in the Woodstock Road which she used to pass twice a day, taking my young brother to and from the Dragon School.

It was an unremarkable 1930s semi. Although house and garden were well maintained, the windows were never opened, no lights were switched on and there was never anyone outside, mowing or bringing in their shopping. She developed a theory that it was, in fact, an MI5 safehouse, used to store defecting Russians or for top-secret meetings. It made the school run a bit less dull. We used to enjoy making up stories about it.

If Nicholas Shakespeare’s new thriller is to be believed, my mum was probably right. Universities are well known as recruiting grounds for the secret services, but The Sandpit does not concern students. The Oxford of this novel is teeming with fully operational spies of many stripes: Iranians, Russians, Americans and British. (Not Chinese nor North Korean, oddly: perhaps these are being kept in reserve for a later volume.)

University laboratories are staffed by spies; they hover behind the stacks of books in academic libraries; they lurk in parked cars wearing disguises. Especially chock-a-block with agents of espionage are the sedate, residential streets close to top preparatory schools.

When he was a pupil here, some 50 years earlier, the book’s hero John Dyer discovered a missing treasure hidden in the sand. Now, returning to Oxford from Brazil in order to enrol his son at the school, the same sandpit is to play a crucial role in the concealment of the mathematical formula that may or may not set out the secret of nuclear fusion.

Dyer is a single father and a former foreign correspondent who has not shed the journalistic habits of curiosity and investigation. People tell him things. One confidant is a lonely Iranian scientist, a fellow father at the school, who entrusts his formula to Dyer before going missing. It is likely he has been kidnapped. Possession of this single piece of paper threatens Dyer’s life, as well as that of his young son.

Where can he hide it? He is under surveillance from all sides, liable to have his morning stroll interrupted by men in purring cars with blackened windows. His house is searched. It’s gripping stuff, deftly told.

Yet within this nail-biting story of suspense, is another, more contemplative novel. Yes, there are interrogations and horrible torture here, but The Sandpit is also an examination of a moral conundrum, which looks closely at innocence and the legacy of the past. The friendships of youth are tenderly evoked. There are hints about historic bullying and abuse which are never developed.

Perhaps I am being fanciful, but I wondered if there was another story hidden here, about the author’s own experience of prep school, good and bad.

Towards the end, there is a lovely section about fly-fishing, in which Dyer teaches his boy the techniques his own, now dead, father taught him. It’s really rather beautiful. Dyer remembers fishing in South America: ‘a tiny blue hatchet fish, as if a kingfisher had dived underwater and shattered’. Angling provides Dyer with a kind of resolution to the problem of what to do with the secret that has been entrusted to him.

Nicholas Shakespeare has written fiction and non-fiction, and is never less than absorbing, clever and spry. Among his earlier work is a life of Bruce Chatwin and – my own favourite – a marvellous book about his aunt Priscilla, who is echoed here in the person of a wise and doughty aunt called Vivien.

An interest in aunts is not the only thing that invites comparison to Graham Greene. Here is a fine writer, spinning suspense with the ease, patience and control of a fly-fisherman.