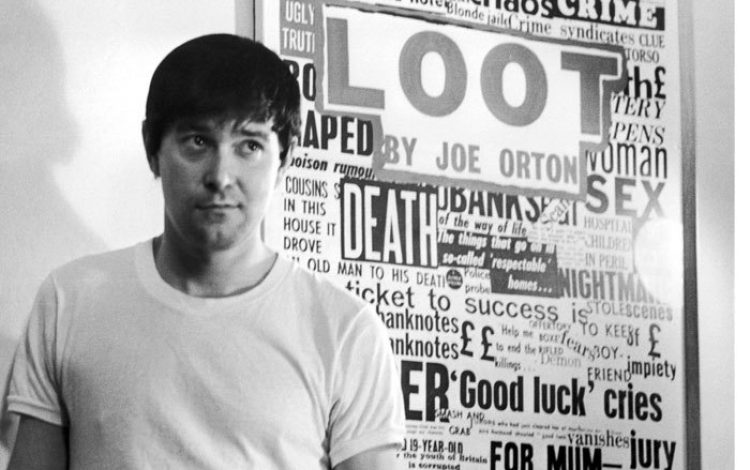 All to play for: Joe Orton in his pomp, March 1967, with everything, at last, going his way. Five months later, he was dead
View Full Size
1
of 1

As Kenneth Cranham turns 75, he remembers his friend Joe Orton. He saw the writer courted by the Beatles, as his plays flourished on stage and screen - while Orton's boyfriend, maddened by failure, descended into a green-eyed rage

It was all thanks to the radio that I ever got to meet Joe Orton and appear in his plays. Because he and Kenneth Halliwell – his lover, who murdered Orton, aged only 34, on 9th August 1967, half a century ago – were so hard up, they listened to the radio a lot. That’s why Joe heard my radio debut – in Boy Dudgeon, a play written by Ray Jenkins, head of drama at my old school, Tulse Hill Comprehensive. Tulse Hill, in Lambeth, south London, may not be very glamorous. Noël Coward once said of a performance by Margaret Lockwood that ‘she had all the chic of a whist drive in Tulse Hill’. As for Tulse Hill Comprehensive – eight storeys high, with more than 2,000 pupils – well, one alumnus, Ken Livingstone, said, ‘If you can survive Tulse Hill School, you can survive anything.’ Still, it had...