Who was A P Herbert? 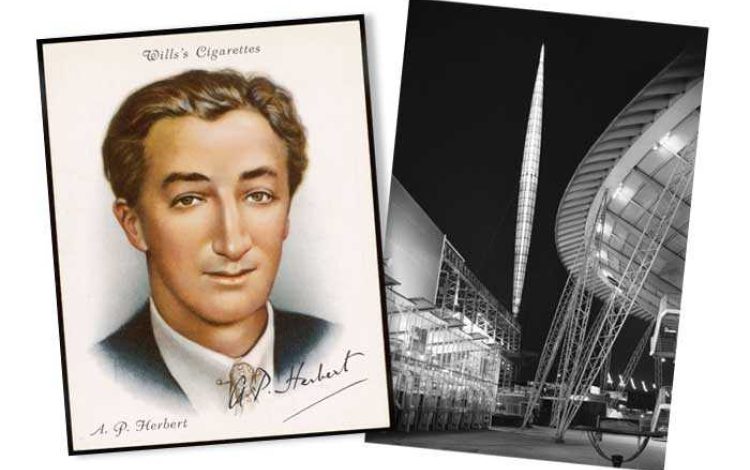 According to Winston Churchill, A P Herbert was the funniest man in England and perhaps the wisest, says Rev Peter Mullen

Winston Churchill called him ‘The funniest man in England and perhaps the wisest’.

A P Herbert, who died 50 years ago, employed the English language as if he had invented it all by himself. Comedy was never more succinct:

Holy Mother, we do believe

That without sin thou didst conceive

May we now in thee believing

He was born in 1890 in Ashtead, Surrey, and proceeded to Winchester and New College Oxford where he took a Starred First in jurisprudence. From there, he went on to service as a naval officer and then at Gallipoli, where he was injured.

At once he wrote The Secret Battle, in which he criticised military executions for deserters. Montgomery called it ‘the best story of front-line war’.

Herbert combined writing articles for Punch for £50 a time with being the Independent MP for Oxford from 1935.

He took the political job seriously and promoted the Matrimonial Causes Bill which simplified divorce procedure. He was also a fierce opponent of Frank Buchman’s quasi-fascist Moral Re-Armament movement, yet found time to write libretti for musicals, including Blithe Spirit. He was a regular contributor to the Observer and Vanity Fair while taking on charity work at Oxford House – ‘scrubbing floors, washing dishes and running errands,’ he said.

He loved the Thames and for most of his life lived beside it at Hammersmith, where he moored his boat, Water Gypsy, and worked alongside Magnus Pike in the River Emergency Service. During the Second World War, Churchill asked him to join his intelligence staff but he replied quietly, ‘No thank you, sir, but I’m quite happy where I am.’

He helped plan the 1951 Festival of Britain, which started 70 years ago on 4th May on the South Bank. It attracted millions of people from all over the world to wonder at such attractions as the Dome of Discovery and the Skylon.

In the 1960s, he urged the national press to ‘refrain from witty derision of the literary exertions of Harold Wilson and the maritime activities of Edward Heath’. Just hark at the rhythm of that phrase!

Always the precise; as Eliot said, ‘The complete consort dancing together’. No one used understatement to such devastating effect. Or elegant rudeness: ‘The portions of a woman which appeal to a man’s depravity are constructed with considerable care.’ And he had a fine eye for the best things in life:

There’s alcohol in plant and tree

It must be nature’s plan

That there should be in fair degree

Some alcohol in man.

He wrote a book about sundials and more than a hundred Misleading Cases – short dramas on the absurdities of the law. One disputed whether on a flooded road the traffic should follow the rules of the highway or of the river.

These hilarious satires were so perfectly achieved that even professionals were beguiled into thinking they were actual transcripts of court proceedings. One case considered the question ‘Is marriage lawful?’ while another claimed to introduce the Bookmakers Bill.

Herbert died almost 50 years ago, on 11th November 1971. In its obituary notice the Times said, ‘He did more than any man of his day to add to the gaiety of the nation.’

Postcards from the edge: History shouldn’t be lost in the post

Getting dressed: The bright stuff

I Once Met Oliver Reed