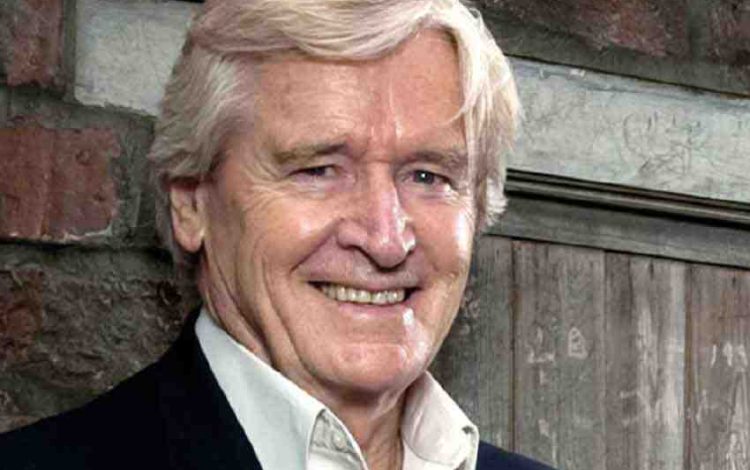 William Roache has played Ken Barlow on Coronation Street from the first episode in 1960. Thankfully, he is now recovering from COVID-19

William Roache has played Ken Barlow on Coronation Street from the first episode in 1960. Thankfully, he is now recovering from COVID-19

William Roache, 88, my colleague on Coronation Street, says he has the best job in the world, playing Ken Barlow from the first episode in 1960 until today, its 60th anniversary

Guinness Book of Records as the longest-running character in a soap opera in the world. Ken has survived assorted wives, punch-ups, bereavements, adultery and arson.

He went into the Welsh Guards aged 21 and emerged as a captain, but the theatre of repertory, not war, was his ambition. Tony Warren, creator of the Street, says the moment Bill walked into the room, he knew he had the perfect actor for conventional schoolmaster Ken. Bill has made the character truthful, intelligent, warm, perceptive and occasionally rather – ‘ding-dong’ – racy.

In his 88 years, Bill has survived many personal tragedies, legal battles with newspapers, bankruptcy, bereavement and, worse, an hour on the sofa with Piers Morgan – who tried to ascertain the number of women Bill has slept with. In fact, his 35-year marriage to his beloved late wife, Sarah, and the love of his five children are, as he says, ‘the tea break from life’ that keeps him so energised.

He is loved and respected by all the cast, crew and cohorts on the Street and his philosophy of life has kept him, in his own words, ‘feeling wonderfully immature’.

The thrill of the case