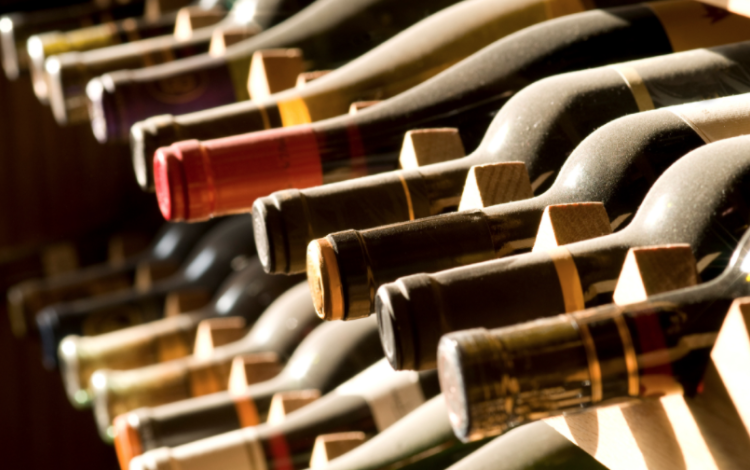 'Diners who order water instead of wine may pat themselves virtuously on the back but, when they return later for a more indulgent feast, they might find that their favourite bistro has closed.' But why? Bill Knott explains.

These are tough times for restaurateurs. The weakness of sterling has made imported goods more expensive, uncertainty over Brexit is making it even harder to find staff (and pushing up wages as a result), and – for the first time I can remember – many people in the catering industry are privately conceding that there are simply too many restaurants. ‘And, on top of all that,’ one restaurateur grumbled to me, ‘there’s dry bloody January!’

I can understand his frustration. Wine sales are vital to a restaurant’s business plan: indeed, it sometimes seems to me that food is merely a loss-leader for drink. Take a Dover sole, for instance, costing about £6: it needs to be trimmed, seasoned, cooked, plated and garnished, with a degree of skill and immaculate hygiene at each stage. And, should it not sell, the cost of wastage is ruinous.

Its accompanying bottle of, say, Gavi, also costing £6, needs only to be fished from the fridge and uncorked, and yet it might end up costing more than the dish. Diners who order water instead of wine may pat themselves virtuously on the back but, when they return later for a more indulgent feast, they might find that their favourite bistro has closed.

Of course, it is a flawed model. Eat out in a country with a more benign approach to alcohol duty and your restaurant bill will tumble; here, diners are often forced to drink restaurant wine inferior to what they might enjoy at home.

There are exceptions. You might order a bottle of Château Cos d’Estournel 1996 at The Connaught for £550, or four of you can enjoy a three-course dinner at the splendidly enlightened Andrew Edmunds restaurant in Soho, where you could start with a bottle of Pol Roger, continue with a cheeky little Chassagne-Montrachet, drink the same bottle of Cos d’Estournel with the main course, and still have enough change for a glass of pudding wine. And (which you would probably need) a taxi home.

Restaurateurs as philanthropic as Edmunds are rare, but it is still possible to mitigate mark-ups in most restaurants. You might ‘bring your own’: a £20 corkage charge might seem steep but, if you have a bottle that cost £30, it will still be a relative bargain, given that the restaurant would probably mark it up to £100 or so. Better, take a magnum and point out that it still has just the one cork.

Sommeliers have a reputation as the second-hand car dealers of the restaurant business: undeserved, in my experience, as long as you show an interest in their list. They often have a passion for less familiar regions than Bordeaux or Burgundy (Portugal, Germany or maybe Patagonia): let them enthuse and ask for a sample before committing to a bottle.

In the absence of a sommelier, I would counsel what one might call ‘lateral drinking’. While some well-known wines will sell simply by name, and will often be listed at inflated prices, there are others from lesser (or obscure) appellations that can represent good value. Restaurants often buy a string of wines from the same producer; so look for a Vacqueyras or a Côtes du Rhône from a top Châteauneuf-du-Pape producer, or maybe a simple Nebbiolo d’Alba from an esteemed name in Barolo or Barbaresco. But whatever you do, keep drinking: your local restaurant depends on it.