This extraordinary trip was advertised in the Old Un’s notes and, latterly, in this newsletter. The outing happened on Monday and, by all accounts, was a resounding success. Pam Siddons, known on Twitter as ‘The Didsbury Pensioner’ (@Didsburypensioner), quite brilliantly, chose to 'live tweet' the excursion which gave curious onlookers and those unable to reach Manchester a mouthwatering taste for the famous archives.

Pam documented the ‘Bob Cachet’ style desks at the bank (pictured below) and a newspaper cutting that she noted 'would not be seen now (even in The Sun!)'. The headline read ‘Miss Hilda – First Blonde Bank Boss’. The opening sentence reads, ‘A 42-year-old blonde was appointed Britain's first woman bank manager yesterday’. The subheadings were ‘I’ll be firm’ and ‘Stay feminine’. How times have changed. 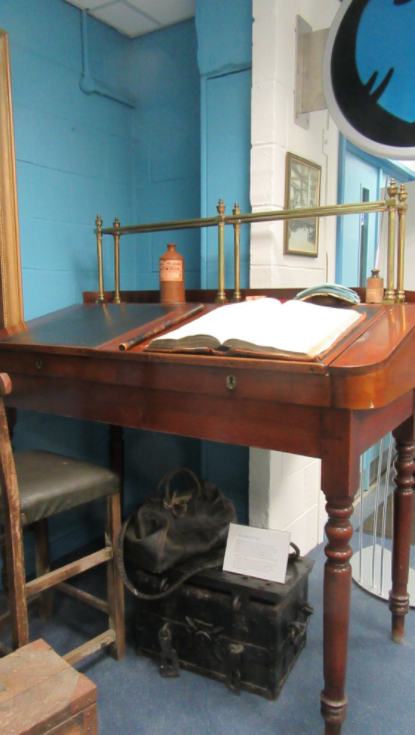 The tour was led by group archivist Maria Sienkiewicz and her deputy Nicholas Webb, whose great enthusiasm for the archive was admired by the group of nine. Margaret has received a number of thank you notes since the tour. Here is a snippet:

'I began my accountancy training in 1970, just as computers and calculators were coming into use. Most clients still kept manual records at that time, so the ledgers that they showed us, as well as the early technology, were a vivid reminder of how things used to be done. The minute books were also fascinating. I spent the last 30 years of my working life as a Company Secretary. We had minute books going right back to when the company was formed in 1920, not as far back as those at Barclays, but still handwritten in that lovely script they used in those days’. 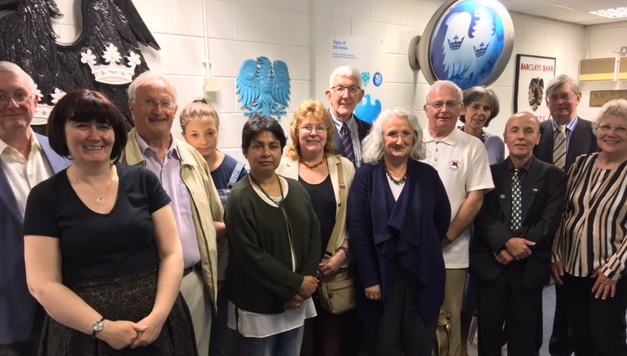 Trader Faulkner has made plenty of friends in his 90 years, if his birthday party was anything to go by. The Oldie contributor and actor – who appeared in Twelfth Night with Vivien Leigh in 1955 – celebrated his big day at the Ognisko Polskie, the Polish Club, on Exhibition Road – not far from the National History Museum. The huge room was filled with guests, united to celebrate his birthday. A great turnout, and on such a warm evening. Trader’s speech was the highlight of the evening. Trader recalled three near-death experiences; one in Australia that involved narrowly missing a face-to-face encounter with a shark and another crashing into a well-disguised pothole on the Cromwell Road aboard his bike, on his way to receive a decoration from the Spanish Embassy. After his speech, tributes were encouraged – and one was sung. ‘There’s no Trader, like our Trader’ was performed, to the backing of the Irving Berlin hit from the 1946 musical, ‘Annie Get Your Gun’ – ‘There’s no business like show business’, with Trader-appropriate lyrics slot in. 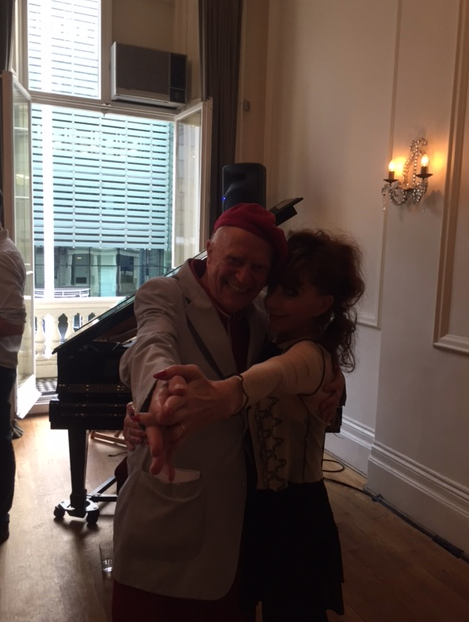 Star of the show: Trader acting the part at his 90th birthday party