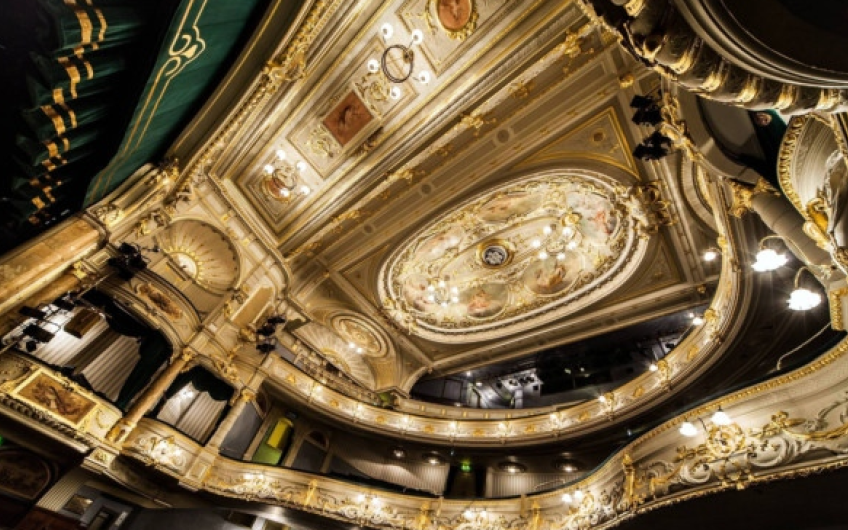 Buxton International Festival turned forty this year. A great milestone, a prestigious beacon of middle age. Although, arguably, a comparative ‘youngie’ alongside a few of our wisest readers.

The annual festival sees art enthusiasts descend upon the spa town, much of which was commissioned by William Cavendish, the fifth Duke of Devonshire (1748-1811). He sought to create a replica of Bath, with its prestigious crescent and majestic sweep of Georgian architecture. The cherry on the cake, structurally speaking, came in 1903, with Frank Matcham’s Opera House. The theatrical architect behind the London Palladium turned his engineering wand to rural Derbyshire. The three-tiered opera house now forms the backbone of the festival that hosts 120 events over a seventeen-day period. This year, the likes of Jeremy Paxman, Lucy Worsley and Nick Clegg gave talks by day, with alternating performances of Britten’s Albert Herring (an opera set in a stuffy 1940s Suffolk village), Verdi’s Macbeth and Mozart’s Lucio Silla by night.

The Oldie Literary Lunch at the Old Hall Hotel, generally understood to be the oldest hotel in England – and therefore most fitting – was the grand finale of the three week festival. For the lunch, we lured back several speakers who had delighted the crowds at Simpson’s. The concoction was a disparate mix with no common theme. Jeremy Musson, former Country Life architectural editor and presenter of The Curious Country House Guest; Chris Mullin, ex-Labour politician, diarist and successful campaigner behind the release of the Birmingham Six; and reformed, convicted murderer, Erwin James.

‘We all love the stately homes of England, do we not?’ opened Valerie Grove, our host. In Simon Jenkins’s introduction to Musson’s sumptuous, coffee table book, Robert Adam: Country House Design, Decoration and the Art of Elegance, he explains that, in the 18th Century world of Robert Adam, the country house owners wanted to make their house a temple of art. No pleasure was greater than to make other country house owners envious of their own. One of his early clients, the famous bluestocking, Elizabeth Montagu, indeed thought that Adam’s work for her ‘would make her a thousand enemies through sheer envy’.

Adam, obsessed by architectural trickery rooted in classicism, made sure that every room you passed through in the circuit of social engagement around a house would be physically different. Even the library was intended for entertainment over quiet study, more a library-come-ballroom bundled together. Horace Walpole, 4th Earl of Orford, 1717-97, a man of letters, criticised Adam’s houses – Yorkshire’s Harewood and London’s Kenwood, to name a few – for ‘never letting the eye repose for a minute’. An insult Adam may very well have mistaken for a compliment?

Trevor Grove, former editor of the Sunday Telegraph and chairman of the prisoners’ newspaper, Inside Time, got up to introduce the next speaker. Brandishing a copy of Inside Time, he praised an increased readership of 60,000 (‘probably the only paper to have put on circulation’) and its availability in prisons across Britain. Trevor explained that, in 1990, after the Strangeways Prison riot in Manchester, the founding editor of the paper retired and the board went in search of a suitable successor. The man that emerged, head and shoulders above everybody else, was Erwin James. 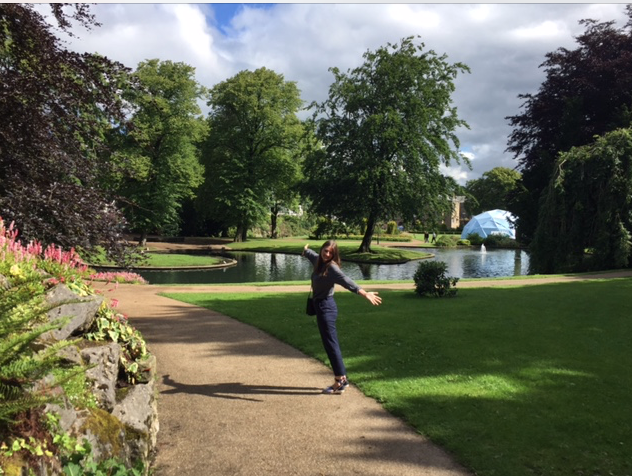 The Pavilion Gardens in a rare beam of sunshine. Derbyshire resident, Jessica Baker (pictured), explained that 'if there's ever snowfall in the UK, it's guaranteed to be snowing in Buxton'

Erwin asked, ‘Criminals: who are they? Who are these people that cause harm, distress, anger, outrage and grief? Are they made criminals, are they born criminals or do they choose to become criminals?’ This is also the underlying question of Erwin James’s affecting memoir Redeemable. James discussed prison, reform and salvation, from an insider’s perspective, after being convicted for murder, with a life sentence of ninety-nine years. ‘Fear is the common currency in prisoners,’ he boldly explained. Joan Branton, a prison psychologist, was a key part of his transformation. She told him, ‘You owe it to your victims to do the best you can with the life you’ve got left.’

Chris Mullin spoke about his memoir, Hinterland, something young politicians are believed to never have nowadays. Mullin’s opening anecdote delighted the Oldie crowd.

‘I’m occasionally asked by young, aspiring politicians for advice as to how to get along in politics. My advice – which is undoubtedly the wrong advice – is always to go away and do something useful first and then you might be of some use with what you eventually do. The correct advice is, of course, go to university, preferably Oxford, and study something, PPE, get a job at an MP’s office or a political think tank, and use the contacts that you’ve garnered through that to lever yourself into a seat. That way, you’ll be on the front bench by thirty. I was thirty-nine when I was first elected; so I had done one or two things before. Hinterland is about that time.’

To close, Mullin humorously pondered what he had learnt in his first seventy years on the planet.

‘I have learnt that happiness comes from doing stuff, not buying stuff. That no religion or ideology has a monopoly on wisdom. That anyone who claims to have discovered a perfect formula for human happiness is deluded and it’s better to go when people are asking “why” not “when”.’ 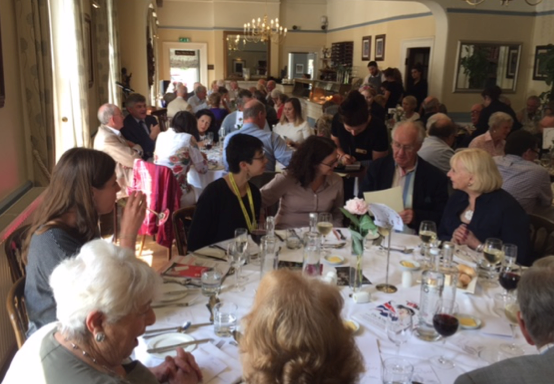 Escape New York - for the country