To John Lewis! Specifically, to its rooftop on Oxford Street, which has been transformed into a bucolic, leafy haven for the summer months. Escape the sweltering masses and take refuge at a restaurant called ‘The Gardening Society’. One half of the place has an astroturf garden, practically hidden by pots of rosemary, wild garlic and bountiful blackberry bushes. There’s a low-key, anti-manicured feel about the place that makes you want to potter and explore. The other half is taken up by a pop-up restaurant. As soon as I say the word ‘pop-up’, my father’s heart starts hammering, anticipating the very worst. But trendy, uncomfortable and noisy are three things this is, quite gratifyingly, not. It feels like a very permanent pop-up with sturdy furniture and gracious staff. You can even reach the rooftop by lift. The restaurant has been in place since May and undergoes a revamp every eight weeks. It was Morty and Bob’s (a smart bread and cheese café) and now it is Foley’s. Foley’s is, I think, best described as Middle-Eastern tapas with an Asian twist. As horrifyingly pretentious as that sounds, it’s actually delicious. There are colourful small plates – ‘bits and bobs’ – of things like spiced sweet potato fritters in a saffron, coconut curry sauce and tacos for all persuasions: crab, slow-cooked octopus, aubergine or sticky beef? All impeccably presented with exotic ingredients that few people would have the mind to shop for at home: carrot yuzu, swede vermicelli and black sesame mayo.

It’s a good place to know about: if you’re seeking the thrill of high-rise, the sanctuary of a garden and the comfort and familiarity of a shopping stalwart in hectic Oxford Circus, this must be the place. After a bit of a mix-up, we booked on the day and amazingly secured a prime, sunny spot on one of the hottest days of the year so far. Squinting into the sunshine and chattering between plant pots were day-trippers and office workers, old and young united at lunchtime. 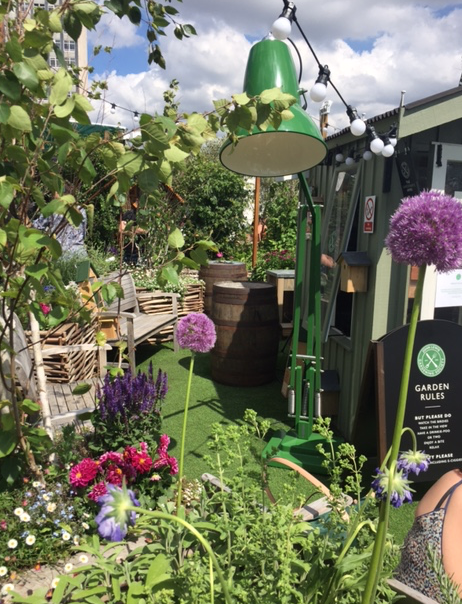 I was thrilled to be invited on what was a bit of a family outing. James Pembroke, Oldie publisher, restaurant critic and self-proclaimed ‘Godfather of the Year’, was treating a godson and another young friend; as the in-house Oldie youngster, I was invited along.

Foley’s will be in-situ until the end of July, after which a new, as yet unnamed restaurant will… pop-up! The restaurants will be in place until 4th September, and then it will resume its former life as a plain and simple rooftop. I heartily recommend you visit for a bask in the sunshine, some lunch and a glass of wine.

*Another thing to note: green-fingered oldies would be saddened to miss this weekend’s Open Garden Squares in London. Think Open House (the annual fixture when magnificent London buildings open their doors to the public), but for gardens. All over London, private and secret gardens, normally closed to the public, will open their wrought iron gates. Jam, tea, cake and jazz at Bonnington Square Garden, a leafy, recovered bomb site? Or visit the Moroccan-themed garden, tucked behind Rococo Chocolates in Belgravia? Have a peruse of the website, locate some local hidden gems and buy tickets by clicking here. 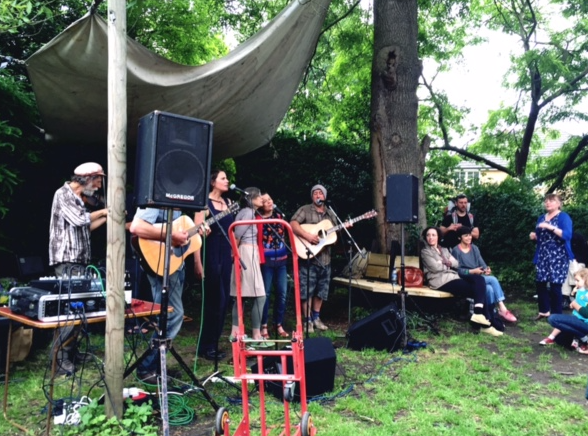