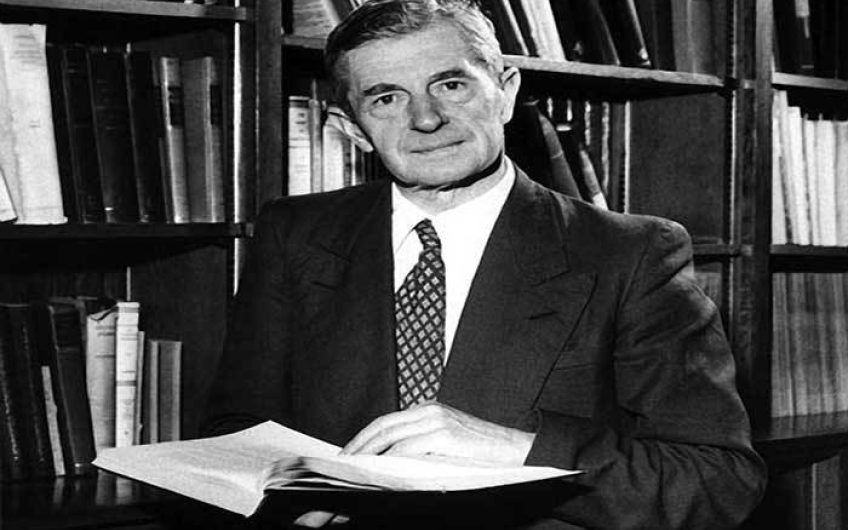 In the late Forties I met a man in a small Norwegian general store. I was an art student hitch-hiking to the Jotunheimen, a remote area of Norway where I planned to walk, living rough. I had survived the war and was on a student grant of two pounds a week. It didn’t go far even in those days.

I had discovered the general store’s one great attraction: a wooden barrel full of soused herring which could be bought for coppers. You took out what you wanted, shook off the brine and wrapped it in newspaper. There was only one other customer in the shop, a man in his sixties, and I knew he was English even before he spoke, for no Norwegian would have dressed as he did, nor worn his garb with the same aplomb. He was wearing a sand-coloured boiler suit from which the arms and lower legs had been cut off; one pocket on the breast held his passport, as I found out later, and no doubt his travellers’ cheques, and tied to it by a piece of string was his handkerchief which flapped about behind him. We got chatting and when we went outside I saw he was travelling by bicycle. For some reason we struck up a rapport. I stopped hitch-hiking and we walked along together as he pushed his bike alongside.

In the evening I chose a spot for the night and made a fire to cook my supper on, and he was still with me. He had a sleeping bag and after supper he climbed into his and I climbed into mine and we turned in for the night. A couple of times during the night he woke me to point to something of interest in the night sky which I thought rather strange, but in the morning he told me he was an astronomer on his way to attend a conference of like-minded scientists who held their meetings in different parts of the world every two years. The meeting was to be hosted by the King of Norway in Oslo and he was Britain’s representative. I said I thought his clothes weren’t really suitable to meet a king and he said he’d had his glad rags sent on.

He pedalled off to Oslo and I got my lift to the Jotunheimen.

I gave the incident no more thought until weeks later back in England I received an invitation to dinner at the Athenaeum as the guest of one Sydney Chapman. There was a brief message – ‘We met in Norway.’

Somewhat bemused, I went. Sydney met me and introduced me to a friend who was to dine with us, an inventor who had been commissioned to design an anchor, powerful, but much lighter than usual, for use with the flying boats which it was hoped would keep the empire together without the expense of building a lot of airports. Later when I got keen on sailing I always remembered this conversation when anchoring; his anchor was called the CQR (secure) and became widely employed in the sailing world. The other thing I remember was that we went into the dining room through a door which seemed to be part and parcel of a wall of books. I thought this was a very childish joke in the home of such intellectuals.

I came to realise at this dinner that my friend Sydney Chapman was very famous indeed, one of the greatest scientists of the twentieth century, no less, whose work ‘has stood the test of time to become the foundation of modern solar-terrestrial physics’. He was credited with working out the photo-mechanisms that give rise to the ozone layer, and has a crater on the moon named after him.

I must have told him that I was thinking of getting married. The girl I was marrying was forced to elope with me owing to parental opposition, so we had none of the normal wedding presents such as canteens of cutlery and dinner services. The only gifts we received were a pair of walking boots and a book. The boots were given to my wife by my student friends for our honeymoon, which was to be spent walking in the Alps. And the book was a present from Sydney. It was Walden by Henry David Thoreau, a classic which I still have.