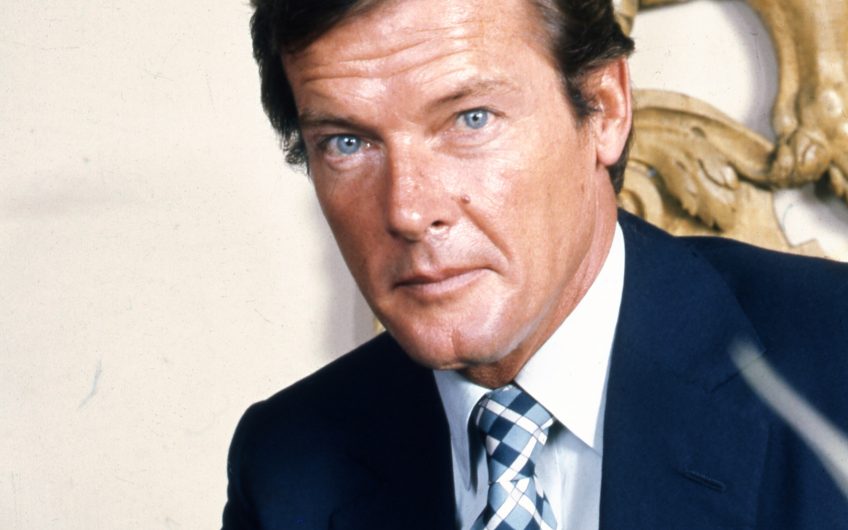 Tanya Roberts, a Bond Girl in A View to a Kill with Roger Moore in 1985, has died at 65. When Roger Moore took off Madeline Smith's dress in Live & Let Die with a magic watch, he couldn't have been more polite

One bitterly cold January day at Pinewood Studios, I crawled into bed with Roger Moore. We spent three days together, locked in a very unromantic embrace, before I was sent away to cower in a cupboard.

This was the iconic ‘magic watch’ scene – the opening scene of Live & Let Die, and I was Roger Moore’s first Bond Girl. In 1973, when the film was released, my character didn’t even have a name - only ‘beautiful girl’ on the credits. ‘Miss Caruso’ appeared by magic on the DVD, finally giving my formerly insubstantial character a fragile identity of her own.

Roger and I got on famously. He had suggested me for the part after we’d worked together with Tony Curtis in the spoof detective series, The Persuaders! There was no intimacy in bed with him, despite our physical entanglement. He sported light blue boxer shorts and my 23 year old pert posterior was shrouded in a mountainous pile of frilly knickers. In bed I looked ready for the skating rink! In 1973, James Bond was still considered family viewing, so there was no humping, or feigned orgasms with the sound man’s microphone hovering above your throat. Roger’s wife, Louisa, was floating, spectre-like, around our bed for the duration of the scene, so there was never any possibility of hanky-panky down below.

There was a lot intimacy going on under my dress when I finally made it into the wardrobe, but it wasn’t with Roger. The ‘magic watch’ required a bit of help – a thin wire threaded through my dress’s zip, pulled downwards as Roger ran his magnetic watch down my back. The dress, made of a coarse, dense material, kept buckling, as our special effects wizard, Derek Meddings, his chain-smoking assistant Ian and the ever-present wardrobe mistress all pulled and tugged beneath my legs. Many takes later, we had all become intimate friends. I grew to detest this bright blue pneumatic dress, in which I looked more like a Michelin Man than a sexy Italian spy! It was a great relief for all concerned when it finally fell to the floor.

Roger kept the atmosphere light throughout the tedium of filming, and his energy, jokes and enthusiasm never flagged. He had a kind word for everybody, and never disappeared, star-like, off-set. He was genuinely interested in all that was going on. He strenuously and repeatedly rehearsed a complex fight scene, and used a stunt double as little as possible.

Blink and I’ve gone in my tiny scene, and I don’t flatter myself that its cult status is because of my staggering acting ability, or faux Italian falsetto voice. Rather, it’s Roger’s magic watch (and his own sheer magnetism) which are responsible. Roger called our humble scene of his favourites, a compliment I really appreciate. The feeling is mutual, and the years have not dimmed the memory of, perhaps the briefest, but one of the most enjoyable jobs I ever did.