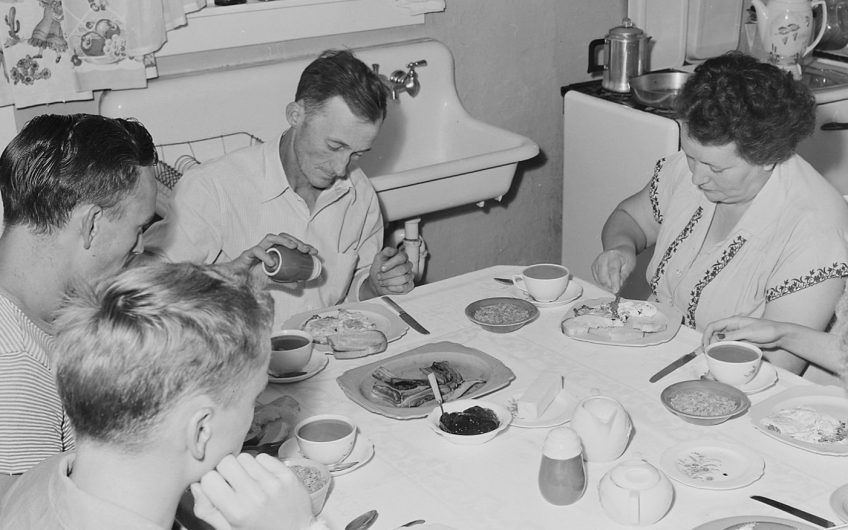 Mary has persuaded me, against my better judgement, to leave my garden and attend a house party in a sporting lodge on Mull.

She failed to heed my warnings that my Special Needs have rendered me no longer sortable as a house guest. I proved my point quite early on on the first day.

I asked her if, now that I am a celebrity, I could have a separate table at breakfast away from the main group: this was so that the incessant chatter would not upset my delicate digestion – or even trigger a choking incident.

She reprimanded me, saying that there would be plenty of opportunity for me to have a separate table in the nursing home where I am surely bound and, in the meantime, I should try to enjoy being in the company of ‘high-calibre fellow guests’.

The idea of a silent religious order has been growing on me. Breakfast, problematic even in one’s own house, would certainly benefit from a rule of silence in a house party where the main danger comes from inappropriate heartiness at such an early hour.

Only this morning, I was approached, just as I sat down at the table for 20, by a baroness from the House of Lords handing me three small slips of blank paper on which she required me to write down my name, an object that could be found within the house, and a location either within the house or on the estate.

‘I better not sign up for this,’ I told the baroness. ‘My mother has always said, “The thing about you, Giles, is that you’re not a team player.” ’

‘But this is the one game where you don’t have to be a team player,’ enthused the baroness, adding that it was just about survival of the fittest. This was even less of an incentive to join in.

Mary has seen fit to put me on a decaffeinated coffee regime to help quell the non-specific, free-floating anxiety that tends to affect me immediately after my usual ingestion of half a litre of caffeinated. Anticipating my needs, she had thoughtfully gone through to the kitchen and handed over a packet of decaffeinated she had sourced in the Oxfam bookshop in Oban, requesting that a single cafetière with small capacity be made up to preempt confusion.

Only what arrived on the table was a near firkin, ‘in case anyone else would like some decaf’. Hence was used up half my week’s ration, and we are many miles from a shop. I mouthed my dismay across the table at Mary whenever I could catch her eye.

But I am not alone in having special dietary needs (let alone social). A Worcestershire farmer’s wife, whose company even this misanthrope always enjoys, told me the last time we visited that she had been moved to stop serving breakfast to her guests. So many incumbents now require, as though it’s their birthright, the same bespoke menu they enjoy at home, that she invites them to self-cater.

But then you also have to provide blueberries or strawberries to liven up the hairshirt of the ancient grain.

I always like to ask her if she happens to have Golden Syrup. I like the challenge of trying to prise off the top of the tin, which usually involves a screwdriver and/or a 50p coin; even though I usually reject the contents, for health reasons.

Take toast – it goes soggy if done too early and, if left in the oven to keep warm, turns melba-like. Most sophisticated folk like their bacon streaky and crispy, not thick and limp and oozing milky fluid. But if you turn your back on the crispy for a moment, it turns to charcoal, just as fried eggs go too hard if left a few seconds too long in the pan. In a Scottish house party, a cook also has haggis, black pudding and potato cake to contend with.

We have all more or less grown out of instant coffee. But some guests now insist on grinding their own, from single-plantation, fair-trade coffee beans with all the attendant din of the coffee grinder.

In short, breakfast seems to have become a nightmare all over the country. Perhaps we should all take a tip from oldie Joanna Lumley, who has attributed her lifetime of non-obesity to always skipping it.

‘Don’t wake up the ravenous beast,’ she warns.