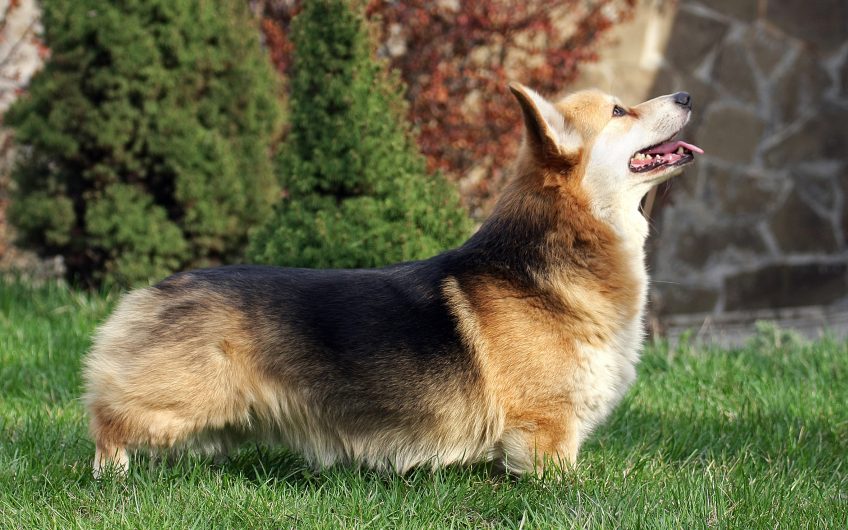 Having exhausted the two-legged members of the royal family, Penny Junor has turned her attentions to the royal Corgis - in All the Queen’s Corgis. The story of Elizabeth II and her Most Faithful Companions. (Corgis are all the rage: in 2019, The Queen's Corgi, a new cartoon, will tell the tale of Rex, the monarch's favourite dog).

Snapping at the heels, so to speak, of her biography of the Duchess of Cornwall, comes Penny Junor's brief WOOF! Mishka, be quiet! WOOF WOOF! Mishka! Down! Bad dog! That’s my lapto…

And good choice! I know about the Queen. My hooman and I get stopped a lot in the street by tourists asking. ‘Is Queendog?’ Hooman even knows the names of these puppers and mutters stuff like, ‘Shame about Whisper dying. Poor Queen. Her last Corgi. Why don’t her bloody children just get her another and look after it when she goes?’

Whatever. But here’s the thing: tbh, this Queen rap is very old school, and this book is sadly out of touch. Example: says here, ‘Corgis have been seen for some time by many as old people’s dogs.’ Fake news! We’re all about the Corgo youthquake. Teenagers mob me in the street. 72 per cent of my followers are under thirty. We Corgs have strong engagement with young Russians and Koreans, and China is starting to come together #yearofthedog. Why? Not because of the Queen. Because Instagram loves a Corgi. #6millionpostsandgrowing.

Imo, these royal stumpers could do so much better with good representation. Here’s the thing: Instagram success is all about market niche. Because the dog market is pretty much saturated, you have to find the USP (mine is ears #oneuponedown). But these Corgos are heckin niche. They could be as big as @kardashian. First, the royal Corgis got family: 14 generations of puppos, going back to Susan, the ‘foundation bitch’ (cosmetic brands gonna love that). They’ve got diversity #dorgi #modernfamily. They got drama, like when Princess Anne’s Staffie, Florence, killed the Queen’s oldest Corgi, Pharos, on Christmas day. And there are stand-out stars, like Honey, who bites policemen’s trousers. LOL! I’m thinking clothing range, I’m thinking private members’ club. For real, the sky’s the limit for these doggos.

Such great brand potential. Not gonna lie, though, they are letting themselves down with this book. So apparently they ‘live in a prestigious part of London’, but do we see it? And they’ve got access to die for: royal trains, private jets, heads of state, all wasted. Like, there’s a picture of seven of these good boys doin’ them a deplane down from Queenforce One. That’s at least 100K follows on @richdogsofinstagram. One post, you’re already an influencer! And here’s another major fail: not giving a shoutout to merchandise providers. Balmoral and Sandringham are terrific prestige marques @sandringhamluxurydogsofas @balmoraldogbeds #creamfauxleather. Missed opportunities everywhere.

Weird thing is, seems they were better at this back in the day. King Edward VII’s fox terrier, Caesar, even published his own book #highpaws #dogcreatives. Last few years, though, there’s been this idea that the Corgis are ‘part of the queen’s private life’. Rookie error, obvs; so I guess the Palace approached @pennyjunoragency to come up with a campaign for a relaunch.

But tbh, where’s the content? Not enough images. Too much b/w. And the old-school captions! At @mishkacorgo we are all about captioning. Captions are your tool to turn a swipe into a ‘like’. Sadly, here’s a typical one from @pennyjunoragency: ‘Queen Elizabeth with Elizabeth and Margaret – dog lovers all.’ Lacklustre, or what? Doesn’t even tag Susan, right there lying on the ground, lookin’ heckin’ grumpy - and that, motherpuppers, is instagold.