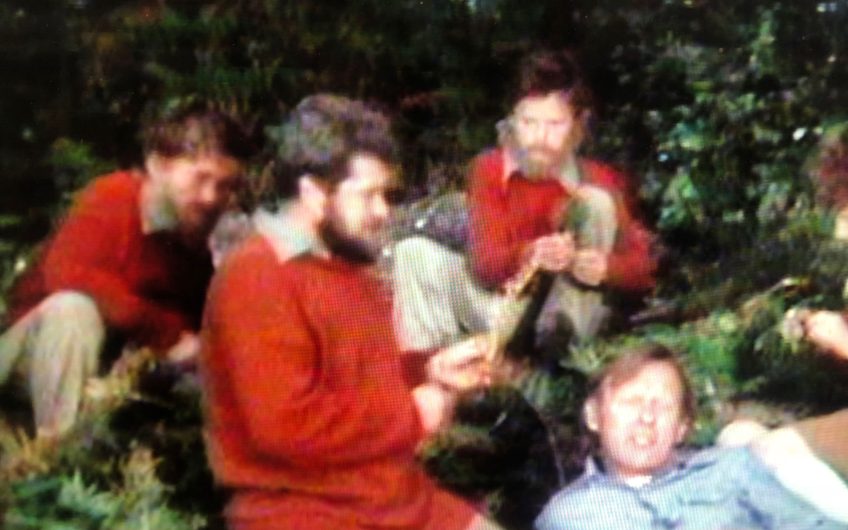 Like all other children of the seventies, I was enthralled by the Goodies.

Back then, I would roll helplessly around our sitting room carpet, laughing in agony at gigantic cats and men hitting each other with over-sized sausages. At school, we would re-enact sketches at every possible opportunity.

TV land and its participants were as unreachable as Venus – until, one evening at my Dorset prep school, in 1979, an elegant man strolled into prep with the headmaster.

‘Boys, we’re looking for three volunteers to appear in The Goodies,’ beamed the headmaster.

The second coming wouldn't have had come close to the response. Arms ripped themselves out of their sockets to reach the ceiling. Some boys even became flirtatious. This was the golden ticket. We would have sold or shot our parents and siblings to be one of the three.

The producer, a Cambridge mate of my headmaster, plucked out two of us blonder boys and the school’s token girl, and put us into his large car. Had we stayed one more minute, we would have been torn to shreds by the other boys because we were escaping into the Real World. Next stop: TV Glory. And the possibility of Real World Food.

John, Juliet and I were driven to some woods where it seemed like a hundred adults were clutching lights and cameras. We quickly realised that nosh must play a part in the proceedings. Sure enough, there was a large canteen van dispensing grub to the crew. We headed straight for it and were given the most enormous hot dog I have ever seen before or since. The sausage was proper Goodies proportions: three times the length of the gluttonous frankfurters I was used to, and was barely visible under the compost heap of onions and ketchup. I’d have danced naked in a girls’ school for seconds.

We turned round, and there they were: our three Elvises, the Goodies themselves. Tim Brooke-Taylor gleefully told us we were going to appear in a spoof of David Attenborough’s seminal TV series, Life on Earth. There had been a famous episode where Attenborough had lain nervously among a family of homicidal gorillas, intoning how saintly they were.

Graeme Garden was to dress up as Attenborough (pictured), in a pale blue safari suit, and we were to be the wild and woolly David Bellamy family, complete with ginger hair, jumpers and beards. The scene went off fine; we dutifully chewed on wild flowers while Graeme Garden whispered about the Bellamy family. I’m the Bellamy in the top-left corner.

The following January, our episode entitled ‘Animals’ was screened. We three megastars were allowed out of prep. In the absence of a video recorder, the Headmaster photographed the screen with his camera, as we came on. Needless to say, it was over in a flash but, at £40 for seven seconds on the screen, it is still the highest rate I have ever been paid.

Years later, when I was publisher of Cult TV, a short-lived magazine devoted to stray episodes of Star Trek and the like, I pulled off our breakthrough interview: all three Goodies twenty years on. I asked them to meet me in the private room on the second floor of the Gay Hussar.

As proud as a man with a two-foot hot dog, I dismissed the proffered menus. ‘Leave it to me, chaps,’ I winked and then, with steadily declining confidence, as I caught the eye of Bill Oddie, boomed, ‘You’ll love their roast duck.’

TV’s most prominent and chippiest twitcher went ashen and glowered back, ‘They’re even nicer with their feathers on.’