Letters from a prisoner-of-war - Charlie Mortimer 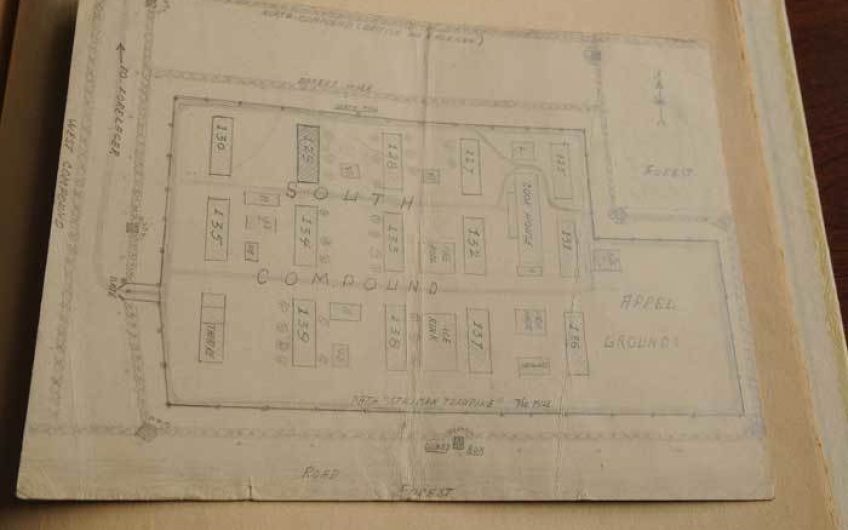 Today is the anniversary of the Great Escape in 1944.

Roger Mortimer was imprisoned in German POW camps for five years. As his prison letters are published, his son, Charlie Mortimer, Lupin in the Dear Lupin letters, remembers his dear father

Roger Mortimer (1909-91) was best known as the Sunday Times racing correspondent – and then for Dear Lupin, the letters he sent me in my rackety youth. But the most influential time in his life was the spell he spent at the Germans’ pleasure for five years.

My father was commissioned into the 3rd Battalion Coldstream Guards in 1930. Shortly after the outbreak of war in September 1939, he was dispatched with the 1st Battalion as part of the British Expeditionary Force in northern France/Belgium in the Phoney War. Some months later, he found himself fighting a desperate rearguard action against the German advance on the Dyle canal in Belgium. A shell exploded nearby and he was knocked unconscious and left for dead – he was incorrectly reported by the authorities to have been killed in action.

When he came to, he found himself surrounded by German soldiers – and a prisoner of war (POW or ‘Kreigie’). He was POW No 481 for the next five long and challenging years, still a young man.

His incarceration had no known closing date. Just a few weeks before his imprisonment, he had written home that he was ‘unlikely to get leave until the end of June’ – little imagining that, by then, he would be adapting to life as a prisoner in spartan Spangenburg Castle (or Oflag IX A/H, its official camp name), in Hesse, Germany, rather than relaxing more comfortably chez Mortimer in Chelsea.

Airey Neave was a fellow POW at Spangenburg. An outspoken figure who’d just passed his Bar exams, he was dubbed ‘Fogwhistle, the down-at-heel attorney’ by my father.

My father was a modest man. His success as a journalist and author came not through calculated manipulation and jostling for position but through being very good at what he did. Humour, intelligence, decency and quiet, resigned acceptance of the status quo got him through. In a letter written shortly after he was captured, he said, ‘I suppose, after thirty years of ease, a little discomfort is good for one but I hate never having a bath and having only one set of clothes.’

In the camp, he and Sir Fred Corfield, aka ‘Dungy Fred’, later an MP, concealed a radio, ‘The Canary Bird’, sharing news from home – quite an achievement for someone so hopelessly impractical.

Adjusting to life as a prisoner required courage, resilience and resourcefulness, together with tolerance, good manners and friendship combined with loyalty. In later life, the vast majority of my father’s closest friends were those he made as a prisoner. As I grew up, I got to know them almost as family. I look back on their mutual, understated strength of character with huge affection.

In the 1960s, 70s and 80s, their friendship was the backdrop to my father’s witty, endlessly patient and affectionate letters to me (the wayward son) in Dear Lupin and to others about me, such as my then Eton tutor, Michael Kidson: ‘I agree with everything you said in Charles’s report except for the comparison with the chimney jackdaw; I thought that was unfair to the bird. As you say, he is a sort of inverted Lord Rosebery [the Prime Minister who correctly predicted in his youth that he would make it to Number 10, win the Derby and marry an heiress – I’ve yet to succeed in any of these departments].’

At my father’s thanksgiving service in 1992, his close friend and fellow Coldstreamer Brigadier Raoul Lemprière-Robin observed, ‘I always feel it is quite out of keeping for anyone who has not himself been a prisoner of war to expound upon the realities and consequences of life as such.’

So here are my father’s own words, written in 1945 to a friend: ‘I think prison has done me very little harm and some good. I am now far better-read, far less smug and conceited, far more tolerant and considerably more capable of looking after myself. One thing I have learnt, when times are really hard and difficult is that the veneer of birth, education etc is shown to be amazingly thin.’

In 1985, he wrote to my sister, ‘When I think of some really splendid friends who were killed in the last war, I wonder if they would reckon they had been swindled if they could see England as it is today. Incompetent politicians, corrupt trade unions, punks, muggers – charming. The only good result of the last war was getting rid of that dangerous lunatic Hitler.’

As he said to me on numerous occasions, ‘There was never a time as a POW that was quite as bad as the first term at my preparatory school [Wixenford, now Ludgrove]’.

Vintage Roger - Letters from the POW Years by Roger Mortimer