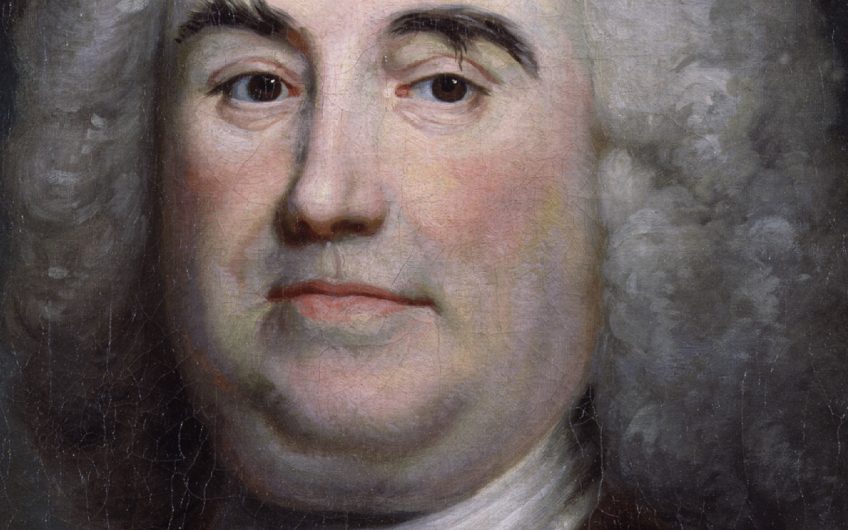 Benjamin Disraeli, with characteristic brio, was the first to admit it.

‘I have climbed to the top of the greasy pole,’ he proudly declared on first becoming prime minister in 1868.

Before then – and possibly afterwards, for those who deplored Dizzy’s barely-clothed ambition – wanting to be PM was not something an MP admitted to in polite society.

Robert Walpole, the first prime minister, came to power 300 years ago on April 3, 1721. The present occupant of No 10 points out in The Prime Ministers, a new book edited by Iain Dale, ‘In 1741, Robert Walpole “unequivocally” denied that he was Prime Minister (despite having been so for 20 years). After three centuries and 55 incumbents, I think it’s fair to say that the coyness about owning up to being Prime Minister is finally beginning to fade.’

The office of prime minister came about through accident and personal ambition. Walpole shrugged the title off as an insult but ensured the political world in which he operated (small, cliquey, backbiting – so unlike our own) got used to the idea of a single minister in charge through his own competence and longevity.

Owning up to wanting to be prime minister is still frowned upon. Like announcing a currency devaluation (or a national lockdown), the timing of admitting a desire for the top job is crucial.

If the sitting party leader is fighting for their political life, being cast as one of the assassins doesn’t generally improve one’s image. Harold Macmillan managed to do it and succeed Anthony Eden, but Quintin Hogg’s attempt to pull of the trick and follow Macmillan made him look bumptious and ambitious – which he was. Anonymous Alec Douglas-Home got the job instead.

Then again, if ambition is closeted too long, it loses its shine. Iain Dale’s book is filled with those, from Hugh Dalton to Michael Heseltine to John Smith, who, through bad luck or bad judgement, missed their chance.

Does an overview of 300 years of prime ministers make the job seem worth all the anguished striving?

Well, compared to most jobs, it doesn’t tend to last very long. Disraeli only teetered at the top of the pole for nine months on his first ascent. He shinned back up again to add a respectable six more years from 1874 to 1880. That cemented a place in political history, as much for his general boosterism of ideas – about the Crown, the Empire and (moderate) Reform -- as anything he actually did.

Among the 54 other prime ministers, by far the most common length of time in office is under two years.

Some of those brief candles, like poor George Canning, dead of pneumonia at 57 after only three months in the job, were unfortunate. Most, like Viscount Goderich, 'the Blubberer', who had to be informed of his resignation by a well-prepared George IV – he had a handkerchief ready – were simply not up to the job.

But what exactly is the job, and has it changed much over the centuries? Johnson points out the continuities: the house, the Cabinet room and the Parliament he answers to. But, taking the long view, the differences are equally apparent.

First, there is the relationship with the monarchy. Though you wouldn’t know it from our continuing obsession with the Royal Family, their political role today is comprehensively circumscribed.

For the first century of the role, the relationship between prime ministers and the monarch was the most crucial. Number 10 Downing Street was the gift of a king, George II. But it was its first recipient, Robert Walpole, who made sure the house was attached to the office of First Lord of the Treasury – that’s why that title is inscribed on the letterbox.

In that decision lies the germ of the idea that power would no longer be personal, but institutional. By the time Disraeli pursued his fatherly relationship with Queen Victoria, the ceremonial side of monarchy had taken precedence over its politically powerful side.

After the monarch ceased to be the prime minister’s boss in anything but name, it was the turn of the people to be in charge. Still, until after the First World War, no prime minister had to serve in what we would understand as a democracy.

Over the last century, the PM has increasingly become, not a chair of a Cabinet of decision-makers, but the person held responsible for making all the decisions.

You could blame Churchill, who made a show of trying to run the war single-handed, although in fact he was a great delegator who questioned his appointees mercilessly.

It’s typical of the relative affections we have for sport and politics that ‘the impossible job’ is more often used to mean being manager of the England football team.

We might do future prime ministers a service – and quell the ambitions of those unsuited to the rough and tumble – if we used it for the occupant of No 10 Downing Street instead.