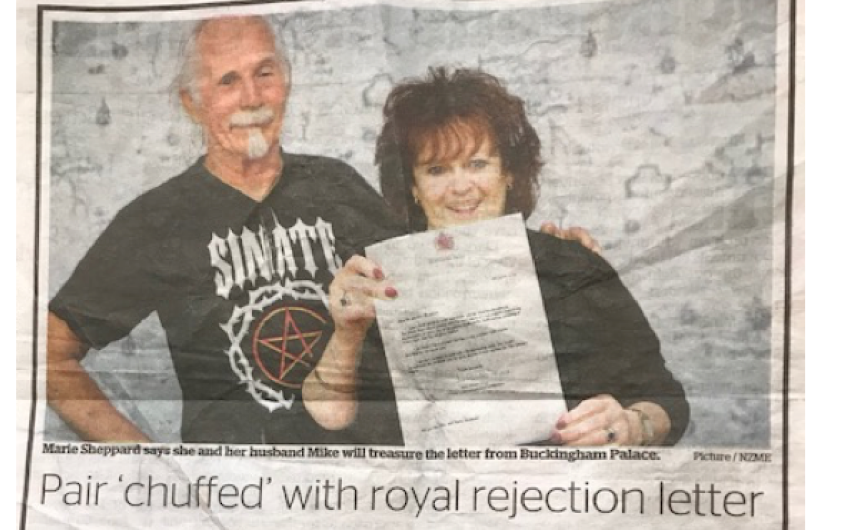 There has been more than enough hoo-ha about who is on the guest list for the royal wedding this weekend. But one couple has been happily celebrating the fact that they haven’t been invited.

They’re Mike and Marie Sheppard, from Whanganui, New Zealand. And they’re celebrating because they had an official letter from Buckingham Palace telling them not to come.

Marie Sheppard had apparently written on the off chance, asking if she and her husband – neither of whom have any connection whatsoever with Prince Harry or Meghan Markle – could have an invitation.

It’s hard to believe that anybody would spend time writing such a letter; and it’s even more difficult to believe that the Palace’s ‘deputy correspondence coordinator’ would spend time replying. But what is really beyond comprehension is that the New Zealand Herald treated this as a major story – that is, until you read what else can pass for news on the other side of the world.

I’m indebted to Oldie reader Sue Mattingley of Oxfordshire for sending me a sample of the Herald. She apologised for not being able to send a complete copy of the publication because she had used the rest of it 'to line the cats' travelling box’.

Margaret Calvert wins the Oldie Signwriter of the Times