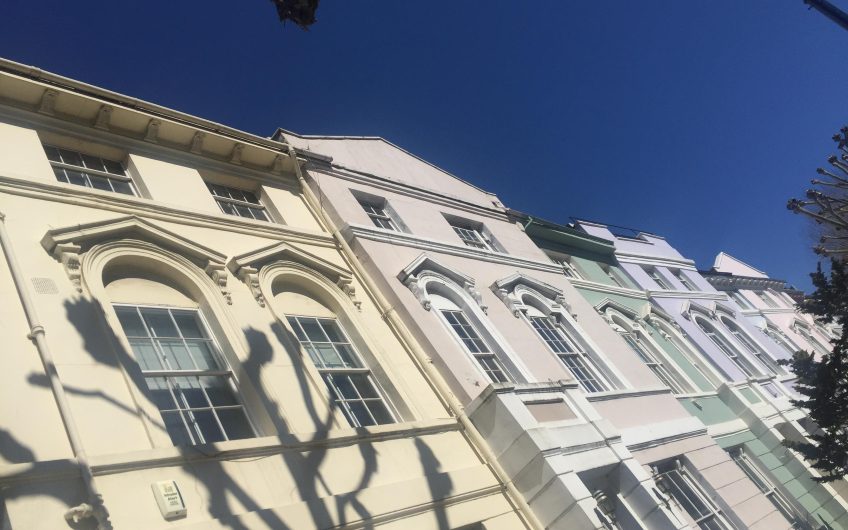 I have biked past these handsome Victorian villas in Regent's Park Road, Primrose Hill, thousands of times. But I've never stopped to look at them until this morning on my way to work.

One of the thin silver linings of the terrible virus is that, not only do you have much more time on your hands, but also it's much easier to stop in London and not get in anyone's way.

Regent's Park Road is normally packed with cars and people. And you couldn't have stood on the narrow pavement, as I did this morning to take this picture, without getting in someone's way. Today no one passed me on the pavement; and no cars whizzed by on the road.

With the sun out and the clear blue skies, London's subtle colours - often a wash of grey through much of the year - have never stood out so strongly. Nor has the shade against them, like the shade of this pollarded tree, above, on the house facade.

In 1911, the Welsh poet WH Davies wrote Leisure, finishing with these lines:

'A poor life this if, full of care,

We have no time to stand and stare.'

We now have oceans of time to stand and stare – but, still, life is pretty poor. If only there were more people around to share the pleasures of ultra-colourful London.