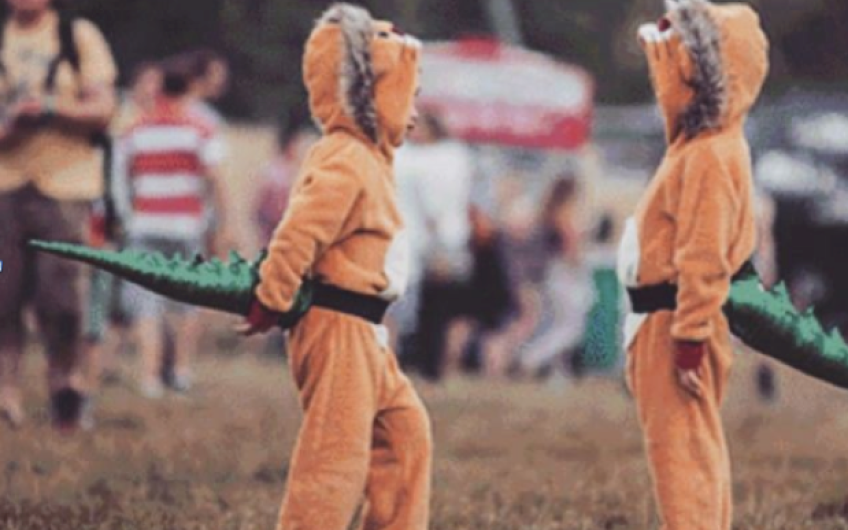 ‘Wet-wipes, rain coat, thermal vest…a tail.' Not how you might envisage the mental checklist of the festivalgoer as he or she goes about their weekend packing. But, if last weekend at Port Eliot, and the festivals I went to last summer, are anything to go by, it surely must be.

Matthew Webster, our digital guru, wrote about the ‘topper’ at the start of July, following its ubiquity across the fields of Glastonbury (‘there must have been well over 1,000 toppers at Glastonbury this year, which surely ranks it alongside Royal Ascot’).

This post is a follow-up. What about the tail? What, you may wonder, am I on about? Top hats are rooted in history; a telltale beacon of the aristocracy, a symbol of lineage or a wardrobe cert at notable society occasions. The human tail is rightly understood to be a Darwinian myth. So how have these engineered animal replicas – be that a dinosaur, leopard or bushy squirrel’s – made it onto the festival’s muddy catwalk?

Kids and adults alike don the animal behinds. Admittedly, festival dress codes like ‘Neverland’, ‘Under the Sea’ and ‘Cloud Cuckoo Land’ call for a degree of imagination; but it’s the tail, in its multifarious forms, that often tickles the most. They’re much funnier than the sumo-wrestling onesies and foil-clad, space alien costumes.

It’s the unassuming nature of it, the casual Dad in would-be normal attire. A Dad that wouldn’t be out of place in a supermarket or at the school gate, until they turn around… Like the topper, it can’t be for fashion? For the entertainment of the kids, perhaps? Although, it's more a happy, wagging ‘weirdo alert’ that anything else, ‘I’m not as normal as you think!’ it seems to suggest. 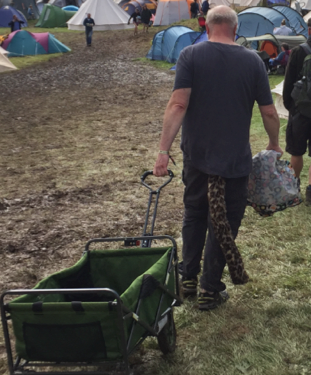 Well, where do these funny things come from? Are its roots in literature or art? Did Bottom’s transformation in A Midsummer Night’s Dream spark the trend? Or was it the curse of Circe in Homer’s Odyssey, which turned Odysseus’s men into pigs. Perhaps it’s connected to the Victorian fashion for anthropomorphism? An art form pioneered by Sir Edwin Landseer (1802-1873), with his hugely popular human animals depicted in the likes of ‘Laying Down the Law’ and ‘Dogs Playing Poker’. Then of course there’s Winnie the Pooh and Fantasia, that show animals adopting human characteristics.

It’s probably a festival trend that's sprung from absolutely nowhere, but its funny all the same. Another ingredient in the costume repertoire of the seasoned festivalgoer.