Want to know what Communism is like? Go Turkish in west London 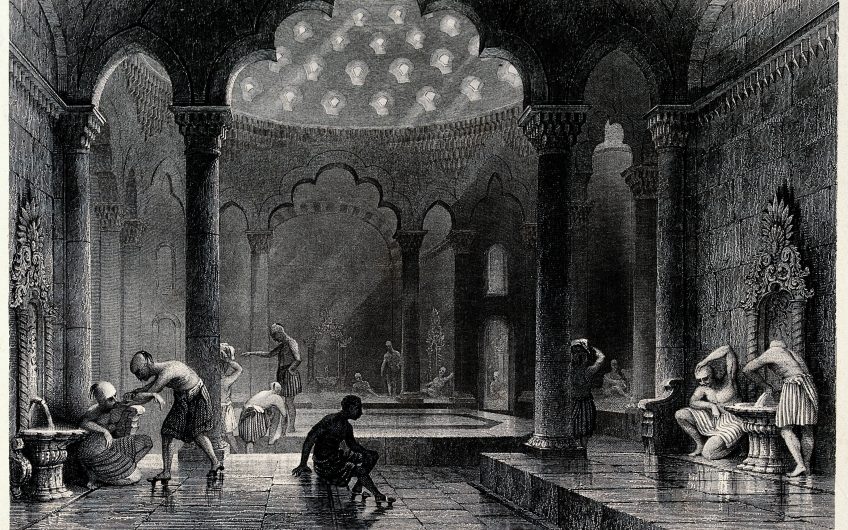 Anyone gullible enough to fall for this has both my sympathies and the promise of a lift, wherever on the mainland it happens to be, to the psychiatric facility of your choice.

The offer is as follows. For £500, in used and non-sequential treasury notes, I will teach your children, grandchildren, godchildren or anyone else with a scholastic interest in economics why capitalism won the battle over Soviet communism. And I will do it in five minutes.

By way of a preemptive defence against any future claims for a refund, a disclaimer. By every conventional metric, I know nothing, at most, about economics.

I can just about nod sagely when someone on the Today programme bangs on about GDP or money supply, in exactly the same manner as so many us did while pretending to read Stephen Hawking’s A Brief History of Time.

For all that, I consider myself the country’s leading authority on the failure of the economic model pursued by the Soviet Union.

All the credit for this goes to the Porchester Centre in London’s lascivious Bayswater. Two minutes in the spa, a 60-second stroll to the adjacent gym, another two minutes there, and the course will be complete.

The 20 years during which I have been a regular at these Turkish baths have unyieldingly illustrated the law of unintended consequences.

A central purpose to getting very hot in a steam room and then jumping into a icy plunge pool is relaxation. The Porchester sends the stress levels in the opposite direction with an approach to maintenance to shame the recipient of that coveted title “Vladivostok’s Worst Hotel, 1973.”

The steam comes and goes with quixotic abandon because the boilers are seldom serviced. The ceiling in the sauna recently collapsed. Leaking pipes have festooned the walls with a fungal mosaic to beggar the microbiologist’s belief.

Broken lights have gone unreplaced for a decade. Months after the water fountain gave out, the notice taped to it continued to express the management’s sincere regret.

Complaints to the leisure company contractor, and to the people on Westminster Council who awarded the contract, are met with a sympathetic courtesy hinting that, if ever a technological breakthrought makes it feasible, the water fountain will be fixed without delay.

Bringing us back to the economics masterclass, the explation for such apparently inexplicable incompetence, is that this is a quasi-state monopoly. If a treadmill breaks in the gym, it will be fixed in the time it would take someone in my state of fitness to walk a mile on it. So about four hours. With several commercial rivals within roughly that radius, they have no choice.

The spa, on the other hand, is the only surviving traditional Turkish baths of its kind (it still features the arcane Russian-Jewish practise of “schmeissing”, or being lashed with a soapy raffia brush) in London.

All the others have been closed or prissified into clip joints for people willing to blow £150 on having a herb that grows only in one Andean foothill rubbed into their buttocks. With nowhere else for the punters to take their business, why bother?

As captive clienteles go, ours is as broad a cross section of society as you could imagine. Market traders, actors, cabbies, coppers, actors, vicars, rabbis, QCs, boxers, teenagers, nonagenarians, Marxists and erstwhile BNP voters, Iranians, Turkmenistanis, a tribal king from Nigeria … nothing melts away the distinctions in class, creed, colour, nationality, wealth and political perspective like communal naked sweating in scalding steam.

For every High Court judges, there are several regulars who have been in the dock. One of the brethren, William Lincoln, recently emerged from the refreshing three and a half year stint (he was given seven, but behaved himself) with which he was rewarded for his part in the Hatton Garden heist.

Not having seen Bill since he came out. But it’s 8-11 he took one look at the state of the place, decided he couldn’t cope with the filth and the stress, and instructed his solicitor to lodge an application for a prompt return to HMP Belmarsh.

A graver offence by far than fencing contents of safety deposit boxes is the desecration by neglect visited on a Grade 1 listed building that should be a pristine shrine to egalitarianism in this age of brutal division.

No doubt it is portrayed as just that in management memos. In Brezhnev’s USSR official reports invariably reported a record cotton yield in Uzbkehinstan, when too little had been harvested to make a handkerchief for a sparrow.

So then, to remind you, a unique opportunity to learn why the Soviet economic model was doomed to fail is available for £500. A monkey to avoid three years at the LSE and £60,000 of debt? It’s the bargain of all time.

If you have a grand to spare, you might even think about buying two places on the course, and giving them as seasonal gifts to the Leader of the Opposition and his shadow Chancellor.