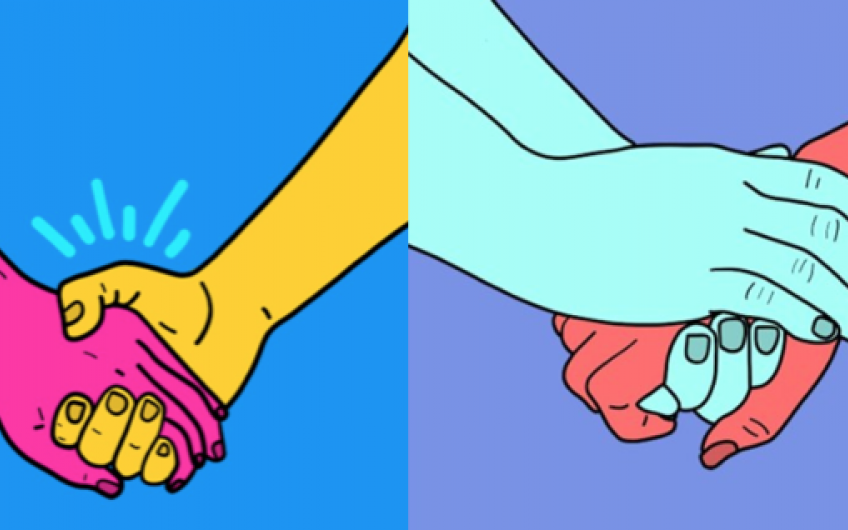 Why do we hold the hand of someone close to us when they are in pain? It might be a child in distress; it might be a woman giving birth; it might be an elderly relative dying. Do we hold their hand because we can think of nothing else to do? Or is it because it actually eases their pain.

Research led by neuroscientist Pavel Goldstein at the Institute of Cognitive Science, University of Colorado, very firmly suggests it is the latter. When someone who really cares about you holds your hand, his newly published study* concludes, it does reduce the level of pain.

He refers to this as ‘social touch analgesia’, a phenomenon that science is only on the fringes of understanding. The new research involved studying the experience – and the brain activities – of ‘romantic partners’ in situations where one was in pain (or not) with their hand being held (or not).

In simpler language, that means that, by showing your empathy with a loved one in agony by holding their hand, you can act as a natural painkiller and make them feel better.

Which is good to be told – but then most of us oldies probably knew that already.

* Proceedings of the National Academy of Sciences

SIR JOHN MILLS ON THE DOLE