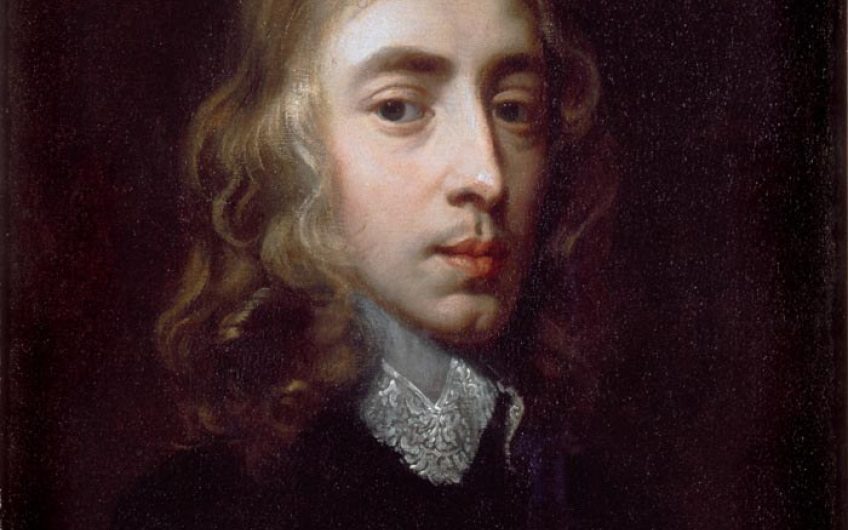 “Shakspeare and the Paradise Lost every day become greater wonders to me” – John Keats wrote to his friend Benjamin Bailey, 14 Aug 1819.

Milton, the Guardian Spirit of English republicanism, was the brooding archangel who haunted all the English Romantics and whose influence – to use Harold Bloom’s famous phrase – provided the Anxiety out of which their original voice had to be wrestled and discovered.

Keats’s poem “On Seeing a Lock of Milton’s Hair” is one of those spontaneous occasional pieces which he produced for his friends, almost as after-dinner recitations. He speaks in a letter to his friend Benjamin Bailey of going to see Leigh Hunt, the origin of Dickens’s Harold Skimpole, “I was at Hunt’s the other day, and he surprised me with a real authenticated Lock of Milton’s Hair.” After he has written the poem out – and it isn’t a very good poem – Keats says, "This I did at Hunt’s, at his request – perhaps I should have done something better alone and at home”.

Although not a good poem, it is a good idea for a poem. Keats, a young poet in the year 1818 is suddenly confronted with this relic of another age. As he says in the final line – “Methought I had beheld it from the flood”. He is drawn back into the world of Milton, its long-vanished civil war and religious controversies, and at the same time, he is aware of himself, and his generation, being on the threshold of the modern world, in which most of what Milton believed – except for the unmentionable politics – and took for granted – is to be cast aside forever.

But vain is now the burning and the strife-

Pangs are in vain – until I grow high-rife

And mad with glimpses of futurity.

In a long letter to John Hamilton Reynolds, written four months after he saw the lock of Milton’s hair, Keats wrote

“I must think Wordsworth is deeper than Milton – though I think it has depended more upon the general and gregarious advance of intellect, than individual greatness of Mind – from the Paradise Lost and the other Works of Milton, I hope it is not too presuming to say, that his Philosophy, human and divine, may be tolerably understood by one not much advanced in years, In his time Englishmen were just emancipated from a great superstition – and Men had got hold of certain points and resting places in reasoning which were too newly born to be doubted, and too much opposed by the Mass of Europe not to be thought etherial and authentically divine – who could gainsay his ideas of virtue, vice and Chastity in Comus, just at the time of the dismissal of Cod-pieces and a hundred other disgraces? Who could not rest satisfied with his hintings at good and evil in the Paradise Lost, when just free from the Inquisition and burnings in Smithfield? The Reformation produced such immediate and great benefits, that Protestantism was considered under the immediate eye of heaven, and its own remaining dogmas and superstitions, then, as it were, regenerated, constituted those resting places and seeming sure points of Reasoning – from that I have mentioned, Milton, whatever he may have thought in the sequel, appears to have been content with this by his writings – He did not think into the human heart as Wordsworth has done – Yet Milton, as a Philosopher had sure as great Powers as Wordsworth – What then is to be inferr’d? O Many things..It proves there is really a grand march of intellect”.

It is a very Hegelian letter. Keats is saying that merely by living in the nineteenth century rather than the seventeenth century, Wordsworth has been able to live without the shackles of dogma which still choked Milton’s imagination and understanding. It is remarkable that this letter, written in May, 1818, is divided by only fifteen years from a poem that Keats could not possibly have known – Milton by William Blake, which was written in Felpham, a village on the Sussex coast near Bognor during the poet’s not altogether happy sojourn there. (It ended with Blake having an altercation with his patron, William Hayley; and a much more serious quarrel with a soldier, who invaded Blake’s garden, had a row – which resulted in Blake shouting out words which led to his being charged with sedition at Chichester Assizes. Luckily, the old man was acquitted.)

We remember that Leigh Hunt, who produced the lock of Milton’s hair for Keats to admire, was himself sent to prison for seditious libel against the Prince Regent. The liberty of which Milton dreamed had not perhaps come to pass in the England of John Keats and William Blake.

Immediately the lark mounted with a loud trill from Felpham’s vale,

And the wild thyme from Wimbledon’s green & empurpled hills;

And Los & Enitharmon rose over the hills of Surrey.

Their clouds roll over London with a south wind: soft Oothoon

Pants in the vales of Lambeth, weeping o’er her human harvest.

Los listens to the cry of the poor man, his cloud

Over London in volume terrific, low bended in anger.

This is the poem which most people nowadays only know from its dedicatory lines – “And did those feet in ancient time/Walk upon England’s mountains green.” Blake wanted a revolution based upon a wholesale Hebraism. He imbibed Thomas Paine, but he despised the cheap and easy way in which revolutionaries ignored their debt to the Everlasting Gospel. The incantatory lines need to be read aloud. Don’t worry too much if some of Blake’s invented mythology is confusing,the first time you read it. Get hold of a good annotated edition, such as W. H. Stevenson’s, published by Longman’s.

The poem concerns the most fundamental things possible: how to we lose the tyranny of selfhood, without losing individuality? Cults and religions offer a path, but in all cases they are operating power – the dark Satanic Mills. Satan had made himself into a plausible God and “destroyed the Human Form divine”. Only by seeking God in Humanity, and abandoning “Natural religion” can he understand “eternal Annihilation; that none but the living shall/Dare to enter”. It is complicated, but at the same time as simple as larksong. “The imagination is not a state: it is human existence itself”.