The History of The Oldie by Richard Ingrams 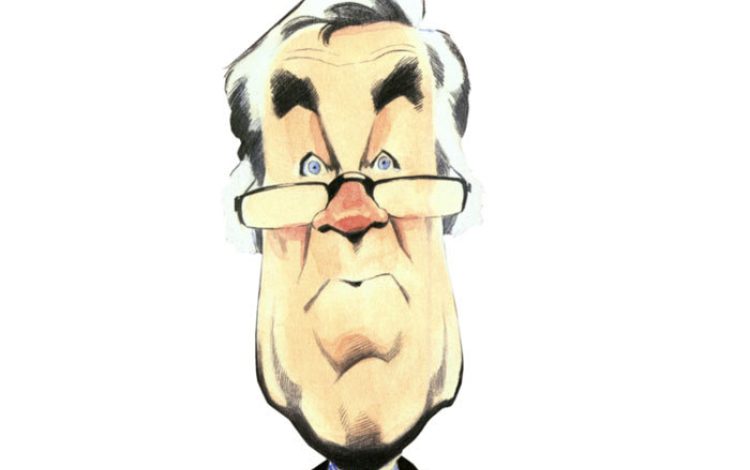 ‘Congratulations on producing the most pathetic magazine ever published.’ It was this letter from Julie Burchill, published in issue 2 of The Oldie, that persuaded me that we might have a future. It was such a magnificent tribute from exactly the right sort of icon of modern Britain that I took some convincing that it wasn’t in fact a hoax.

The Oldie had been conceived a few months earlier in conversations between Alexander Chancellor (my successor as editor, who sadly died in 2017) and myself. Both of us had some experience of launching new magazines from scratch and both were at a loose end. But it was not until we teamed up with Stephen Glover, one of the founders of the Independent, and together approached Naim Attallah as a possible backer that the idea began to look like more than something to be talked about in the pub. Over lunch with Naim in the basement dining-room at 45 Poland Street, I had what I thought was a brainwave. I suggested to him that he could do a series of in-depth interviews for the new magazine. I could see his eyes light up, and by the end of the lunch he was close to getting his cheque book out.

Even so there seemed something foolhardy about the project. The title itself looked like an unnecessary hostage to fortune, almost certain to offend potential customers and advertisers especially. It was only when a somewhat premature report appeared in the Sunday Telegraph (18 August 1991) announcing that the magazine was going to be launched that I began to be carried away on what looked like an unstoppable project. Offers of help and money came in, would-be contributors turned up. The Oldie was a goer.

The difficulty with starting a new magazine is that, until it exists, people (including possible contributors) don’t know what to expect. There are no readers to write in with letters and ideas. You have to provide something out of nothing to provoke a response. And The Oldie did not have the kind of megabucks that it could just go out and buy the brightest and best writers and illustrators. Still I can remember thinking that having secured two columnists in Auberon Waugh and Germaine Greer, I had got the middle-order batting, the basis of a team that might persuade others to join. And they did. At a Private Eye lunch, Beryl Bainbridge, who described The Oldie as ‘a zimmer frame for the mind’, actually volunteered herself as the theatre critic. Larry Adler, who desperately wanted to write about restaurants – he liked to eat out for free – eventually agreed to review videos of old films. Both were unlikely jobs for respectively a celebrated novelist and a musical virtuoso. At least The Oldie would be a bit different.

Thanks to a barrage of publicity, the first issue - 105,000 copies of which were printed - was a sell-out. As predicted, the figure then plummeted. Equally predictably, the press was almost unanimous in pouring scorn on the project. Dominic Lawson, then editing the Spectator, banned any reference to the new magazine. The Daily Mail devoted a whole page to attacking us. An article in the Guardian by a young columnist, Jocelyn Targett, branded me as a sex maniac and an anti-Semite. In the Evening Standard, Mr Peter McKay predicted that The Oldie would not last for six weeks. But by the third issue we were able to boast 4,000 subscribers – and subscriptions are the lifeblood of any magazine.

Used to a magazine (Private Eye) that was largely written by a clique of insiders, I was advised by my highly experienced staff, including my deputy Emma Soames, that the thing to do was to commission articles on whatever subjects were thought to be topical and interesting. After a short time I realised that this was going about it the wrong way. The best thing to do was to get the writers first and let them write about anything they liked – preferably some interest or enthusiasm. That way, at least, you avoided having to pay ‘kill fees’.

In the end, The Oldie seemed to write itself, with very little commissioning on my part. Unsolicited material (sent back unread by most of today’s editors) was what gave the magazine its character at a time when most mags contained predictable articles by predictable people. If I had to choose my favourite Oldie articles, from ten years’ worth, I think I would choose ones which just came in out of the blue. In the same way, one of my favourite features has been ‘I Once Met’ (conceived by James Michie, originally the Literary Editor), which proves that the amateur is often best qualified to get a good story.

Despite all the enthusiasm, The Oldie found itself by August 1994 facing a crisis. The basic problem was that it had run out of money, though why anyone had thought it possible to launch a new magazine with a mere £250,000 is now hard to explain. The other mistake had been to make The Oldie a fortnightly, which apart from anything else meant employing a large staff. This was my own fault, based on the fact that Private Eye has always been fortnightly.

However, when closure was announced there was a flood of letters, offers of help and new subscriptions. James Pembroke, the business manager, then put forward a proposal to turn The Oldie into a monthly, with consequent reduction of staff. On the strength of this Naim agreed to inject a further dollop of capital and the magazine moved to his offices in Poland Street, where we later opened the Oldie Bookshop at street level.

The Oldie had a last-minute reprieve, and from then on the circulation gradually crept up. The Literary Lunches were launched at Simpson’s in 1996 and have gone from strength to strength, even branching out into the provinces. In 2001, however, a further crisis struck when Naim Attallah announced his intention to dispose of all his various publishing enterprises.

Anxious months followed when we went the rounds of various publishers in the hope of finding a purchaser, getting polite brush-offs all round. Help came at last from one of the magazine’s most generous supporters, Sir Paul Getty, who had previously sponsored the Oldie of the Year Awards lunch at Simpson’s. Sir Paul proposed a scheme whereby he bought the magazine from Naim Attallah and contracted John Brown Publishing (famous for ownership of Viz) to produce and market it. The deal was finally agreed in August 2001, and we moved to what we hope will be our final resting-place at 65 Newman Street.

Sadly Sir Paul Getty died in 2003 and in 2007 his son and heir Mark decided to sell the magazine. It was eventually bought by a consortium headed by our former business manager James Pembroke. Thanks to his enthusiasm and business flair, The Oldie’s circulation has just passed the 41,000 mark. Onwards and upwards!

In June 2014, Alexander Chancellor (pictured below) became the Editor of The Oldie. He redesigned the magazine and introduced a number of new columns and writers. Circulation continued to grow under his editorship. On January 28th, 2017, he died. He will be greatly missed by all of us who worked with him.