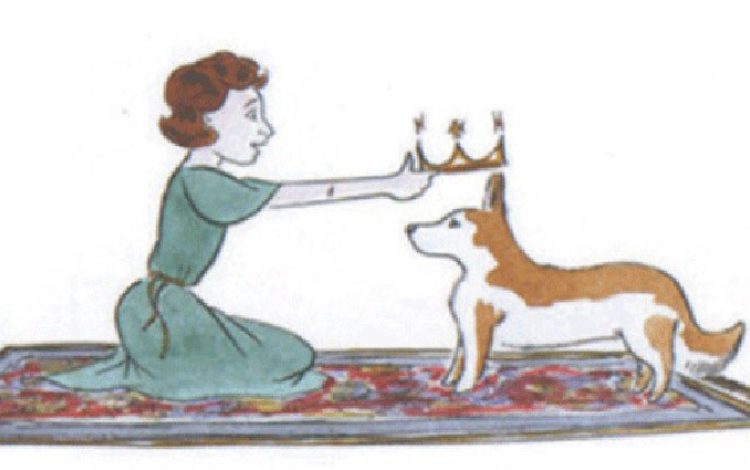 To celebrate the Platinum Jubilee, A N Wilson has written a charming book, Lilibet: The Girl Who Would Be Queen.

Wilson imagines the Queen on the eve of her Jubilee this year, thinking back to her childhood.

His tone is pitch-perfect as he remembers little Lilibet and ‘Grandfather England’ (George V), who hated ‘that damned mouse’ – ie Mickey Mouse.

Wilson is a mere whippersnapper, born in 1950, but he has an ear for the cadences and jokes of the little Princess Elizabeth, as she compares Wallis Simpson to Olive Oyl. He also makes jokes about how the Princess prefigures her life as Queen. The little girl refers to the Abdication year of 1936, when ‘everything turned rather horribilis’.

This isn’t the first time Wilson has tackled the young Princess. In 1984, he published Lilibet, a poem with these poignant lines on the Abdication Crisis:

Later the stricken mother would endeavour

To break the news to her bewilder’d child.

‘Your Uncle David, usually so clever,

Has been by an American beguil’d.

Bravely, and through her tears, the Duchess smil’d.

And while the Duchess with her daughter frets,

Downstairs, the air is thick with cigarettes.

The thrill of the case

Modern Life: What is a Listicle?