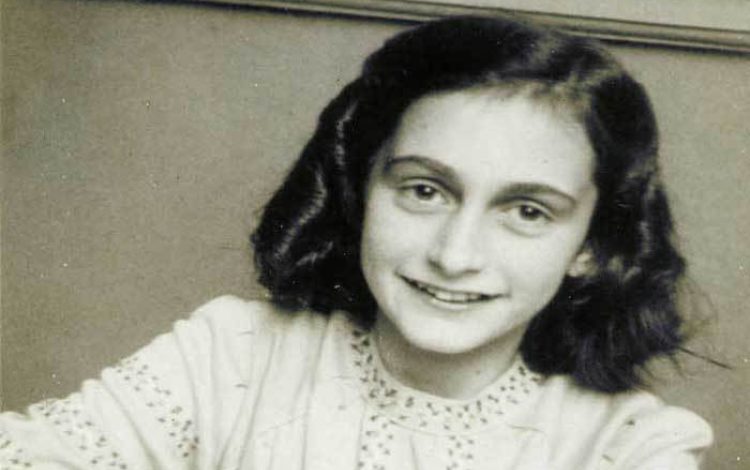 To commemorate the anniversary, her collected works were published by the foundation set up in her name, the Anne Frank Fonds.

Not only her diary, but also a whole collection of stories and observations – even her anthology of favourite quotations – were brought together in one place.

The resulting heavy volume is impressive enough. It also gives a poignant indication of the writer’s life that the teenaged author wanted to live – and might have lived, if her family’s place in Het Achterhuis, the secret annexe in Prinsengracht, Amsterdam, had not been discovered – betrayed – and Anne, along with all of its occupants except her father, had not been killed. She and her sister Margot died of typhus in Bergen-Belsen, having passed through Auschwitz, where their mother was murdered. She died aged 15, in February or March 1945.

Before this new publication, I had never read the diary, which seems odd not only because I am, after all, interested in history, but because I am half-Dutch.

My mother (another Margot) lived through the Occupation in The Hague, where her father was a family doctor, and I grew up with stories of hunger, German soldiers in the streets, threats and disappearances.

Anne evokes her life of normality combined with utter strangeness, all shaded with the menace of destruction, with a freshness and honesty that has endeared her to generations of readers. But how much did the non-Jewish Dutch population know? My mother, ten years younger than Anne, is adamant: ‘We all knew what was happening.’

She illustrates with a couple of stories. After her father’s surgery, which was held in the family home, it was little Margot’s task to ‘open the French windows’ to the back garden. This was so that a Jewish neighbour, Mr Cohen, could pass unnoticed through a gap in the fence for a consultation. Otherwise, the Cohens did not go out, and their neighbours shopped for their food. Later in the war, as the net closed, the Cohens ‘disappeared’. After the Liberation, they returned: they had been hidden for the duration.

My mother’s father was once in a motorbike accident (his car had been requisitioned – ‘stolen’, as my mother puts it – by the Germans). As he lay in bed, soldiers came, rounding up able-bodied males to fill their depleted ranks. He was, fortunately, in no condition to go, but what the soldiers didn’t know – as my mother greeted them on the stairs before she was chivvied off in case she gave the game away – was that several other men were concealed ‘beneath the floorboards’ to avoid being conscripted.

Such risks were an accepted part of life. When my grandmother went to fetch my grandfather at the hospital after his accident, the ward sister quietly passed her some papers from his bag: a sheaf of resistance leaflets he must have been distributing on his medical rounds. My mother still has a small prohibited calendar of the time, with the Dutch royal family pictured on it. It is one of very few mementos of her father, who died on Good Friday in March 1945, not long before Liberation Day, 5th May. By then, after the Hunger Winter of 1944, food was vanishingly scarce.

By May 1945, Anne and her sister had died. Anne Frank’s writings had been preserved by some of the ‘helpers’ who had sustained them in the annexe.

Anne herself had heard a broadcast from the Dutch government in exile proposing to collect writings to be published after the war, and had begun editing her diary to put forward.

When her father was liberated from Auschwitz, he saw to it that her wishes were fulfilled, though initially a heavily edited version was published to preserve his daughter’s modesty (over her crush on the 16-year-old boy in the annexe, Peter van Pels) and the memory of those – including her mother – she criticises.

The version we have now is unexpurgated. Its first claim on our affections is not as a historical document bearing witness to the way the Holocaust squeezed out its victims’ lives. What is unexpected is its charm: the honesty of the girl who is falling in love with the only eligible boy sharing her captivity; the girl who cannot stand her mother (who, like all mothers, ‘doesn’t understand’ her).

Like the others in the annexe, Anne was eager for news of Allied advances but, in her achings and her celebrations of ordinary life, she shows us what they were fighting for. She fell victim to its horror in the end, of course, and as we read we know that shadow will fall. But she encourages us to believe that ordinary life cannot be extinguished – that, as for my mother’s neighbours, surviving the horror would be part of their story, too.

Anne Frank: The Collected Works is published by Bloomsbury Continuum (£50)