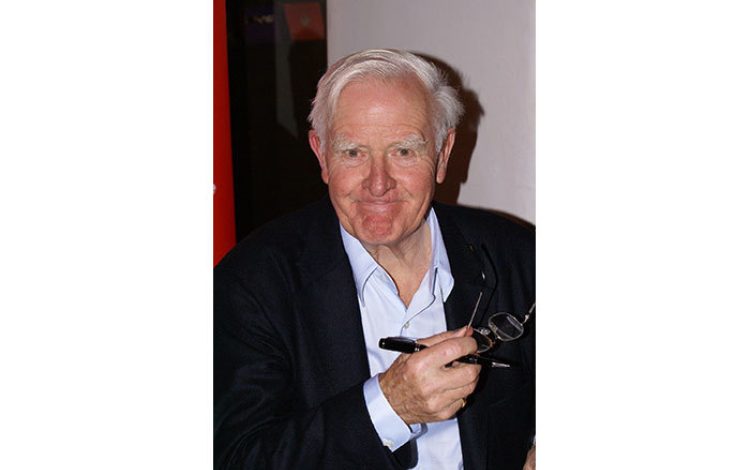 Nat is an old intelligence hand, a ‘native grade’ Russian-speaker who has recently returned to Blighty after 25 years of a successful if rackety career ‘running and recruiting secret agents of every stripe’ in Eastern Europe.

He’s 47, with an exotic, half-military, half–White Russian background, and he’s old school. According to his employers’ assessment, he is ‘headstrong’ with a ‘rugged charm’, does not ‘respond naturally to discipline’, and ‘is not by any means immune to female charms’.

Nat hopes for a last hurrah in the Russia department, but suspects the service will instead pension him off. There’s no longer much call for independent-minded agent-runners with old-fashioned skills and a horror of desk work. The average age in the Russia department is now 33, and is accompanied by a DPhil, ‘advanced computer skills’ and – it goes without saying – no experience in the field.

Instead Nat is sent off to mind the Haven, a run-down house in Camden which monitors clapped-out Russian defectors and unproductive informants. This at least gives him time for his other great passion: competitive badminton.

Into this new life come two young things: Florence, the only bright spark at the Haven, gorgeous, smart and a natural field agent, though regarded by the top brass as too headstrong; and Ed, gauche and gangly, a sincere and innocent political idealist with an excellent badminton game. When a very dormant Russian sleeper agent is suddenly reactivated, the stage is set for one last sting.

Agent Running in the Field takes Brexit and the current political chaos as a backdrop, and le Carré doesn’t pull his punches about the political moment, nor in airing his conviction that ‘Britain’s in pieces on the floor’.

‘In my considered opinion,’ one of his characters tells Nat, Britain’s departure from the European Union and dependence on the US at a time when the US ‘is heading straight down the road to institutional racism and neo-fascism, is an unmitigated clusterfuck bar none’.

A top British intelligence spook describes Trump as ‘a gang boss, born and bred. Brought up to screw civil society all ways up’; an ex-Russian agent calls him ‘Putin’s shithouse cleaner’. Putin by the way, is ‘a fifth-rate spy …turned autocrat’.

The Office, le Carré’s MI6, seems to have almost lost its moral compass. Young Florence’s operation to bug a Ukrainian oligarch – and money-launderer to the Russian mob and Kremlin – falls foul of a senior spook’s wife, a Tory peer and wealth manager who just happens to take care of the oligarch’s offshore bank accounts, as well as sitting on two Treasury sub-committees.

Another plot thread involves a sinister, post-Brexit, Anglo-American covert operation called Jericho, aimed at undermining key EU institutions and destroying trade barriers by means of blackmail, bribery and the dissemination of fake news. The country is no place for the young and decent. As one of Nat’s disgruntled old double agents asks, ‘What sort of bullshit are you Brits selling us traitors these days? Liberal democracy as the salvation of mankind? Why did I fall for that crap?’

This is, however, by no means a Brexit novel or a gloomy meditation on the state of the nation. It’s surprisingly impish and mischievous; even light-hearted.

Le Carré seems to be having a lot of fun, eschewing the agonising moral quandaries of some of his previous novels, in favour of a darkly humorous tone, and it’s deeply pleasurable to watch him strut his stuff.

A series of encounters between Nat and old colleagues, adversaries and lovers (sometimes all three) crackle with energy and bite, and the operation itself is effortlessly and elegantly spun out.

In a cast full of delicious cameos, Arkady, the former Russian double-agent-turned-billionaire – by turns threatening, angry, ironic and melancholy – sitting in his palace in the Russia mafia playground of Karlsbad, surrounded by armed security, is particularly enjoyable. There are at least half a dozen more.

There are creaks: I can’t imagine there is a single house left in Camden that hasn’t been renovated to within an inch of its life. Also, as a character, Nat, who for plot reasons has to be sufficiently fit to pose a challenge to a competitive 25-year-old, feels to me closer to 60 than to 47. But these are minor faults.

Le Carré says this will be his last full-length novel. I’m not taking bets. But even if it’s his last huzzah, it’s really good fun.

Monty’s trouble: Arnhem: The Battle for the Bridges, 1944 by Anthony Beevor