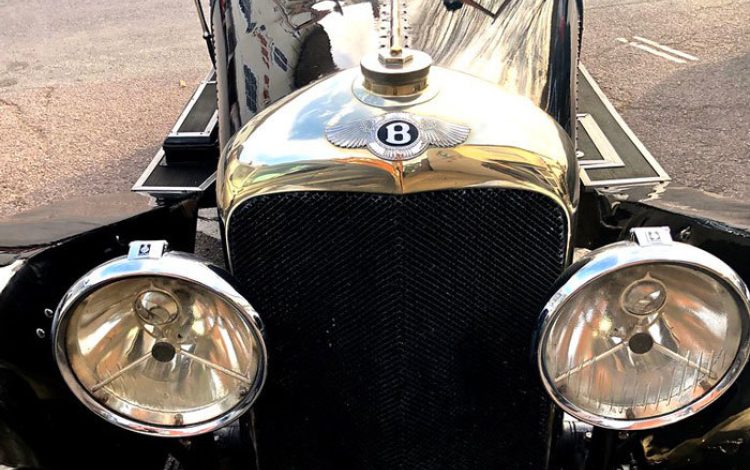 "Stockbridge" by HerryLawford is licensed under CC BY 2.0
View Full Size
1
of 1

I first visited Bentley’s Crewe factory not long after VW bought it in 1998.

It employed about 1,500 then, made around 1,500 cars a year, boasted the slowest production line in the world and was still divided by blast walls dating from the Second World War, when it produced Merlin aircraft engines.

Now, £3bn later, it’s bright and clean, employs some 4,000 people, claims to be carbon-neutral thanks to solar panels and has a concept car with paint made from rice husks and carpets from the wool of rare-breed sheep. And it has production lines that visibly move, producing about 10,000 cars a year.

The visit was really so they could show off the Bentayga, Bentley’s SUV, named after a peak in Gran Canaria. Launched in 2015 as the world’s first luxury SUV, at 190mph it is still the fastest. But the factory is fascinating, an organisational marvel to those of us who don’t spend our working lives in factories.

After a Bentayga body arrives from Bratislava, it takes two and a half to three days to fit all the bits and spray it. It passes through 47 stations, each manned by one or two people who have 15.2 minutes to perform their specialist tasks. There’s only one robot on the Bentayga line.

Just over 20 miles of wiring goes into each car, along with 12-13 bull hides (pictured) from farms in Scandinavia or southern Germany, where there’s no barbed wire. Bulls – killed for their meat – are preferred because cow hides tend to have stretch marks occasioned by calving.

A hundred and sixty sewing machines buzz away in the trim shop, with just the Bentley logos on seats taking 4,760 stitches. Some sewing is still done by hand – cross-stitched steering wheels, for instance – while wood veneers are produced from a variety of trees (not specially felled). You can use your own tree, if it’s suitable. If you order a new Bentley, you get a five-hour factory tour to help you choose your bespoke options. One lady ordered an interior to match her magenta nail varnish.

Then came the cars. I’d driven the standard 4.0 litre V8 Bentayga before, but this time we had the 6.0 litre W12 £185,000 Speed version. We also had the new hybrid, which mates a three-litre V6 engine with a battery, offering a range of a little over 20 miles. That may not seem much but it switches in and out of electric power as you go, recharging as necessary and theoretically achieving an official consumption figure of 80.7mpg. Its starting price of £133,100 makes it the cheapest Bentley.

Such is the demand for SUVs that the Bentayga takes 40-45 per cent of Bentley’s sales. Unsurprisingly, it’s extremely comfortable to drive, whether you’re idling around on busy Cheshire roads or breathing on the throttle and pushing your eyeballs back into your head. The hybrid is lighter and quieter; the Speed feels and sounds more purposeful. Choice depends largely on anticipated use but if you want to tow, don’t take the hybrid – battery configuration means it can’t have a tow bar.

61 years ago, making it the world’s oldest continuously produced production car engine. Its robust design has permitted extensive re-engineering – the latest version can run off the exhaust fumes of the first – and it’s the engine that gave Bentley its reputation for tidal waves of effortless torque (8.11lb.ft. in the Mulsanne Speed). That’s the one I’d stick with. But then I’ve always been an oldie at heart.