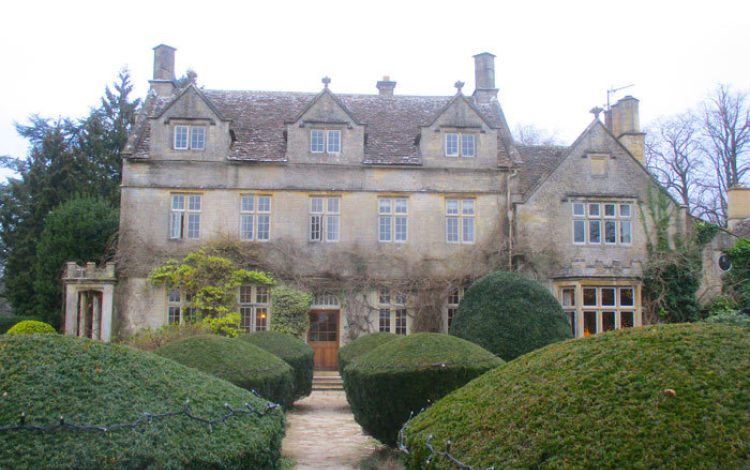 If it weren’t for Anne Boleyn, I probably wouldn’t have had one of the best pieces of chocolate cake I’ve ever tasted. Because the amazing Abbey Home Farm café, just outside Cirencester, wouldn’t have existed.

The chocolate almond cake served here is vegan and expensive – like much of the fare. But every scrumptious bite was worth it. Henry VIII’s desire for AB and resulting spat with Rome meant the confiscation of Cirencester Abbey land – and subsequently an opportunity, in 1564, for Elizabeth I to sell it to her physician, Richard Master. The land was used to establish a farm – which has stayed in his family to the present day.

And it’s now very green – its organic farm shop and café have green doors, green windows, green shelves and, if you missed the message, green shopping trolleys. In fact, it’s so green that it’s stopped stocking Ecover because, it says, that company’s refill bags-in-boxes can’t be reused. The store sells wool from the farm’s own sheep and offers Sunday roasts: conventional, veggie or vegan.

‘But you need a Black Amex card to shop there,’ said a sharp-tongued chap from nearby Bibury. Not quite. The shop’s organic veg, handprinted duvets from Jaipur and assorted exotic knick-knacks are all on the pricey side; but they have to be to sustain this hidden gem, on a working farm tucked away up a skinny lane off the B4425.

Hidden gems – and cake – are major features of the seductive Cotswolds country around Bibury, the village whose iconic Arlington Row cottages launched a thousand photo shoots. After a lovely stroll through beech-lined avenues on the Sherborne Estate, just north of Bibury – National Trust-owned and offering a variety of walks in beautiful surroundings – I popped into Sherborne’s Village Shop. It’s an old-fashioned grocery store cum trendy café with a touch of mild chaos. The staff didn’t seem to quite know what they were doing; I wasn’t sure which of a myriad menu boards to look at; and people were politely squeezing onto already-occupied tables... But the tea and the most sumptuous carrot cake were wonderful.

Cake always tastes better post-walking, and around here the scope for walking is unlimited. Westonbirt Arboretum is less than half an hour’s drive from Bibury, offering some of the finest and most varied woodland in the UK, from titanic sequoias to a serene grove of red cedars. And the recent addition of the – now de rigueur, it seems – treetop walk has given it another dimension, taking you on a safe and gentle amble into the air, suitable even for those with trepidation about heights.

Inevitably, Westonbirt draws the crowds. To be far from the madding parents, toddlers and buggies, take a footpath east from Bibury along the southern bank of the River Coln to the lesser known village of Quenington. The adjectives green and pleasant don’t begin to do justice to this walk through trees and meadows accompanied by the river’s fast, clear water.

Quenington is a quietly charming Cotswold village that lacks – for good or ill – the equivalent of Arlington Row. The Keepers Arms here had no food on offer, only crisps and nuts – and certainly no cake. So I had to double back to Bibury and settle for a well-deserved apple crumble at the Catherine Wheel pub.

For research purposes I also sampled the apple crumble at the archly named Village Pub in Barnsley, Bibury’s neighbour to the west. It was a close-run thing, but Barnsley won by its crumble.

Over the road from the Village Pub is its associated posh hotel, Barnsley House, based where the late Rosemary Verey used to live and incorporating her garden. It’s still a lovely place; but in the 1990s I had the honour of being shown round the garden by Verey herself and, without her formidable presence, it lacks the magic she wrought.

Verey was a friend of a less celebrated gardener, Doreen Kemp, who lived in Pigeon House at the east end of Bibury. And some of the plants that Verey donated to her are still growing here, tended by Steve and Wendy Hazelwood who bought the house – the oldest in Bibury, dating back to 1580 – after Kemp’s death.

As well as extensive renovations to the Grade II*-listed property, the Hazelwoods have converted the 17th-century dovecote in its grounds into a romantic B&B nest for couples. In the two years they’ve been renting it out, they claim there have been four marriage proposals in the place – so, be warned. On Airbnb it’s listed as the Hidden Dovecote.

Nearby stands Bibury’s St Mary’s Church, sturdily Saxon with Norman embellishments, and filled with architectural treasures. The hidden delight here is the brilliant stained-glass window tucked away in the north wall of the chancel and designed by Karl Parsons. The modernity of this Madonna and Child from 1927 was then controversial for its windswept Mary, looking like a tough mum bringing her baby into a turbulent world.

Talks that are part of Bibury Literary Festival 2019 will be held in the church and given by the likes of Sandra Howard, Angela Levin and Jane Ridley. And I’m told by the organisers that, yes, there will also be plenty of cake.