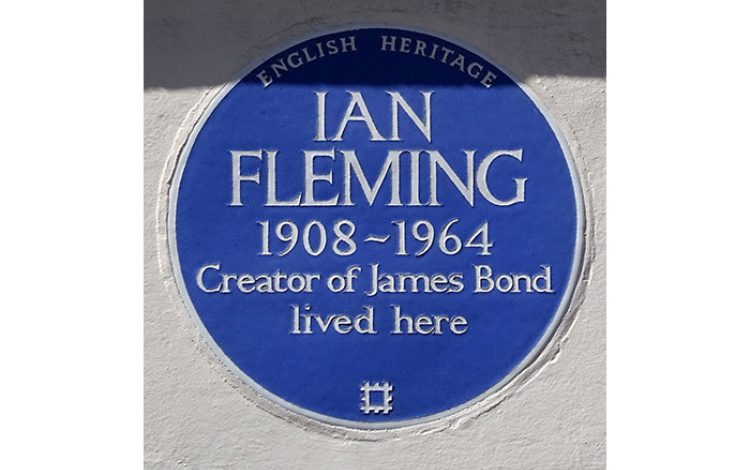 I last saw my uncle, Ian Fleming, in church at his mother’s funeral in 1964. He was in the pew opposite, supporting himself with a stick and with that grey-white visage of the very ill. Less than a fortnight later, he too was dead, at the age of 56.

For the previous few weeks, he and his mother (my grandmother) had been in nursing homes – he in Hove and she nearby in Brighton – which was distressing but, it has to be said, made visiting easier for members of the family. My father, Peter Fleming, drove there with his half-sister, Amaryllis, who, always more straight-talking, said on the way back, ‘You realise that Ian is dying’. My father refused to countenance this and said, ‘Nonsense’ – or some such.

Ian died on 12th August 1964, poignantly on the 12th birthday of his son, Caspar. It was also the day that the first copies of his only children’s book, Chitty Chitty Bang Bang, were sent out.

For our side of the family – well, for my father – the Glorious Twelfth, the opening of the grouse-shooting season, was always a red-letter day. And there we were that day, on a moor in southern Scotland (Sister Teresa of these pages among our number). During a damp, tweedy picnic – tartan rugs, steaming dogs, tin thermoses – I noticed my father sitting a little away from the group and not joining in. He had heard the news of his brother’s death that morning – but told us only when we returned to the house. He then left for the south. Tributes to the creator of James Bond poured in.

Only two years had passed since Ursula Andress in a white bikini had stepped out of the sea holding a conch in the first Bond film, Dr No.

That was followed a year later by From Russia with Love, for the première of which Ian’s formidably social wife, Ann, threw a party at their house in Victoria Square, to which I went with my father.

I remember sitting on an upstairs landing at a round table in the middle of which was a large bowl of caviar (something I had never seen before), accompanied by chopped eggs and raw onion. On dainty chairs in the elegant drawing room off that landing perched corpulent men such as Evelyn Waugh, Cyril Connolly and Arnold Goodman. They were Ann’s – not Ian’s – friends, and he soon sloped off to bed.

The films brought untold success and celebrity to Ian in those last couple of years, but genetic heart disease, made many times worse by years of heavy drinking and smoking, had taken its toll. Roll back to the healthier years and you find an attractive, interesting, complicated man; a clubman, never happier than when playing golf or bridge with undemanding companions; a loner au fond; a pursuer of women – and also pursued by them; a cruel tease and a kind friend; someone with a keen visual sense and an unusual gift of prescience.

For my sister, my brother and me, living deep in the country in the drab austerity of the 1950s with dark boxy cars, tinned fruit, corned beef and liquorice sticks, a visit from Ian was a tonic. Long before James Bond had caught the public’s attention, he would arrive in a car that had an extra purr to the engine, and he would make us all laugh, tell us interesting facts and bring tales of foreign places. A bore he was not.

Ian (1908-64) was the second of four brothers. After a mixed career – Sandhurst, Reuters, the City and then, unexpectedly but crucially, five years’ war service at the heart of naval intelligence – he did not put pen to paper seriously until he was in his 40s, and then only with diffidence and embarrassment.

In 1953, Coronation year, with encouragement and help from his friend the poet William Plomer (pronounced Ploomer), Casino Royale was published and James Bond came into existence.

A book a year followed – 12 novels and two collections of short stories – all written in the two months he spent in Jamaica. ‘Not a patch on his brother, but very readable’ was the thrust of many of the early reviews.

His style of short sentences and expressions such as ‘Bond’s gun spoke once’ was mocked, only to be widely emulated, and his genius for names and titles has ensured that many are now part of the lexicon; barely a day goes by when you don’t come across a pun or a play on those titles.

To a journalist who visited him in Jamaica in his last year, Ian Fleming said, ‘One can only be grateful to the talent that came out of the air, and to one’s capacity for hard, concentrated effort. I am perhaps the smallest and most profitable one-man factory in the world. I don’t want yachts, racehorses or a Rolls-Royce. I want my family and friends and good health and to have a small treadmill, with a temperature of 80 degrees in the shade and in the sea, to come to every year for two months. And to be able to work there and look at the flowers and fish, and somehow to give pleasure, whether innocent or illicit, to people in their millions. Well, you can’t ask for more.’

There is no question that, as the Broccoli family’s 25th Bond film, No Time to Die, opens, pleasure indeed has been given worldwide, and for those of us who have been associated with the ‘factory’ it has been, above all, fun.

Even Her Majesty recognised that for the opening of the 2012 Olympic Games in London.

No Time to Die is released on September 30

After the Tory landslide, nice/nasty matters more than left/right