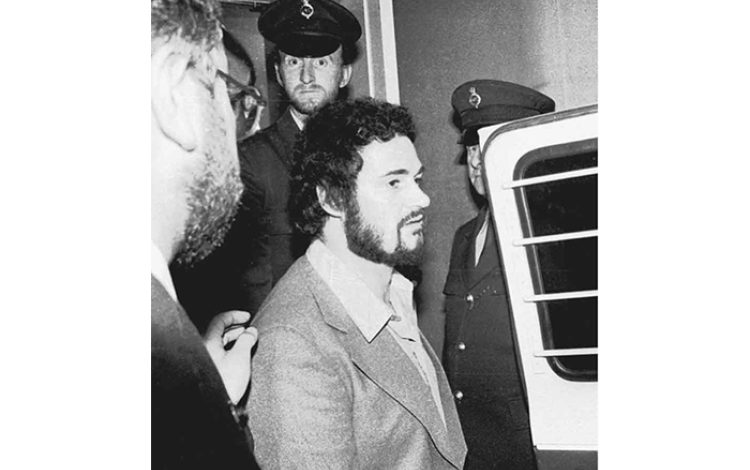 As The Ripper is shown on Netflix, crime correspondent Duncan Campbell remembers the lawyers who appeared in cases involving the Yorkshire Ripper and the Kray twins’ henchman

As The Ripper is shown on Netflix, crime correspondent Duncan Campbell remembers the lawyers who appeared in cases involving the Yorkshire Ripper and the Kray twins’ henchman

Peter Sutcliffe, the Yorkshire Ripper, has died, unmourned. In his memoir, A Life of Crime, the former barrister and judge Sir Harry Ognall recounts his part in Sutcliffe’s prosecution.

Describing how Sutcliffe gave evidence in his Old Bailey trial in 1981, he writes, ‘The indelible impression with which I was left was that his appearance in the witness box was Sutcliffe’s last chance to strut a stage, invested with the colossal notoriety of the forensic spotlight – and he enjoyed every minute of it.’

He also recalls that, while preparing for the trial in London, he locked himself out of his flat when he stepped outside to collect the milk from the doorstep and the door slammed shut behind him.

‘Dressed only in my underpants, I had to cross the Brompton Road and make a reverse-charge call to Chelsea Police Station. I can tell you that the officers who attended took some persuading that I was a QC preparing for my cross-examination in the Sutcliffe trial.’

A Life of Crime heralded a flood of legal memoirs, from Geoffrey Robertson QC’s Rather His Own Man and the anonymous bestseller The Secret Barrister to this year’s In Black and White by the young black barrister Alexandra Wilson, who recounts how court staff often assume she must be a defendant.

The latest in this genre, which could come under the heading of briefs' encounters, is No Lawyers in Heaven by the solicitor, Henry Milner.

His client list is like a national rogues’ gallery. There’s Kenneth Noye, acquitted of murdering an undercover policeman but convicted of killing another man in a road-rage stabbing. Or Fred Foreman, one of the last surviving henchmen of the Krays, jailed for disposing of Jack ‘The Hat’ McVitie’s body but cleared of killing Frank ‘the Mad Axeman’ Mitchell.

We learn which judges were hard-hearted, which gentle. ‘I would receive a call from a defendant the day before his trial was to begin, anxious to hear who his judge was. Hearing the names Abdela, Argyle or Edward Clarke would put fear into the heart of the most hardened criminal.

“Many defendants found themselves conveniently ill or even beaten up, in the hope that their trial would be postponed and allocated to a more kindly judge, such as Christmas Humphreys (nicknamed “Father Christmas”).’

If he had a pound for every time he had been asked ‘How can you defend someone you think is guilty?’, he says he would have retired years ago. ‘Suppose he tells you he’s guilty?’ is the next question. ‘Then he has to plead guilty or you can’t act – certainly not if he wants to give evidence.’

Hardened criminals are canny about phrasing a delicate question: ‘Hypothetically speaking – if I was there (which I wasn’t) – would I be able to run self-defence?’ Or ‘If a person in my shoes were to plead guilty, what sort of sentence would he get?’

Milner had a soft spot for some of his clients. He represented the dodgy John ‘Goldfinger’ Palmer, acquitted in the Brink’s-Mat stolen-gold-bullion case but shot dead in his Essex garden in 2015 in a still unsolved murder.

Palmer was jailed for defrauding elderly would-be time-share-buyers in Tenerife. ‘When he came to London every few months, he would invite me to the River Room at the Savoy to ask my opinion on this and that,’ writes Milner.

Palmer told him that, while at the Ritz in Paris, accompanied by a couple of bodyguards, he ordered what he thought was a £700 bottle of wine and found out too late that it was in fact £7,000. So easy to miss that third nought when you’re having fun.

With Fred ‘Brown Bread’ Foreman, the Kray henchman, Milner found his manner ‘refreshing, compared to the usual hyperbole one has to suffer, listening to clients trying to impress you with their power, wealth, shrewdness and charitable deeds’.

William Clegg QC, in his recent memoir, Under the Wig, cites the fictional television attorney Perry Mason as his role model: ‘I loved the drama of his plots and the theatre of his showdowns.’

He also recalls the old days at the long-closed Bow Street Magistrates Court. Drunks in dinner jackets would appear in the dock and ‘certain solicitors would slip a few pounds to the press to go and have a cup of coffee when their client came in so that their case wouldn’t get in the papers’.

Even now, with so many courts closed by COVID, there will never be a shortage of legal tales.

One of my favourites concerns the late former Labour leader John Smith QC, an admired advocate in his native Scotland. After one of his clients had been convicted and jailed, he went down to the cells to commiserate.

‘Aw, dinnae worry, Mr Smith,’ was the response. ‘You were so good I almost believed you maself!’

Henry Milner’s No Lawyers in Heaven: A Life Defending Serious Crime is out now (Biteback, £18.99)

At rest in the Harrow Road

Who was Edgar Lustgarten? - Duncan Campbell