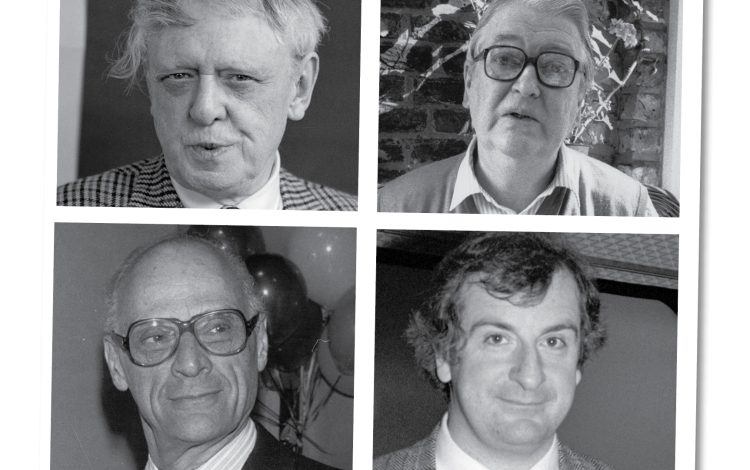 Circus of Dreams describes the towering tsunami of creative energy and talent that engulfed and transformed the fusty literary world for ever. By Charlotte Metcalf

Reading John Walsh’s adventures in the literary world of the 1980s is like donning a pair of spectacles that bring blurred memories into sudden, sharp focus.

In his role as aspiring and then actual literary editor, Walsh worked for publishers and newspapermen who became household names, such as Lord Weidenfeld, Rupert Murdoch and Andrew Neil. There is hardly a literary giant he did not meet, from Martin and Kingsley Amis to Anthony Burgess and Seamus Heaney.

My own first post-university job was as a happy dogsbody for Virago Press under Carmen Callil, whom Walsh describes as a ‘menacing nanny’. Back then, the literary world was small enough for us all to brush shoulders with people who went on to have glittering careers, such as Tina Brown, Nigella Lawson and Tim Waterstone of his eponymous bookshops.

Like Walsh, many of us devoured Money, The Comfort of Strangers, Restoration, The Buddha of Suburbia, Oranges Are Not the Only Fruit and The World According to Garp. We remember being shocked by the sex and violence in The White Hotel and can still quote the first line of Earthly Powers: ‘It was the afternoon of my 81st birthday, and I was in bed with my catamite when Ali announced that the archbishop had come to see me.’

Another time, Walsh gleefully recounts the story of Arthur Miller’s being invited by Peter Florence to attend his new festival at Hay, whereupon the great American playwright replies, ‘Hay-on-Wye? What is that – some kinda sandwich?’

With a successful literary career of his own under his belt, Walsh demonstrates a reckless disregard for polite or flattering characterisation, in favour of visual and deliciously mischievous satire, sometimes worthy of a contemporary Hogarth. He likens the agent Ed Victor to an ‘Old Testament squash player’ and describes Kingsley Amis (whom he found to be a ‘charming and beguiling chap’) as ‘the pop-eyed, misogynistic, crypto-fascist of legend’.

I savoured this book for its swashbuckling name-dropping. But if the reader finds Walsh to be a bit of a show-off, the relish and humour with which Walsh directs his ruthless gaze on his own shortcomings and social gaffes will make you chuckle and like him simultaneously.

Early in his career, while on probation at Gollancz, he is summoned for a dressing-down by his chairman, who says, ‘The point is, Mr Walsh, this is a sleeves-rolled-up working environment. You are here not to socialise but to get work done. There is plenty of time after work for informality.’

Another time, when he mentions to Sally Emerson, editor of Books and Bookmen, ‘in a callow, braggartish way’ that he’s recently had dinner with Douglas Adams, Sally merely nods sweetly at Walsh. With disarming, self-deprecating irony, Walsh writes, ‘Perhaps she didn’t want to steal my thunder by mentioning that she’d been having a raging affair with Douglas for some months.’

Far beyond being a vehicle for delightful gossip and anecdotes, this book is a thought-provoking account of a decade of exuberance in which the English novel found new confidence and noisily asserted itself on the international stage.

‘In the fiction of the 1980s, the English language was cleansed of indolence, fog and banality,’ Walsh writes. ‘In their place came hyperactivity, attack, clarity, surging narrative’ – qualities to be found in this enormously enjoyable book.

Circus of Dreams made me happy to be an oldie. We were lucky enough to experience all the messy, noisy, spontaneous, jostling, raucous fun of office life. That was before the joyless practice of communicating via screen and electronic media drove us apart into today’s blander, drearier, lonelier working world.

Buy the books from the Christmas Gift Guide 2018 supplement

All ears: 'Stories of Hearing Lost and Found' by Bella Bathurst reviewed by Nicola Shulman