Crime – don’t we just love it? 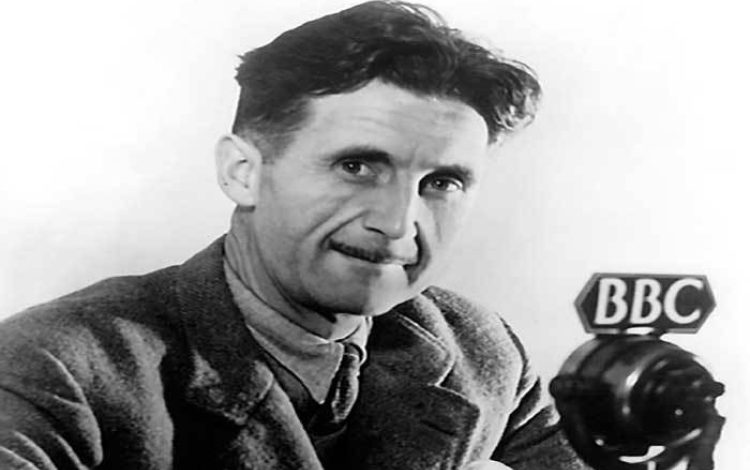 George Orwell, who wrote "Decline of the English Murder" in 1946, knew how much the British loved a good murder
View Full Size
1
of 1

In 1998, the late Peter Scott – known variously as the Gentleman Thief, King of the Cat Burglars or the Human Fly – was tried for the theft of a Picasso from a Mayfair gallery.

I once asked him why he, a 67-year-old with dodgy knees, was still at it.

‘I was poaching excitement,’ was his wistful response. The septuagenarian Hatton Garden burglars, better known now as the Diamond Wheezers, would doubtless have said much the same after having their collars felt for stealing £14 million’s worth of jewels and gold over the Easter Bank Holiday in 2015.

The Hatton Garden burglary has led to three films, a four-part television series, five books and even a jolly song. The burglary was seen as ‘old school’: no stabbings, no masked thug on a moped grabbing a young woman’s mobile phone and no creepy cyber-thief sneaking into anyone’s digital bank account. There was even a defendant called Billy the Fish and a witness called Jimmy Two Baths (Don’t ask.)

Ah, we do love our crime. It may be in the form of the rascals who nick stuff – one Mail Online reader even commended the Hatton Garden chaps for being prepared to work over a Bank Holiday weekend – or it may be in our fascination with the much darker offence of murder.

So far this year, there have been extensive television programmes on Fred and Rose West, the Yorkshire Ripper and the unsolved fatal shooting of Jill Dando, all dealing with crimes more than two decades old, yet still attracting attention.

In March, a new magazine, Crime Monthly, was launched by Bauer Media, whose group managing director, Rob Munro-Hall, explained the decision on the grounds that ‘fascination in real-life crimes is exploding on all platforms, and we’re excited to be the first publisher to take advantage of this new opportunity’. While ‘exploding on all platforms’ might be an unfortunate choice of words in these days of apparently random suicide bombers, he is right to say there is a great demand for everything to do with crime, whether fictional or real. How come?

Judith Flanders – in her terrific book The Invention of Murder – quotes Thomas De Quincey on why we are so enthralled: ‘It is like hearing blustery rain on the windowpane while [we are] sitting indoors.’

George Orwell’s essay Decline of the English Murder (1946) extols ‘the old domestic poisoning dramas, product of a stable society where the all-prevailing hypocrisy did at least ensure that crimes as serious as murder should have strong emotions behind them’.

Much has changed since Orwell painted his picture of a News of the World reader sitting down happily after Sunday lunch – with ‘the wife asleep in the armchair’ – to enjoy a detailed report of a murder. He would certainly have seen the present surge in knife killings, often over the tiniest insult or territorial gang incursion, as further proof of the decline in old-fashioned, domestic poisonings – and dramas about them.

Since there aren’t quite enough vintage British murders to feed our appetites, the gaps are now filled by American ones. The recent Netflix series Conversations with a Killer was based on death-row interviews with the serial murderer Ted Bundy, also portrayed by Zac Efron in the new film Extremely Wicked, Shockingly Evil and Vile. When told during his prison interviews that there might be a book based on the conversations, Bundy replied, ‘I don’t care what you say, as long as it sells.’ He was on the money there.

Britain has a long tradition of voyeuristic enjoyment of crime. Dickens tapped into it brilliantly in his novels, though he was less impressed by the public’s fascination with what we now call ‘true crime’. He attended the 1840 execution of the valet François Courvoisier, who had slit the throat of Lord William Russell. He recorded his impressions afterwards in a letter to the Daily News, noting that he had seen ‘no sorrow, no salutary terror, no abhorrence, no seriousness… I should have deemed it impossible that I could ever have felt any large assemblage of my fellow creatures to be so odious.’

There has been a bit of a backlash recently against the oceans of blood lapping over the airwaves in the shape of documentaries and podcasts. But the forbidden, as every priest and schoolteacher knows well, is always enticing and the desire to poach excitement – however shockingly evil and vile it might be – will ensure that there will always be a large assemblage ready to consume it.