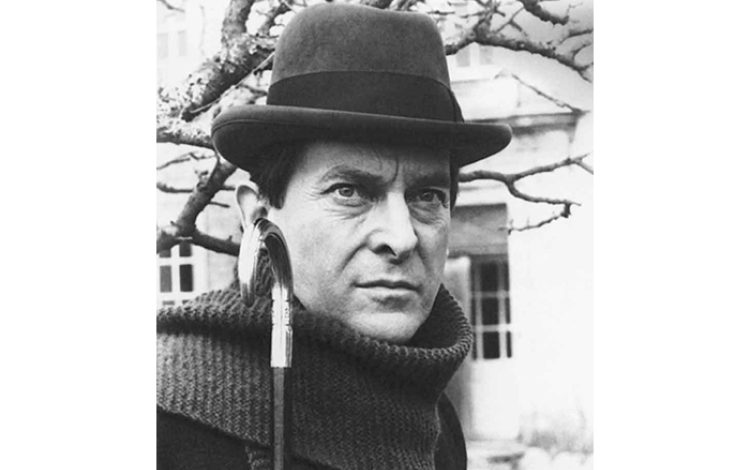 It is 25 years since the death of the definitive Sherlock Holmes. Jeremy Brett played the great detective in Granada’s big-budget versions of Arthur Conan Doyle’s stories from 1983 to 1994.

I remember watching the first episode and thinking: finally, here is a Holmes who has stepped straight out of The Strand Magazine. When I read Conan Doyle, this is the voice I hear; when I look at Sidney Paget’s illustrations (below right), this is the man I see.

Previously only one actor had managed the difficult trick of both looking and sounding like the great detective, and then only in two films. Basil Rathbone starred in The Hound of the Baskervilles and The Adventures of Sherlock Holmes, period dramas released by 20th Century-Fox in 1939, after which Universal Studios bought the rights. Poor Rathbone (subject of a new biography, David Clayton’s The Curse of Sherlock Holmes) had to play Holmes in a string of B-movies set in the 1940s.

In the intervening 40 years, countless actors donned Holmes’s trademark deerstalker. ‘Trademark’ is the right word – it was an invention of the Sherlock Holmes industry which sprang up in America.

Conan Doyle didn’t object, since he made a fortune out of the Sherlock Holmes play, starring the actor William Gillette, that saddled the detective with this inelegant country headgear. With only a few exceptions, Sherlock Holmes films and television series had him walking around London as if dressed for an Edwardian shooting party.

Brett never made that mistake. Nor did he smoke a swollen, curved pipe. Fans of Peep Show may recall an episode in which Mark, played by David Mitchell, takes a job doing London history walks but refuses to brandish ‘the mythical Meerschaum’ on the grounds that Holmes never smoked one. Gillette gave him a calabash pipe, not a Meerschaum.

Indeed, Brett would have stormed off the set if the producers had suggested any sort of solecism. He had, after all, been educated at Eton, where he bore the more proletarian surname Huggins. (He took his stage name from the label of his first suit, made by Brett & Co. of Warwick.)

He was also a drama queen in more ways than one – he lived with two male partners in between his two marriages – and, while preparing to become Holmes, developed a full-blown obsession with Conan Doyle’s stories, demanding fidelity to the original text.

Granada found his nit-picking tiresome but it paid off, at least in the first couple of series. Brett’s Holmes captured the neurotic impulsiveness found in the stories but missing from other actors’ performances. And then, very sadly, it all went wrong.

‘TV Sherlock in Mental Home,’ shrieked the Sun in 1986. Brett had a nervous breakdown after the death of his second wife. In later episodes, he was on horrible medication. It is painful to watch the opening credits of the series, showing a debonair, rake-thin Brett, and then encounter a Holmes swollen by water retention and rendered breathless by heart disease.

You can spot a touching concern in the face of Edward Hardwicke, a close friend who became Brett’s second Dr Watson after the superb David Burke had to leave because of other professional commitments.

Holmes’s increasingly manic mannerisms also reflected the actor’s bipolar disorder. His death at 61 devastated his colleagues and audiences, for Jeremy Brett was a lovely man.

Every few years, I watch the entire Granada series. Even at its most unnerving, Brett’s portrayal grabs you by the throat. Also, Patrick Gowers’s score, a gigantic set of orchestral variations on his original theme tune, is the finest ever written for television.

Incidentally, Sherlock, created by Steven Moffat and Mark Gattis, starring Benedict Cumberbatch, started out as a truly brilliant updating of the stories. Then they allowed Dr Who-style fantasy to intrude on the recipe and ruined it. The series features on a new set of Holmes stamps (pictured bottom left).

I am a lifelong devotee of Sherlock Holmes – almost a ‘Sherlockian’, the name given to Holmes fans who pore over the so-called Sacred Writings as if they were Holy Writ. They aim to explain the hundreds of discrepancies with which Conan Doyle – who banged his stories out in a hurry – littered their pages.

Take Dr Watson’s wife. In The Sign of Four (1890), Conan Doyle has the good doctor marry the heroine, Mary Morstan, but then kills her off so Watson can return to Baker Street. Yet in The Blanched Soldier, a feeble short story dashed off in 1926 and set just after the Boer War, Holmes says that at the time Watson had ‘deserted me for a wife’.

The Annotated Sherlock Holmes of 1967, examined all the references to Mrs Watson and decided she must have been the third, since Watson refers to his wife in a story set before The Sign of Four. Sherlockian scholar Trevor Hall concluded that Holmes’s companion must have married five times.

Perhaps Brett – two wives, two long-term boyfriends – should have portrayed the doctor. And, in fact, he once did: in a stage adaptation four years before the Granada series, he played Watson to one of the least definitive Holmeses of all time: Charlton Heston.

At the height of the Sherlockian movement, in the middle of the 20th century, scholars all over the world – including serious academics in other fields – were caught up in this game, particularly in America.

It was all a far cry from the actual origins of the conceit, which lay in a tongue-in-cheek mock exegesis of the Holmes stories in 1911 by Mgr Ronald Knox, whose intention was to parody liberal Protestant attempts to demolish the credibility of scripture.

In 2004, Richard Lancelyn Green, the world’s foremost expert on Sherlock Holmes, was found dead in his Kensington flat, garrotted with a shoelace tightened by a wooden spoon. An investigation by David Grann in the New Yorker showed that Green – locked in a furious dispute over the fate of Conan Doyle’s papers – staged his own ‘murder’ to incriminate a hated rival.

‘A mystery worthy of Sherlock Holmes,’ said all the newspapers. But it wasn’t. If the tragedy illustrated anything, it was that when you create a character as utterly compelling as Sherlock Holmes, you also create dangerously obsessed fans.

And that certainly wasn’t Arthur Conan Doyle’s intention. No one was less interested in the fine print of the Holmes canon than the man who wrote it.

When William Gillette was writing his play, he wrote to Conan Doyle asking whether he minded if the detective got married in it. Back came a reply to chill the heart of any devout Sherlockian: ‘You may marry him, or murder or do what you like with him.’