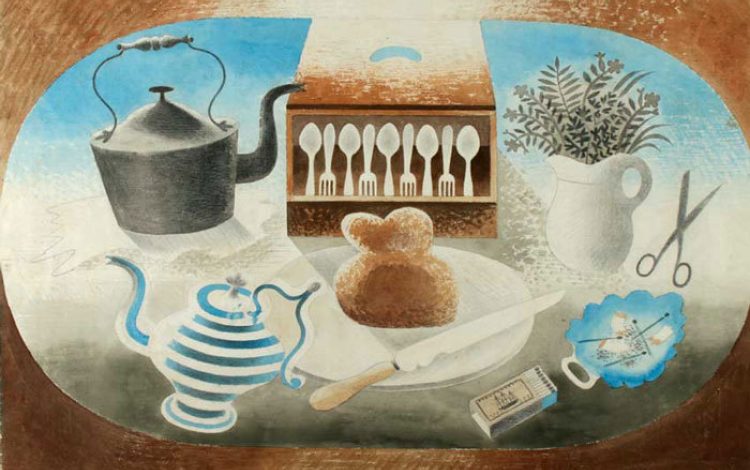 I am a great admirer of Dr Amy Orrock’s exhibitions, and this show at Compton Verney looks as if it will match up to the fascinating Bruegel show she curated at the Holburne in Bath two years ago.

To bring together Van Dyck’s The Eldest Children of Charles I from the Royal Collection, Hogarth’s The Graham Children (National Gallery) and Millais’s Bubbles (Lady Lever Art Gallery, Liverpool), along with their preparatory sketches would be triumph enough – even without Steen, Leyster, Murillo, Johan Zoffany, Gainsborough, Reynolds, Winterhalter, Epstein, Spencer, Bourgeois and Freud hanging nearby. In all there are about 60 works gathered from collections around the country in this show.

The oldest child, as it were, is the short-lived Edward VI, seen as an infant Prince of Wales in a copy after Holbein, and then aged about 13, as king, painted in profile by William Scrots. This is a splendid piece of allegorical propaganda; despite his youth the monarch is presented as the Sun’s alter ego, to whom the heliotrope turns in homage. Two other Princes of Wales on show are Henry, the also short-lived elder son of James I, painted by Robert Peake, after killing a stag, and the long-lived future Edward VII, pictured in his sailor suit by Winterhalter in 1846, presumably at Osborne.

The final room is devoted to paintings, sketches and sculptures of artists’ own children, including work by the major 20th-century figures. To extend the theme, there is an accompanying exhibition of contemporary work, again of their own children, by three contemporaries, Chantal Joffe, Mark Fairnington and Matthew Krishanu.

I know that I am not alone among Oldie readers in loving the work of Eric Ravilious. His watercolours are sometimes dismissed by arty folk as too likeable to be liked. In fact, for all the charm and Englishness, they are very good indeed. He was another who died young, at 39 in 1942, one of three official artists killed in the Second World War. So, while one cannot say how his art might have developed, there is increasing strength in the late work.

His wife, Tirzah Garwood, also died comparatively early, of cancer in 1951. Her specialities were wood engraving and paper marbling, and in recent years her work has been retrieved from undeserved obscurity, partly owing to the belated publication in 2016 of her splendid autobiography Long Live Great Bardfield.

The country’s largest Ravilious collection is held by the Towner Gallery in Eastbourne, where he met Tirzah when he taught her at the art school, but the Fry has its own excellent examples in its North West Essex Collection. About 150 items are in the show, including watercolours, paintings, prints, papers, ceramics and box constructions, some of them loans from private collections, many of which have not been shown publicly before.

Although Mr and Mrs Ravilious enjoyed affairs, they remained very close. It’s intriguing to see the influence that they had upon each other’s work.

How to buy a picture - Huon Mallalieu

Huon Mallalieu - Poussin and the dance