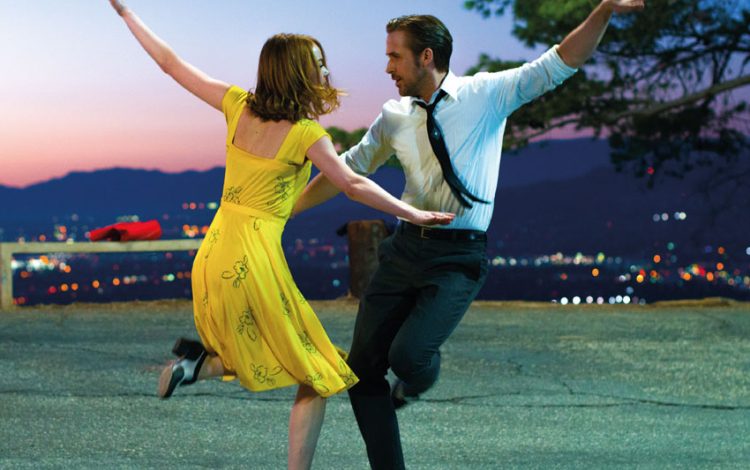 I have to admit I feel slightly befuddled by people’s reactions to La La Land (12A). On one side are the evangelists, who adored every moment of this lavish homage to Hollywood musicals of the long-distant past. This group includes all critics and not a few of my friends. On the other side, grunting and snarling, is a small group of furious refuseniks, who complain that neither Ryan Gosling nor Emma Stone can sing or dance, which is true, sort of. But does it matter, I ask? Steam pours out of these people’s ears, as they stomp off into the night, feeling conned by the film and the extraordinary praise it has received.

And me? I’m somewhere in the middle. I liked it, almost as much as Damien Chazelle’s previous film, Whiplash, the one about mad jazz drumming that exhausted us all a couple of years ago. But I also found it slight and a touch schematic. La La Land is one of those films that’s all on the screen: you enjoy it while you’re there and never give it a moment’s thought thereafter. Maybe that’s the aim of a film that aspires only to be pure entertainment. But perhaps the unanimity of critical approbation led me to expect a little more.

Ryan Gosling, never entirely shaven but never quite bearded, plays a jazz pianist who wants to open his own club. Is there any other type? I wondered throughout whether it was really him playing all those amazing solos, or whether it was all done with CGI. (Neither, it turns out. Another pianist played them, and Gosling then studied for six weeks to reproduce his playing, having never played piano before. Staggering, really.) Emma Stone, her eyes so wide you keep expecting them to drop out, is the aspiring actress who keeps going to auditions and being shown the door. (These are the funniest moments in the film.) They meet in a club where Gosling is hired to play ‘Jingle Bells’, but keeps playing Keith Jarrett-style improvisations instead.

As is required by cinematic law, they keep bumping into each other and flirtation turns pretty swiftly to love. Soon they are living together and eventually they are arguing horribly. It’s an odd balance but Chazelle keeps it all afloat, just about.

I think his intention was to mix the fantasy and glitz of old Hollywood films with the kitchen-sink reality of normal life, but in Hollywood, is there such a thing as normal life? As so often, the film eventually comes down to a single question: will they stay together or won’t they? Chazelle’s solution is ingenious but not terribly satisfying. A bit like the whole film really. The singing is passable, unless you really love musicals and then it’s a disgrace. To be fair, every song was shot in real time without overdubbing and there are only a few of them. (The paucity of the songs led my daughter, aged seventeen and very much in the refusenik camp, to describe the film as ‘a musical for people who don’t like musicals’.)

But the dancing is glorious. Not necessarily technically, but each dance sequence, carefully choreographed to conceal the actors’ limitations, is a slice of delirious fantasy that will warm the cockles of your heart.

It took me a while to realise that there is no sex in the film – or anything close to it. Instead there’s dancing, as there used to be in Hollywood musicals. I’d watch those scenes again with the greatest pleasure, but best film of the year? No, not even close.