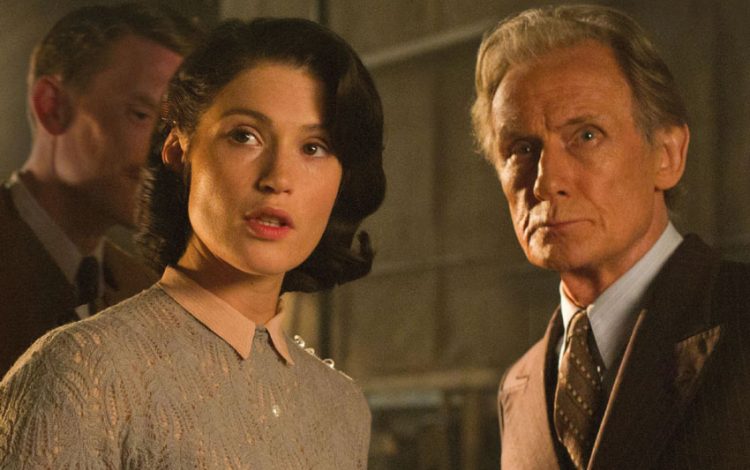 Perfect oldie fare and very good, too: Gemma Arterton and Bill Nighy in Their Finest
View Full Size
1
of 1

As you can imagine, I worry long and hard about which films to include in this column. Will it be too long, too bad, too action-packed? Will it ever be shown outside London? Will it feature Bruce Willis or, even worse, Arnold Schwarzenegger? But, with Their Finest (12A), I needn’t have worried. I am 56 years old but, on the afternoon I saw it, I was by a clear quarter-century the youngest person in the cinema.

Their Finest is set during the Second World War, and is yet another film about film-making. Gemma Arterton plays Catrin Cole, a young Welsh woman who finds herself, through all the usual plot devices, writing screenplays for the Ministry of Information (Film Division). As well as being shimmeringly beautiful, she turns out to be extraordinarily good at writing these films, and you can believe this, because Arterton is clearly as bright as the buttons on her sensible cardy.

Her fellow scribe is Sam Claflin, who played the bad-tempered quadriplegic in Me Before You earlier this year and is clearly carving out something of a niche in playing emotionally repressed, slightly cross romantic leads.

A secondary plotline follows the adventures of Bill Nighy as an impossibly vain old actor. My guess is that they expanded his role when they saw how good he was but, at the beginning of the film, you rather wonder why he keeps cropping up, having lunch with his agent and being camp and a bit useless. Words, however, are inadequate to describe how wonderful he is. Nighy is not to everyone’s taste, but this is pretty much the performance of a lifetime.

That said, the film does take a while to get going. In the first half-hour or so, everyone is a bit horrible to Gemma, because she’s only a woman, paid less than everyone else and expected to make the tea every morning. She also has a deadbeat boyfriend, a posh artist with only the one leg, who expects her to follow him in all he does and is the only truly clichéd character here. But, once the film they’re making goes off to Cornwall on location, the whole thing completely takes off. The screenplay is by Gaby Chiappe, of whom I hadn’t previously heard, and it’s based on a novel by Lissa Evans, a former TV producer who did Father Ted among other things. Between them, they have created a glorious array of rich and deep characters, who constantly surprise and delight you. Of course, it does help that the film has an amazing cast, playing often very small roles: Jeremy Irons is here somewhere, as are Helen McCrory, Rachael Stirling, Richard E Grant, Henry Goodman, Eddie Marsan. They all give of their best, which is very good indeed.

Their Finest is a tricky old beast. You think it’s a romantic comedy, and then it turns out not to be. What I would say is that it’s a comedy with immense heart, which reveals its emotional truths with some elegance. It’s also a film in which, unusually, everyone you see is doing a good job. The film they are making may be propaganda, but it’s good, decent, honourable propaganda. (And there’s much interesting discussion of the ‘truth’ of the true story they are adapting, which isn’t true at all, of course.)

More interestingly, almost everyone in the film turns out to be essentially decent, although never drearily or unequivocally so. These are difficult things for films to do, but Their Finest manages them apparently effortlessly. The oldie audience, secure in the knowledge that they had made the right choice, lapped it all up with some contentment.