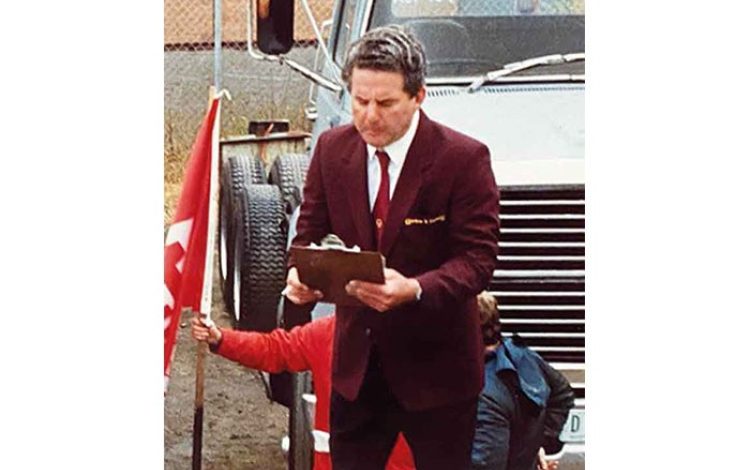 Shan Gardner (1945-2021), an exuberant auctioneer, whose manner and comic timing on the podium were often said to be a polite version of Barry Humphries’s chum Sir Les Patterson

Samantha Broadhurst and her brother Matt Gardner led the tributes at the funeral in the Cordell Chapel, Melbourne, of their father, Shan Gardner. He was an exuberant auctioneer, whose manner and comic timing on the podium were often said to be a polite version of Barry Humphries’s chum Sir Les Patterson.

Brought up in Ballina, County Mayo, and christened David, Gardner was always known as Shan after his godfather Sir Shan Hackett, the Australian general, military historian and veteran of the Battle of Arnhem.

After Harrow, in 1963 Gardner joined Nonning Station, a million acres of saltbush and red earth near Port Augusta, as a jackeroo (trainee manager), chasing sheep and cattle on horses and motorbikes from dawn until dusk in extreme heat.

Samantha said it was hard to imagine the conditions he was exposed to in the bush. ‘The conditions would send most young British men packing on the next ship home. His pushing through the sandflies, dust, humidity, heat and long hours is a true representation of his character and grit.’

In the early 1970s, Gardner worked for Elders land agents as a stock and station agent, while developing his auctioneering skills. He became an industrial auctioneer and worked for several auction houses. He acquired 944 acres of land near Willaura, western Victoria, where he bred his beloved Charolais cattle and sheep and had thoroughbred horses.

Gardner later moved to Melbourne and became a black-cab driver while developing his auctioneering career. His plans to establish his business, Gardner and Partners, under his father’s racing colours, maroon and gold, soon took off.

In 1988, Gardner and Partners was established. Gardner performed evaluations and auctions, specialising in industrial equipment.

Shan’s Driza-Bone coat, highly polished R M Williams boots, Akubra stockman’s hat, auctioneering gavel and a wooden photographic cut-out from his schooldays at Harrow were on display in the church.