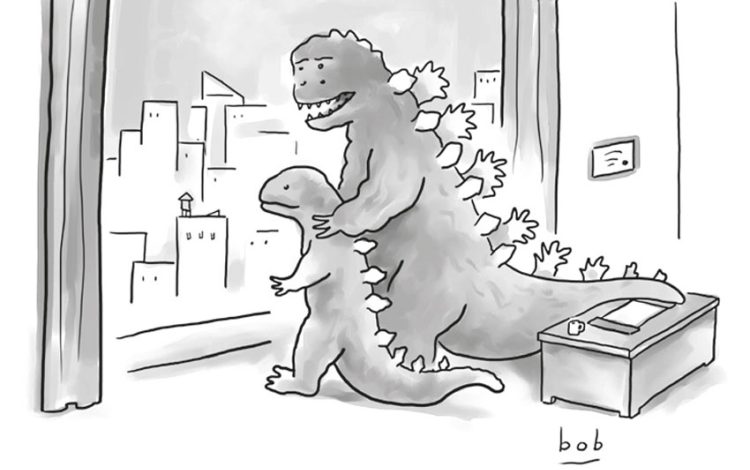 The best piece of advice I ever received from an old Fleet Street hand (other than ‘Always keep the receipts’) came from a former Punch diarist.

When I was asked to revive the Times Diary four years ago, he said, ‘You must have two stories in every column that are definitely true.’ Well, we do have standards. ‘Then a couple that are probably true but you don’t check them out in case they aren’t. “Good enough to be true” should be your motto. And then one that probably isn’t true but no one’s going to sue you.’

It is advice I have followed well. There has been only one lawyer’s letter – from Cherie Blair, and every diarist gets those.

I know, I know, hashtag ‘fake news’ and all that, but I’m not talking about inventing stories out of thin air. Heaven forbid. We don’t lie; we just sometimes give nuggets a polish to make them sparkle. When Wilde (allegedly) told Whistler, ‘I wish I’d said that,’ and got the reply, ‘You will, Oscar, you will,’ that sounds like a diarist at work.

A diary provides, as I call it in the subtitle to my anthology of the Times Diary, ‘the antidote to the news’. It is the fun bit that counteracts all the misery elsewhere. No one should take it too seriously. A diary is there to raise smiles and eyebrows.

If journalism is the first draft of history, diaries are the first draft of biography. Racy biography at that. We are the heirs to Herodotus and Suetonius. When the latter has Vespasian on his death bed sighing, ‘Deary me, I think I’m becoming a god,’ that is another diarist in action.

The diary’s golden age was the 1920s, when that carefree generation of bright young things, who had avoided the horrors of war through being born too late, revelled in their decadence. They were satirised so brilliantly by Evelyn Waugh in Vile Bodies. Readers wanted to know about their adventures – it was escapism for them, too – and they measured their social success not by wealth but by press cuttings.

The diarist was an active participant in what he wrote about. As Cecil Beaton wrote, ‘Better to mock a duke from the comfort of the duke’s drawing room than the street.’

Someone like Tom Driberg, who wrote in the Daily Express under the byline William Hickey, described his work as ‘an intimate biographical column about men and women who matter’. His friends, in other words. Randolph Churchill, to prove his importance, sent the Evening Standard’s Londoner’s Diary all the details of his 21st birthday party. He was soon editing the column. He even roped in his pa to guest-edit for a week in 1938. Winston knocked out a few stories about Lord Longford and the king’s shooting party at Balmoral. Should Boris Johnson ever fancy doing a few shifts for me, he’d be very welcome.

People like playfulness. It is surely no coincidence, as I keep telling my editor, that the Times has put on 50,000 readers since he ended a four-year barren patch without a diary. Perhaps the Daily Telegraph and the Guardian, which both ditched their diaries in the past few years, should have a change of heart?

The party circuit is an established route into journalism and some celebrated names in the industry have cut their teeth in this fashion. The art is to skulk in the shadows at events, picking up titbits from careless lips, or charming celebrities in the hope of a decent anecdote. I have a team of reporters, led by Grant Tucker, whom I call the Hobbit, as he is short, hairy and has the magical ability of appearing out of nowhere.

It was he who overheard Chris Bryant, the Labour MP, telling friends at a book launch that a famous actor had been telling people they had gone to bed together. The punchline made it worth printing: ‘He says we’ve had sex in Clapham. I’ve never had sex south of the river.’ It made him sound like a carnal cabbie. The next morning, I got a text from Bryant: ‘I did say that but I didn’t realise it would end up in print.’

I prefer to get my stories in the traditional way, over a bottle of something, though it is depressing how many lunches with MPs now start with the question, ‘Still or sparkling?’ rather than ‘Red or white?’. The Lords can be even more fertile territory. A coffee with my favourite baroness the other week resulted in four stories.

Other stories come from colleagues, rewarded with bottles of gin, who might hear lines they can’t use. I was the first to write that Boaty McBoatface was leading an online poll to be the name of a new government ship, a tip from our science editor. Or they come from freelancers who scour magazines and regional newspapers. The day after I reported that Ed Miliband had been voted ‘fourth most influential man in Doncaster’ by his local paper, it made the front page of the Sun. That it was two weeks before the general election suggested he was not destined for No 10.

My best sources, though, are the readers. A story came in from a barrister last summer who, on a hot day, had heard his opposing counsel ask a clerk about the air conditioning. ‘It’s controlled by the knob on the bench,’ the clerk said. The barrister rose and said, ‘M’lud, I understand you control the air conditioning…’

It led to several weeks of ‘heard in court’ anecdotes, some rather grey-whiskered (‘old enough to be new’, as well as ‘good enough to be true’). Most importantly, this new stream of stories allowed me more time for lunch.

I was an Airfix boy