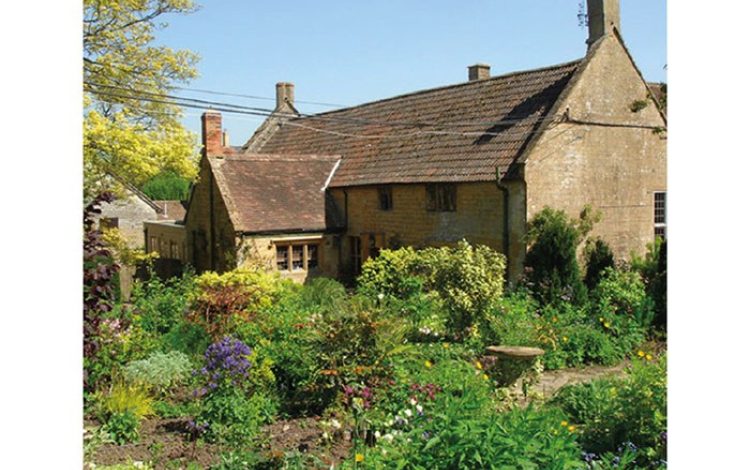 David Wheeler, who has gardened with his partner for over 30 years, appreciates the joys and challenges of couples-gardening as described by Margery Fish

Books by Margery Fish, of East Lambrook Manor in Somerset, have never been far from my reach.

During my prolonged hospital incarceration a dozen years ago, they choked my bedside locker. She was an unshowy writer but doled out stimulating paragraphs about the plants she knew and grew, gently encouraging benign covetousness in a swelling band of readers.

I passed the manor’s gates a couple of weeks ago, quietly saluting her memory while speeding to a funeral in Yeovil. Queen Victoria ruled over us at the time of Margery’s birth in 1892, but she survived into the Swinging Sixties (though I doubt she ever swung), signing off in March 1969, when her garden – for she adored spring-flowering plants – must have looked superbly well furnished.

The first five of her eight books are the best of them, starting in 1954 with We Made a Garden. Was it the editorial ‘we’ or an inclusion of her husband, Walter?

According to Margery’s nephew Henry Boyd-Carpenter, in his foreword to the 1970 paperback edition, the book started life as Gardening with Walter, ‘but the publisher to whom it was shown took one look and declared gruffly, “Too little gardening and too much Walter” ’.

The Fishes were opposites in just about every way, except they both had Fleet Street careers. Walter was a news editor and then editor of the Daily Mail, while Margery, ‘the much softer personality’, had proved herself an indispensable assistant to, among others, Lord Northcliffe, the Mail’s proprietor.

Master of all he surveyed, Walter took a leading and dominant role in the making of the manor’s garden. His preference for summer-flowering plants, especially dahlias ‘the size of soup plates’, meant Margery had to coddle secretly her ‘tiny, unassuming, even difficult plants’, for which she had great affection.

Only several years after Walter’s death in 1947 was We Made a Garden published. By that time, ‘all the borders had been reworked to include spring and late-autumn flowers, which he would never countenance’.

Most importantly, as Catherine Umphrey (in ‘Companion Planting’ in the winter 1993 issue of the gardening quarterly Hortus) went on to record in her brilliant analyses of Walter and Margery’s years together, ‘Margery Fish’s gardening genius had been liberated.’

And that sense of liberation, a vital expression of imaginative individualism, is essential to any artist worthy of the name. Yes, notable creative couples do succeed – think Rodgers and Hart, Flanders and Swann, Hinge and Bracket – and in today’s gardening world you’ll find countless duos (in a cocktail of gender pairings) working in double harness – though, like the Fishes, not always comfortably.

I have gardened with the same partner for more than 30 years. And rather like Harold and Vita at Sissinghurst Castle (there all comparisons must end), we play different parts. I enjoy the fabulous gifts of a talented landscaper, who in turn allows me to run free with plants to fill an abundance of gorgeous spaces. In time, of course, couples learn from each other. Roles mutate and lines of demarcation blur, often resulting in exchanges of exciting and fabulously unexpected ideas.

Mrs Fish’s books remain in print. They belong on every gardener’s bookcase, dusted off frequently for the sheer satisfaction of good, straightforward garden writing. Score-settling and sage-like, let the evergreen Margery, who ended We Made a Garden with these words, be allowed to repeat them here:

‘My philistine of a husband often told with amusement how a cousin when asked when he expected to finish his garden replied, “Never, I hope.” And that, I think, applies to all true gardeners.’