Gyles Brandreth - I’ve given up telly – except for one show 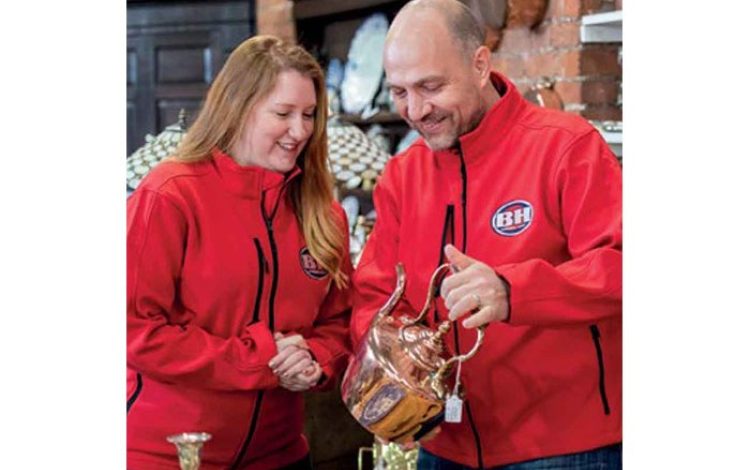 Reds don’t give me the blues: the red team on Bargain Hunt
View Full Size
1
of 1

The news and Succession are too unpleasant. Give me Bargain Hunt

When my mother was in her mid-nineties and on her way out, the one delight in her life was watching – and rewatching – The Sound of Music.

She would sit quite close to her TV screen, nodding happily as Julie Andrews and the Von Trapp children strutted and warbled their stuff across the Salzburg hills for the umpteenth time. In her final year, my mother must have seen that film a thousand times.

I am a little alarmed to report that something similar is happening to me. I am hooked on a daytime TV show called Bargain Hunt. Do you know it? It’s been going since 2000, though I discovered it only during lockdown. The premise is simple: two teams of two people (the Reds and the Blues) have an hour at an antiques fair and a budget of £300. Each team is challenged to buy three items which they later sell at auction – hopefully for a profit, more often at a loss.

Why do I love it so? It’s 45 minutes of positivity, featuring everyday British people of every type and hue, assisted by a diverse array of antiques experts who know their stuff but don’t take themselves seriously.

It’s hosted by a series of mildly eccentric but superbly professional and unfailingly jolly presenters who all have day jobs as real-life auctioneers.

I like these experts so much that I have reached out to some of them via Twitter, and three of them – David Harper, Charles Hanson and Charlie Ross – have now become proper friends.

My wife and I no longer watch the news on TV – not ever. It’s repetitious and depressing. There’s been trouble in the Middle East since Biblical times. Prime Ministers have been on the ropes since before those stories started about Gladstone and his fallen women.

Pandemics have been an on-off plague for centuries. Climate change has been playing merry hell with the environment since the Ice Age. We don’t need a nightly dose of despair. When I turn on the telly, I want a lift. That’s why I abandoned Succession. I can see it’s well done, but it’s a struggle to keep up with the dialogue without subtitles, the bad language is relentless and the characters in the story are all irredeemably unpleasant. Who needs that? I don’t.

The only TV programme my wife and I now choose to watch – truly, the only programme – is Bargain Hunt. There are 60 series and coming up for 1,900 past episodes in the archive. Even if we live to be as old as my mother, Bargain Hunt will see us out.

Profitable Wonders: Alone in the universe​